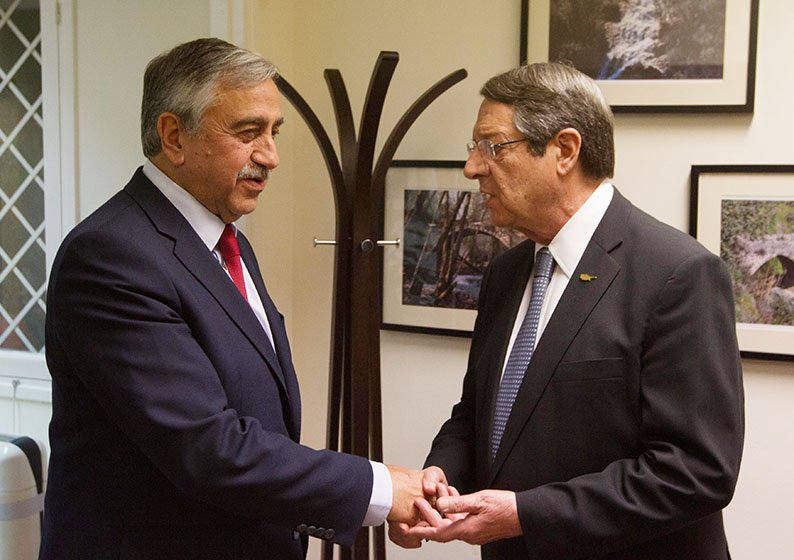 President Nicos Anastasiades, when he meets Turkish Cypriot leader Mustafa Akinci later this month, will go with an attitude of openness, the government said on Friday.

He is also in contact with UN envoy Jane Holl Lute to make sure any resumption of talks is based on the six parameters of the UN Chief’s framework.

He clarified that the meeting with Akinci would not be part of any negotiations, but rather an informal meeting “where the two, the president together with the Turkish Cypriot leader, will have the chance to discuss all issues that concern them, in a bid to facilitate efforts to formulate the terms of reference.”

The spokesman also said in order to really go back to settlement talks, both sides should be willing to discuss all issues. “The Cyprus problem is not only a matter of how to regulate the federal government, political equality provided by UN resolutions and effective participation. The Cyprus problem is also an issue of foreign occupation which needs to end, withdrawal of troops, ending guarantees, creating a security system that makes all Cypriots feel safe,” he said.

Lute, who is attempting to facilitate the two leaders in drawing up terms of reference for the start of new talks,  would not be in Cyprus to participate in the leaders’ meeting at the Chief of Mission’s residence in the United Nations Protected Area on February 26 at 10:30am.

The UN announced later on Friday that the leaders would be hosted by Elizabeth Spehar, the UN Secretary-General’s Special Representative in Cyprus.

Prodromou was asked about a reference made earlier by Edek leader Marinos Sizopoulos, regarding “incomplete UN minutes” taken during the 2017 Conference on Cyprus, at the Swiss resort of Crans-Montana where negotiations eventually collapsed.

“We never said anything about the minutes,” he said, directing media back to Sizopoulos with their queries.

He said the six parameters outlined by UN Secretary-General Antonio Guterres during talks in Crans-Montana were well-known and “must be part of the terms of reference for the resumption of settlement talks.”

Concerning the National Council session, he said Anastasiades informed participants about his two meetings with Lute earlier in the week, and the ongoing effort to reach an agreement on the terms of reference.

The resident updated the National Council also with regard to information received from the Greek Prime Minister, in relation to his contacts with Turkish President Erdogan, last Tuesday in Ankara.

“The goal is to resume negotiations from the point they were left off. And of course, the six parameters submitted by the Secretary-General should serve as a guide,” he said.

Referring to the meetings Lute is due to have with the Greek Prime Minister Alexis Tsipras and Turkish President Tayyip Erdogan, Prodromou said: “They are deemed necessary… we hope to see where we stand soon with more certainty,” he added.

Asked whether Nicosia and Lute were on the same page regarding the Guterres framework, the spokesman said: “Lute is on a mission and she is doing a job, which is ongoing. It is not useful to air occasional comments or statements.”

As for a preparatory meeting between Turkey and Greece on the security aspects of a Cyprus settlement – a reference made by Tsipras after his meeting with Erdogan – Prodromou said that this was something to be agreed between the two governments.

What matters for Nicosia, he said, is that when negotiations resume, all issues will be open for discussion, including security.

He also noted that in Crans-Montana, guarantor powers Greece, as well as Britain in a way, took a clear stance on this issue, facilitating a Cyprus settlement. It was up to Turkey to also make this move, he said and expressed hope that the preparatory meetings between the Greek and Turkish governments would help in that direction.

One of double-murder defendants changes plea