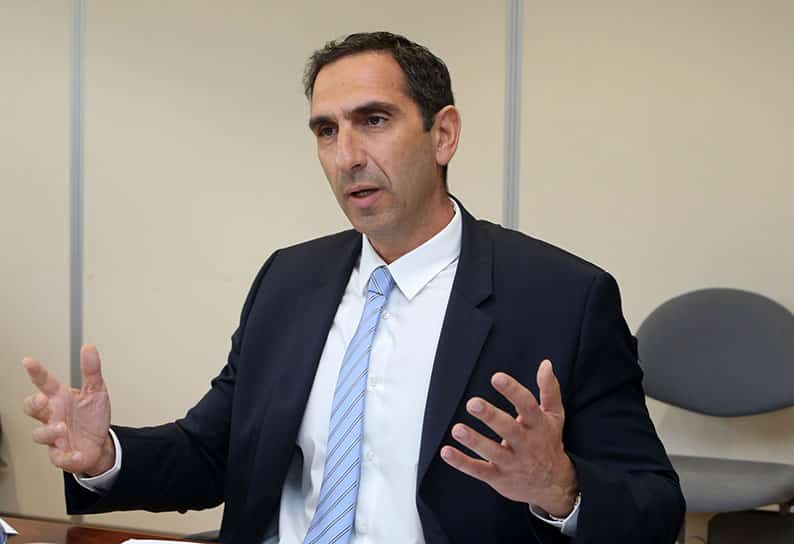 Fear and panic over misinformation about the outbreak of influenza is clogging public hospitals, limiting their ability to respond to actual cases of flu, and exposing the non-infected to the risk of getting infected by other patients, Health Minister Constantinos Ioannou said on Friday.

Ioannou was adamant there was no epidemic, calling on the public to refrain from panicking as A&Es were being flooded by fearful people, leaving medical officials unable to do their job. The media hype was not helping either, he said.

“Unnecessary panic is being created, resulting in the First Aid departments being flooded by people, which does not allow health care workers to do their job as they would under normal circumstances,” Ioannou said. “The publication of inaccurate or untrue information causes panic.”

To date, 40 serious cases of type A flu have been diagnosed, of which seven have resulted in death.

It was the death on Thursday, of a 34-year-old man with no apparent underlying health conditions that created the most disquiet among the public. It also sparked an investigation by the health ministry, and highlighted the pressure under which hospitals were operating.

“The influenza A cases constitute an outbreak, not an epidemic as some refer to it,” Ioannou said. He said the health ministry has an epidemiological surveillance unit and an epidemic is designated on the basis of international criteria.

According to the World Health Organisation, an epidemic is “the occurrence in a community or region of cases of an illness, specific health-related behaviour, or other health-related events clearly in excess of normal expectancy”

“The number of cases indicating the presence of an epidemic varies according to the agent, size, and type of population exposed, previous experience or lack of exposure to the disease, and time and place of occurrence,” it adds.
“Based on the parameters and incidents that exist, the occurrence in the population cannot be described as an epidemic,” Ioannou said. “When it comes to health issues, we must be two and three times more cautious [about what is said].”

The minister also chastised the “inappropriate behaviour” of some MPs, who interfere daily on behalf of certain patients, landing them with priority treatment, while others are pushed further back in line, which happened at least one of the flu cases.

Responding to a question on this, Ioannou said it should not even be a question and it should be self-evident that patients “should be treated with regard to the criticality of their illness and not whether they have connections or not”.

“When someone gets a phone call, one patient gets priority over another to the detriment of the other. I consider that all patients should be treated equally,” he said, conceding however that such phone calls were being made on behalf of some patients. “That’s what is happening and we do not deny it,” the minister said.

Speaking of the case involving the 34-year-old, Ioannou said that he had received the initial investigation report from the general manager of the state health services (Okypy) on Thursday noon but found it lacking and had requested further information.

He added that later on Thursday night medical reports were submitted from the Larnaca and Nicosia general hospitals, as the 34-year-old was first taken to the Larnaca hospital before being transferred to Nicosia.

On Friday morning, Ioannou continued, the director of the health ministry’s medical services was appointed to carry out an administrative inquiry into whether there was any disciplinary misconduct involved.

The minister said no timetable was set for the investigation because of the severity of the case, noting that the director of the medical services would have at her disposal all the time needed to determine if there was any wrong behaviour.

Even so, Ioannou said that the way in which the 34-year-old’s death was treated by some media outlets created unnecessary panic.

Regarding the availability of flu vaccines in public hospitals, Ioannou said that there was  1,000 in stock, and an additional 5,000 had been ordered, which is a larger amount compared to previous years.

Around 5,000 more would be ordered if necessary, the minister said, but clarified that flu vaccines were only administered to vulnerable groups as they were not a solution for the general population.

Individuals vulnerable to type A flu are those aged over 65, or suffering from chronic disease, people with immunodeficiency issues and pregnant women.

This week, three bulletins outlining precautionary measures that must be taken by the public, as well as guidelines regarding public and private hospitals in case of flu infection, the minister said.