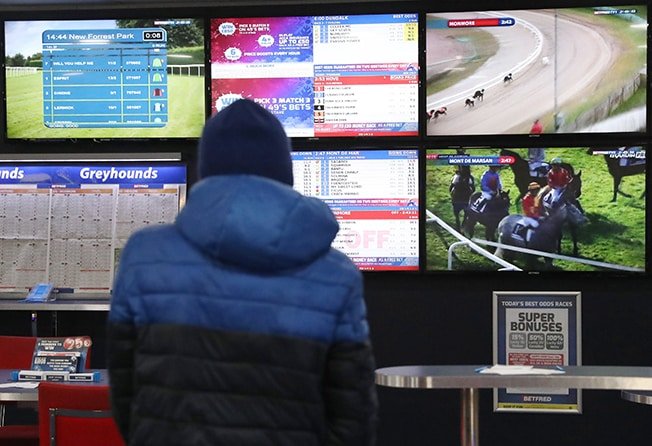 The British Horseracing Authority is confident its prompt action and ‘war room’ of vets can stop equine flu shutting the sport down for months.

BHA chief executive Nick Rust has warned a ‘three to six-month problem’ might have become reality if the national governing body had chosen to ‘play Russian roulette’ with its response to the outbreak.

Instead, he insists that the initial decision to cancel all racing for six days following confirmation of three positive cases at Donald McCain’s yard – from Thursday through to next Tuesday – will ensure the shut-down lasts no longer than “a few weeks at most”.

Speaking on ITV’s Good Morning Britain, Rust said: “We’ve got to get a hold of it quickly.

“If we play Russian roulette with the evidence we’ve got, we could have a problem for three to six months – and no one would thank us for that.

“This is a serious form of flu which debilitates horses. The welfare of our horses is really paramount, above all economics.

“First and foremost, we have no sport without healthy horses.”

Asked what a worst-case scenario might still be, with the Cheltenham Festival less than five weeks away and a call set to be made on Monday over a possible resumption of racing dependent on the outcome of tests on racehorses round the country, Rust said: “The worst fears are that we don’t contain it quickly.

“But by taking the action we have over the last couple of days – we’re effectively locking down the movement of racehorses, instructing trainers to take extra special precautions – we’re fairly confident we will manage to restrict it.

“But until we know the complete extent over the next few days of the distribution of the virus, we won’t know exactly where we are.

“We have a ‘war room’ – we have 20 vets employed at the BHA, forensic investigation, a lab in Newmarket that is processing hundreds of tests now.

“Once we know whether there has been a spread (of infection) there or not, we will be in a much better position to know where racing is.”

“We hope we’ve got a hold of it quickly and that by Monday we’ll be in a position to make another call.

“I don’t know if that will need a few more days or not. But I strongly believe this is a few weeks at most, because we’ve acted quickly.”

Concerns grew on Thursday when it became clear the three horses to test positive had also been vaccinated.

Rust added: “Vaccinations never work 100%. Racehorses are among the best looked-after animals in the country – they are super athletes.

“We’re on top of this quickly. The reason this has been picked up is because of that care and attention.

“So we’ve got a very good chance of managing this.

“We are not concerned that we are facing a (superbug) mutation issue here.”

A high-profile weekend of racing has already been lost, with Gold Cup winner Native River among those who had been due to warm up at Newbury for this year’s Cheltenham challenge.

But Rust confirmed potential Festival prep races will either be re-scheduled or other suitable ones added to the calendar, once the sport resumes.

He said: “We’re making preparations for alternative arrangements – so that when racing returns, if there were prep races for horses going to Cheltenham or Aintree, they’ll have alternative races in place.”

Champion trainer Nicky Henderson reported early on Friday morning that the BHA’s urgent action plan to test all horses is already under way.

He told BBC Radio 5 Live: “We have a team of six vets here currently – taking nasal swabs off all of our 150 horses – and they are then going to be driven immediately to the Animal Health Trust at Newmarket, where they will be analysed.

“I’m estimating it’s going to be 1500-plus (from all yards) that have been taken today.”

Henderson admits it is an anxious time.

“I’m nervous – it will be very interesting to see if any other horses have been challenged by it,” he added.

“This is very, very virulent – so it doesn’t matter how much pains you go to to keep these things at bay, it is very dangerous.”

The vulnerability of British horses outside the racing population is a potential complication, Henderson points out.

“We are all totally vaccinated – rigidly, it’s compulsory.

“Unfortunately, I’m told that actually there is only 40% of the horses in Britain are actually vaccinated – because horses outside racing, there is no jurisdiction to say you have to be vaccinated.

“So you can take it 60% are not vaccinated, and they will have it. It will be out there.

“These horses of ours have probably been challenged by it – but because they’re vaccinated, they can fight it off. Therefore, it’s very often very low-grade and hard to find.

“I honestly don’t believe that any horse is in any (grave) danger from it – but on the other hand, if it did spread, you’d have to close down racing anyway because all the horses would be unrunnable because they were sick.

“So it is right to take these precautions. We’re obviously waiting with bated breath to find out, ‘has it affected anybody else?'”

Like all his fellow Cheltenham hopefuls, Henderson is wary of time running short.

“The worst part of it is that we are starting to miss races that were part of the horses’ preparation,” he added.

“Some of ours aren’t going to run again before Cheltenham – some of them, I hoped to run again.

“We’re just going to have to pray it will all go ahead as normal, and this will blow over as quick as it’s come in.”

Thai princess says #ILoveYou to fans after king opposes her

A tour of someone else’s dreams