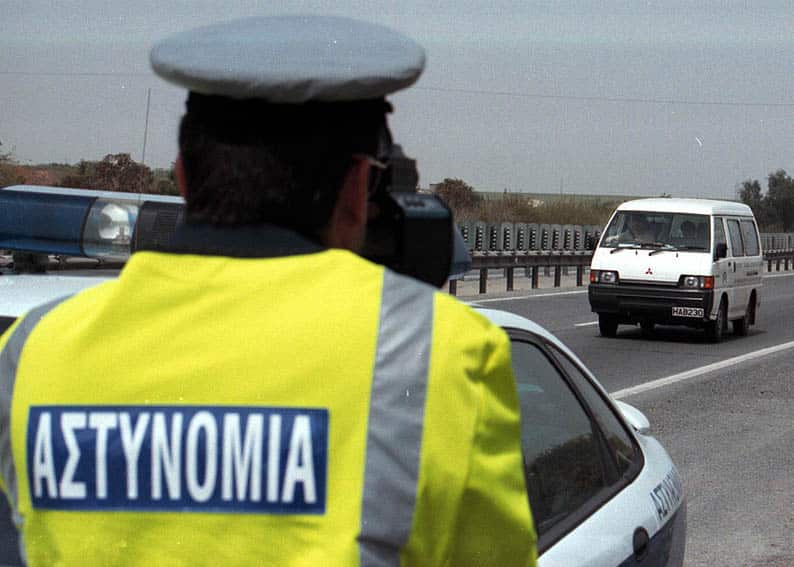 Police on Saturday said they would continue daily traffic checks and show zero tolerance of irresponsible and careless driving after more than 2,500 people were caught speeding in the past two weeks, some of them going over 200 kilometres per hour.

Police said that the data collected of “wrongful and irresponsible behaviour” of many drivers revealed the lack of road awareness.

During the last 15-day campaign which focused on the use of safety belts and child car seats, they said 2,589 people were fined for speeding, in addition to hundreds of bookings for other traffic offences.

“What is even more disappointing, is that […] during the last few days, drivers were caught and booked who had been going at speeds exceeding 200 km per hour,” a written statement said.

Drivers were also found around nine times over the alcohol limit. Five of these drivers are currently waiting for their cases to be tried in courts.

“Police believe that harsh and deterrent penalties are necessary,” the statement said. “In such serious road traffic offenses, sentences even reach imprisonment.”

On January 23, a 23-year-old man was sentenced to 30 days in prison and had his licence suspended for six months after being caught driving at 227 km per hour, instead of 100.

A day later, a 22-year-old man was sentenced to 20 days in prison and had his licence suspended for five months after being caught driving at 200 km per hour, instead of 100.

On January 25, a court sentenced a 38-year-old man who was found almost five times over the alcohol limit to 15 days in prison and ordered that his licence suspended for three months.

Another man, 36, was sentenced on January 29 to three months in prison, fined €800 and had his licence suspended for six months for drink driving and for causing a road accident, among other things. He was found almost 12 times over the alcohol limit and was driving even though his licence had been suspended.

The same day, a 24-year-old was sentenced to one month in prison and had his licence suspended for seven months for being more than 22 times over the alcohol limit while behind the wheel. The breathalyser given to him showed 199 microgrammes of alcohol in his breath instead of 9mg, which is the limit for new drivers.

“These penalties are a reminder – at least to those who had forgotten – the due seriousness with which we ought to approach driving and road safety,” police said. “Road safety concerns us all.”

The priority of the police, the statement said, is limiting road collisions and casualties.

It said that daily traffic checks will continue to intensify, “displaying zero tolerance while at the same time enhancing efforts to prevent, inform and enlighten the public”.

A new speeding campaign will start on Monday. Based on statistics for the years between 2013 and 2017, it said, speeding is the third major cause of fatal road accidents.

“The change of attitude starts with each one of us,” it said.

Liverpool back on top after easing past Bournemouth