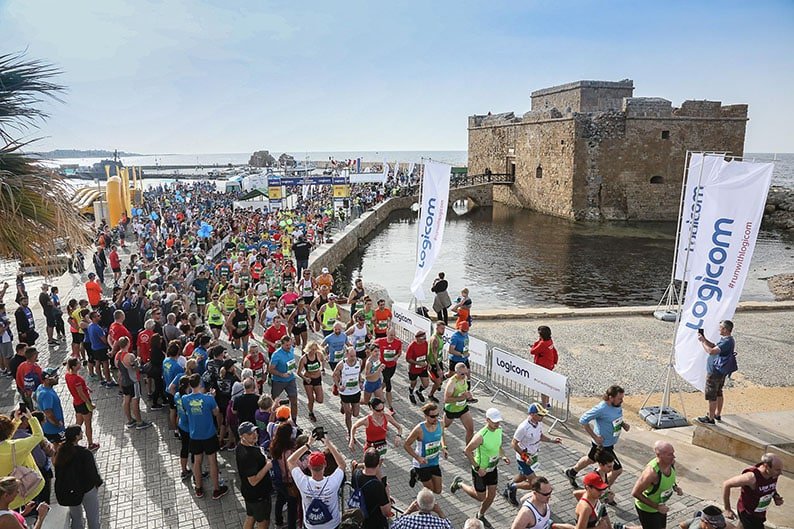 The 21st Logicom Cyprus Marathon in Paphos next month promises an even better experience with parallel events, and an increase in the number of runners, beating last year’s record.

Some 2881 people participated in last year’s event and with 2,500 already registered, organisers are hoping the numbers will swell to 3,500 this year.

This year for the first time, Foreign Minister Nikos Christodoulides will lead a team of around 50 participants, which will include also foreign ambassadors and diplomats accredited to Cyprus.

“We are proud to confirm their participation which will also include employees from the foreign ministry, this is the first time such a thing has happened and it’s great as he (the minister) is from Paphos. They are running for charity,” race director, Stavros Kakourides, told the Sunday Mail.

Ahead of the marathon on March 17, two further events are being included for the first time.

On Friday, March 15, the first ever Cyprus Marathon ‘Wine Run’ has already sold out and will see participants run 5km starting and finishing at Vasilikon Winery in Kathikas.

“This race is not about the race time, it is more for fun and more than 200 runners have already signed up to take part,” he said.

Runners will complete the 5 km course which will take them through the centre of Kathikas village and instead of a medal at the finish line, participants will receive a bottle of wine from Vasilikon winery.

Participants will also have a chance to try wine tasting, tour the winery and have a short lesson about grapes indigenous to Cyprus, and the process of wine making.

A second parallel event, the first Cyprus Marathon Symposium, will be held at the Annabelle hotel on Saturday, March 16.

Speakers include Leontios Tselepos for the Cyprus sports organisation, and George Mais, the chairman of the Paphos regional board of tourism, talking about Paphos and Cyprus as a wonderful sports destination. Kakourides will explain the history of the marathon in Cyprus and Paphos.

The last few years have seen the numbers of participants at the event mushroom and interest continues to grow.

The marathon will host runners from more than 50 countries with more than 50 per cent of participants from overseas. More than 700 are from the UK, where the event is hugely popular.

“People really enjoy the marathon because it is a well organised event. Paphos is a known holiday destination, hotels offer good deals and the history and culture all help,” he said.

The parallel events have been added to enrich participants’ time in Cyprus, offering an entire experience, he said.

“We realised it shouldn’t just be a race where you run, get your finish time, a T-shirt, a medal and then go home. We want it to be so much more for people.”

The marathon gets underway on March 17, 2019, at Aphrodite’s rock and the first half of the course follows a mostly coastal route, before passing through a number of traditional Cypriot villages.

Groups of volunteer marshals will assist in guiding runners throughout the course. Paphos police will also keep a watchful eye on runners, ensuring their safety.

The final stage of the course is through Paphos, ahead of the finish at the castle in Kato Paphos.

There is also a half-marathon, a 10km road race along Poseidonos Avenue, and a 5km fun run.

The races start and finish next to Paphos castle.

“There is still time to register to run and we encourage people to get in touch now,” he said.