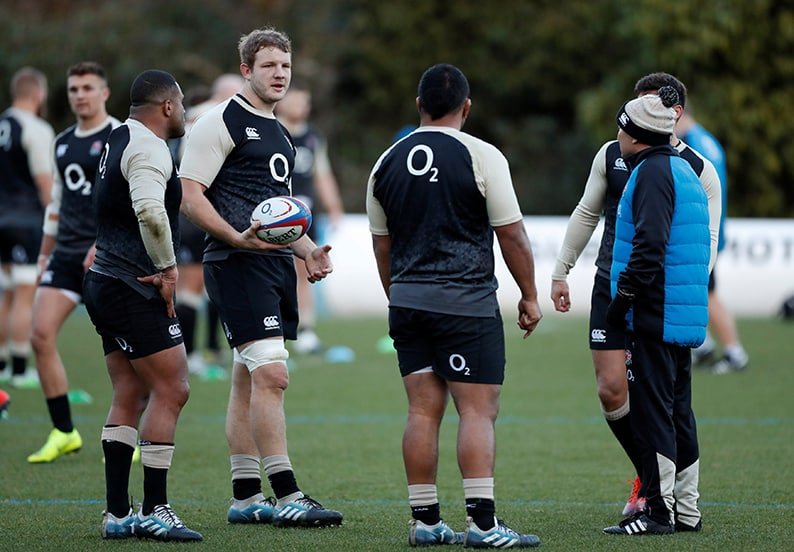 Six Nations matches between England and France at Twickenham and Scotland and Ireland at Murrayfield need nothing to spice them up but the fact that both games will be repeated as key pool fixtures at the Rugby World Cup does add a layer of intrigue.

England go into the game on Sunday riding a wave of confidence after their superb 32-20 victory in Dublin last weekend, with pundits – who universally predicted an Irish victory – falling over themselves to rank the performance among the best since the glory days of the 2003 World Cup.

Buoyed particularly by the return of Mako and Billy Vunipola, England produced an all-round display of power, speed, aggression and finishing that would have sent shock waves through the camps of their rivals.

France, who blew a 16-0 halftime lead to lose 24-19 to Wales in Paris, would have already been outsiders but England’s awesome performance makes the odds even shorter for the hosts.

England’s management team will be doing all they can to keep a lid on things and the warnings to beware the “French backlash” are already emanating from their camp.

But France’s record at Twickenham is spectacularly bad and nothing they have shown over the last couple of years suggests they have enough firepower or talent to find one of “those” French displays out of nowhere.

They have won one Six Nations game at Twickenham this century – in 2005 – and only two in the last 30 years.

The sides will meet again on Oct. 12 in what should be the decisive match of their World Cuppool, which also includes Argentina, Tonga and the United States.

Ireland and Scotland also face off in Japan – in their opening pool game where the potential reward for the winners is likely to be avoiding New Zealand in the quarter-finals.

If the Scots can continue their recent strong home form against their Celtic rivals on Saturday it would give them a huge lift for September.

Scotland have won two of their last three home Six Nations fixtures against Ireland, and a World Cup warm-up in 2011, and coach Gregor Townsend will hope his high-tempo attacking approach will again pay dividends on Saturday.

The looked very good for most of last week’s victory over Italy, albeit with a late Italian try-flurry making the 32-20 scoreline less one-sided.

Ireland, however, present a far more formidable hurdle and will no doubt be better for a week of intensive remedial work under coach Joe Schmidt.

Wales coach Warren Gatland too will have had his players poring over their ipads after their error-strewn first half in Paris. That they recovered via a tournament record turnaround to secure their 10th successive win was testament to their attitude – coupled with some gifts from the French on a sodden night.

They will fully expect to take that winning streak to a Welsh national record-equalling 11 in Rome, against an Italian team who already look set to go without a victory for the fourth successive championship.

With City back on top, Liverpool face test of nerves

Bicommunal friendly match to be held in Pyla next month