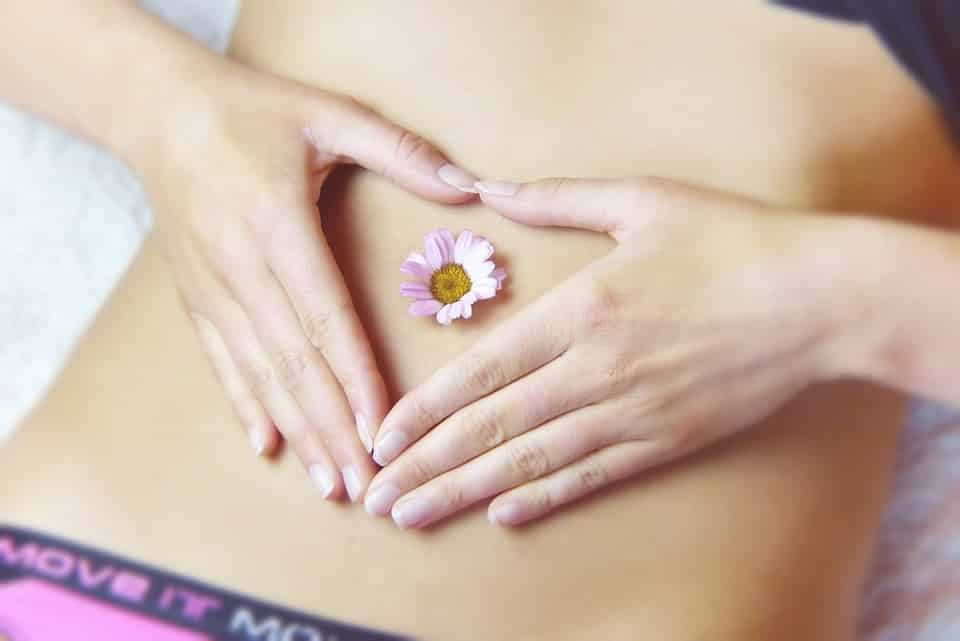 Two-thirds of your immune system is located in your gut

Is it time to update the old axiom ‘you are what you eat’ to, ‘your microbes are what you eat’?  Evidence is growing that they’re the ones calling the shots after you’ve downed whatever takes your fancy at a given meal. And, was it really your decision to eat that certain thing anyway or was it a sugar-loving microbe that released a craving-like chemical in your body?

Sounds a bit far-fetched. We all know the body carries microbes and bacteria. Sometimes they get out of line and make us ill. But turns out there are more of them than human cells in the body, so yes, they are calling the shots internally at least. There are colonies of different ones like continents on a world map, millions of them populating every organ from skin to nose to mouth to genitals and, more importantly, the gastrointestinal tract (GI) or the ‘gut’ where two-thirds of your immune system is located. 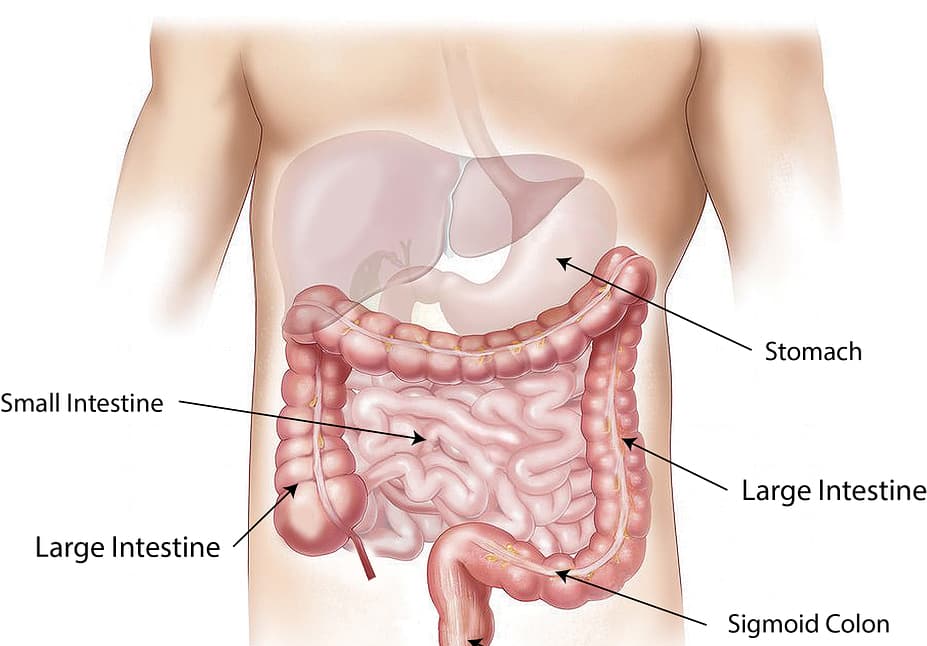 Science is increasingly discovering the important role played by the trillions of microbiota that inhabit the human body, how they might possibly be causing cravings for certain foods that they’re partial to, and how they could very possibly play a role in anxiety, depression, obesity and chronic illness when a person’s internal ‘ecosystem’ or microbiome is out of balance.

The medical term is ‘dysbiosis’, an imbalance between the healthy and the harmful or opportunistic microbes that can also enter the bloodstream through a ‘leaky gut’ for instance.

But most microbes exist for the benefit of the human body. They digest plant food for us in the large intestine and they break down proteins, fats and carbohydrates into nutrients that the body can more easily absorb. Thousands of species have now been identified, and science has turned its attention to why things go wrong with the microbiome and how it can be fixed. It’s a new way of looking at disease and one that has many in the medical community excited about where it will lead.

The topic will be the focus of a workshop on Saturday co-organised by the Biological Society of Cyprus, the Gastroenterology Society of Cyprus and the University of Nicosia Medical School, which will host the event that includes an address by the health minister.

Dr George Potamitis, medical gastroenterologist and expert on the microbiome and diseases of the gastrointestinal tract, will be speaking at the event on ‘the microbiota and the connection with disease’, he told the Sunday Mail in an interview.

He says everyone’s microbiome is as unique as their other biometric data. Every human being has an ecosystem with as many as 200 different species operating in their millions if not trillions.

“They play a very important role in the development of the human being and the immune system and everyone has their own characteristics,” he said, referring to the number of species and the ratio or combination in which they live in the body.

“With gene technology now we are better able to understand the microbiota,” he added.

Potamitis said babies born through the birth canal pick up their mother’s microbial ecosystem as a basic and go on to develop their own unique populations as they grow.

“This is very important… the [baby’s] delivery method,” he said. “For example, we see disturbances in [microbial] development when we have caesarean deliveries and this has been extensively studied. That is why normal delivery is very important for a human being.”

He said it has been shown that children born by caesarean do not have their mother’s microbes “in order to protect the GI tract and the development of some substances that help immunity”. Studies have revealed that such infants have picked up their ‘starter microbes’ from their hospital surroundings, the medical staff that handled their births and their mother’s skin.

“The microbiota also has a connection with other conditions such as autism,” Potamitis said, adding that children with autism have been found to have a smaller number of good bacteria and more incidents of dysbiosis or imbalance.

Links have also been made back to the gut in a number of studies into MS, Parkinson’s, type 2 diabetes and Alzheimer’s for instance, but there is nothing definitive as yet as large studies have not been done because the science is only now really taking off.

“One study from abroad showed that children suffering from gastrointestinal symptoms were improved by experimentally using fecal transplant to improve their symptoms,” Potamitis said.

Yes, you read that right. Fecal transplants are the new big thing, and it’s being done in Cyprus as well. Fecal matter is taken from a well-screened gut-healthy individual, processed with a saline solution and placed in the colon of the patient. Potamitis’ clinic in Nicosia has carried out five so far with almost 100 per cent success and some of his patients had serious conditions, he says. There is also a much-touted mouse study where the microbiota of an obese mouse was placed into a thin mouse and it became obese and vice versa, so dieting is not always about willpower it seems.

“Changes in the balance of the microbiota is associated with harmful consequences for the host and is connected with different diseases of the GI tract, such as inflammatory bowel disease (IBD) and ulcerative colitis,” said Potamitis. “These diseases have as a consequence, inflammation, and we are trying to improve the diversity [of the gut] with fecal transplantation.”

Potamitis also said it was looking increasingly likely that dysbiosis has a role in colorectal cancer. He said his clinic is cooperating with centres abroad and there is a currently a huge exchange of knowledge in the field.

“Bigger research is needed to be able to apply this knowledge to other diseases. This is the purpose of this workshop to learn and understand how we can utilise this knowledge in clinical practice,” said Potamitis. “In some cases it’s evidence-based and in others it’s empirical data but there is now no doubt about the importance of the role of the microbiota.”

He even confirmed that the composition of a person’s internal ecosystem can affect mood and depression. The microbes, he added, are affected by environmental factors and diet and a person’s gene background. “So this is a very complex mechanism, and how it can develop into disease, because the biggest part of the immune system is in the GI tract.”

His advice is to take care of the good bacteria and they will take care of you as best they can in the environment under which they live. Opportunistic pathogens thrive in a toxic environment, which can be created within the body by toxins either ingested or from the environment, or even some pharmaceuticals. This provides fertile ground for their proliferation. Antibiotics, for instance not only wipe out the ‘bad guys’ if they have not become resistant, but also the ‘good guys’.

So what, or more to the point, ‘who’ are you populating your insides with?

Potamitis advises, “improve your good bacteria” for overall health by eating a diverse diet with antioxidants, pre and probiotics such as fermented foods, yoghurt, vegetables etc. He was non-committal on the role of cutting sugar – though those with a Candida overgrowth might have some thoughts on that. Potamitis said diet was a general approach, and balance was beneficial, but as a doctor, the clinical application of the increased knowledge coming out on the role of the human microbiome in curing certain conditions was the focus of the medical community right now. Diet may come later as a major factor, or not.

And, by the by, the University of Cyprus has been studying the ‘Cypriot microbiome’ for the past two years to map whether Cypriots have ‘common’ microbiota as far as that’s possible to see and if there is a connection with the local diet. Using samples from patients’ colons, the study will be ready in around three years, Potamitis said. “Maybe this can be used in a future study on different diseases and how we can improve the microbiota.”

As far as testing your microbiota to see whether you have dysbiosis, Potamitis said tests can be done for known specific harmful pathogens, but generalised stool tests that are done abroad, he said did not have much use in clinical practice at the moment as it is not yet known when it comes to the individual what would be normal or abnormal.

“In clinical practice we are not convinced yet that there are good techniques, as everyone is different.”

Diet is of course also a confusing issue with contradictory information coming out all the time.

But if diversity of the microbiota is the key to gut health, and in turn, overall health and a strong immune system, then a diverse diet would seem to be a good place to start until the science is properly in, because right now it is not.

The whole truth may not be out there yet, but some of it is, and advances in studying the human microbiome and its role in disease is gaining ground rapidly.

“I believe the study of microbiota and their role is the future when it comes to disease,” said Potamitis. “This is only recent knowledge but it’s getting there.”

Stay inside and enjoy a robust wine that warms the soul