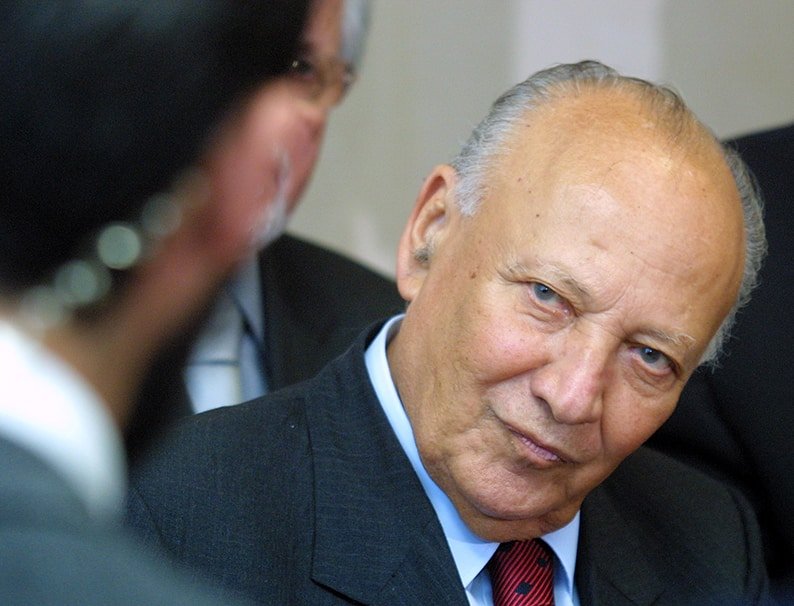 THE recent outburst about Grivas and enosis by the Disy deputy Eleni Stavrou underlines yet again how the impunity of criminals and collaborators in Greece and Cyprus has contributed to the shaping of political ideology. To illustrate the point a review of history, even a brief one, is necessary.

Who staged the resistance in Greece against the German occupation? The answer was given by the Germans, who in a report on 5/7/1943 warned that “90 per cent of Greeks are unanimously hostile towards the forces of the Axis and ready for an open rebellion…. EAM has become the main vehicle of the resistance movement and poses the greatest danger for the Occupation forces.” (L. Stavrianos, La Resistance Grecque, p146).

The resistance’s objective however was not solely liberation from the occupier but also “the restoration and safeguarding of domestic freedom”, as stated by Demetris Glynos. This was to be expected if we take into account that before the outbreak of World War II the Greeks had been under the dictatorial rule of Metaxas.

What happened in Greece after the battles of December 1944 constitutes the darkest episode in the history of the country. The Greek establishment, assisted by the English who wanted to secure the restoration of their lieutenant, George II, recruited into the army 1,500 officers of the treacherous Security Battalions instead of putting them on trial for high treason. In this way, associates of the Security Battalions (that operated under the command of SS General Walter Schimana) such as Grivas and the members of the X group never had to give an account to anyone about their previous collaboration with the Nazis.

At the same time, the establishment set as its objective the defamation, vilification and effective disappearance of the resistance. Those Greeks who had shouldered the burden of the struggle against the Nazi occupiers were ostracised because they were ‘agents’ of external foes and enemies. But this was not enough. The denigration of the resistance had to be completed with the physical elimination of its fighters. They would be exterminated by Greeks themselves so that the nation could free itself of these gangs of irregulars.

Of course the ‘gang warfare’ could have been avoided if the stance of the English had been more democratic. Francis Noel-Baker wrote that “we pushed the leftists to the extremes” (The Whole Story, p43), while Field Marshal Henry Maitland Wilson admitted that “EAM could have been restrained before it had even moved, if the British took a stand of good faith on the issue of the monarchy,” (The Strategy of Counter-revolution, T. Gitlin, p105).

The extreme right prevailed and gave us the dictators, the provocateurs, the collaborators, the Security Battalion members, the economic opportunists of the post-war period, the coupists of 1967, our own coupists of 1974, Grivas, Sampson and their fellow travelers – the Elenis that still bang on about enosis. As if this were not enough, the extreme right did not allow the leaders of the 1974 coup – the executioners of Cyprus – such as Brigadier Georgitsis, Colonel Kombokis, Major Korkondzelos, Lieutenant-Colonel Lambrinos and Major Damaskinos to be punished.  Unbelievable as this may sound, these criminals continued their military careers in Greece as if nothing had happened in Cyprus, instead of being executed (there was a death penalty in those days). It is a unique world phenomenon that was correctly described by former House president Yiannakis Omirou on ERT television as a “national disgrace”.

But the extreme right in Cyprus, the nationalist-church establishment, can also boast of equally impressive ‘achievements’. Before the invasion Archbishop Makarios conjugated the verb ‘forgive’ in all its tenses and this habit encouraged terrorism. Legally, he forgave the sins of the Eoka B criminals by offering an olive branch. Glafcos Clerides, when he was president, arranged for the 62 members of Eoka B who had lost their public service positions because of their participation in the coup to be reinstated in order to restore their honour and of course their income.

All Cyprus governments after 1974 submitted to fear and avoided any clash with the monster of fascism. The most glaring example was the horrific crime in the villages of Aloa, Maratha and Salandari where in August 1974 Eoka B members killed 126 Turkish Cypriot women and children and threw their corpses in a rubbish tip. Some, including deputies, have tried to downplay the seriousness of the crime, saying it was the ‘work’ of some ‘youngsters’. What really matters is not what is said by some deputy or columnist but what was said by the UN in their official monthly report of September 1974, describing these acts as a “crime against humanity” (UN monthly chronicle, Volume 11 (1974), United Nations, Office of Public Information, p98).

No government has had the courage to arrest the perpetrators who are known to roam free among us. The verdict of an international court on the stance of the Cyprus Republic would have been condemnatory: it would have decided that the state was an accessory to the crime as its tolerance of it was tantamount to guilt. I wonder whether we have the moral justification to accuse Turkey of war crimes when we, according to the UN, were also guilty.

The recent statements by the Disy deputy in support of enosis, apart from spreading butter on the bread of the Grey Wolves and the Turkish Cypriots who insist on Turkish guarantees, constitute a chauvinistic deviation from the official line of her party. In a normal democratic state, this deputy would have been obliged to resign before expressing her views about enosis because otherwise her party would have expelled her. Yet, the matter appears to have been closed with some ‘clarifications’ and platitudes.

It’s all another farce that confirms that in Cyprus impunity is the norm.

In propaganda, we’re the best

Recognition of Guaido is illegal and insidious