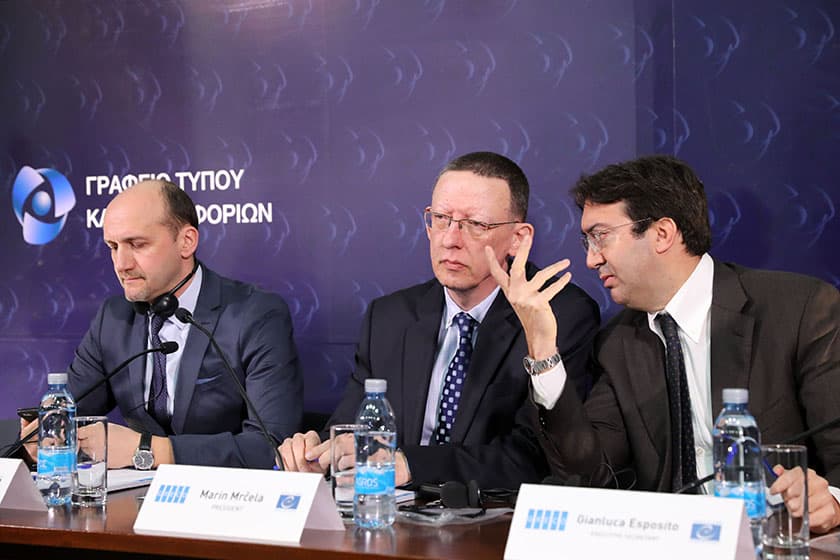 IN THE END the visit by the representatives of Greco, the Council of Europe’s Group of States against Corruption, did not tell us anything we did not know. The majority of the 16 recommendations made by Greco in its 2016 report for tackling corruption in Cyprus have not been implemented. None of the four recommendations for reform of the judiciary had been implemented and only four of the eight made regarding the legislature were pursued.

This is hardly surprising given that our deputies, like our judges, shun accountability and transparency. They operate under the old-fashioned idea that because they hold public positions they should enjoy the unquestioning trust of the people in whatever they do because their only concern is serving the public. It is the type of thinking that disappeared in most western democracies more than half a century ago when those in authority were no longer treated with deference by virtue of the position they held. They became accountable: every decision and action were subject to scrutiny and criticism.

In Cyprus the ruling elite is reluctant to move into the modern democratic era, taking very small steps forward only when forced to do so. Accountability and transparency are introduced in very small doses, only when absolutely necessary and usually under pressure from European Commission or the Council of Europe. This is because they would undermine the main activity of politicians from the president down to the last deputy – the securing of support through the dispensing of favours.

For instance, Greco recommended some time ago that political parties listed accounts and named the individuals and companies that contributed funds to them. All parties opposed it, the main reason being that nobody would donate funds if their identity was made public, not realising that this was a compelling argument for transparency. Someone who donates to a party secretly will demand favours, a factor which is far more difficult if the process is open.

This is not all. There is no better example of corruption than voting laws for personal benefit. Deputies are the only people in Cyprus who pay no tax on half their income from the state because they passed a law exempting their so-called ‘expense allowance’. They also take a state pension five years earlier than everyone else – at 60 – and it requires far fewer years of service than other public employee to reach the top rate. This is institutional, legalised corruption enacted by our deputies.

A similar attitude – that we deserve better treatment than the rest of the population – was displayed by the judges when they ruled back in 2013 that the state could not cut their salaries as it had done for all public employees, because this would constitute an attempt to influence the judiciary. They said they would voluntarily give up the percentage of their salary that would have been docked by law, but nobody knows how many of them did so because they are not accustomed to accountability.

One matter that was not included in Greco’s 2016 report, because it was being discussed at the time by the legislature, was the full disclosure of a judge’s income and assets. No law was passed making the submission of a capital statement compulsory because judges argued that it would impinge upon the independence of the judiciary. It is as nonsensical as the argument used against the pay-cut decision, but it illustrates how judges believe they are a special kind of public official who should be treated differently, ostensibly to safeguard their independence!

A more plausible explanation is that is they do not approve of accountability in their own case. This is why conflict of interest is not regarded as an issue for them and the reasons promotions and appointments of judges were, according to the Greco report, not subject to “precise and objective criteria which should be checked and be made available to the public”. Appointments are decided by the Supreme Court judges, not concerned about the “integrity requirement” cited in the Greco report.

To be fair, the government has prepared bills covering all four recommendations for the judiciary proposed by Greco in 2016. Greco president Marin Mrcela, who was on a fact-finding visit to Cyprus, said that some progress had been made regarding compliance with the recommendations, but noted he would have liked to have seen more progress. Once the reforms are implemented Greco would evaluate them for compliance, he said.

All this underlines the point that without outside pressure none of those in authority, be they judges, deputies or ministers would propose measures to ensure greater transparency in their actions and decision-making. As Greco’s executive secretary, Gianluca Esposito said on Thursday, transparency was the key to accountability, which is why it is not so popular among the members of the ruling class.

Tales from the coffeeshop: Schools and army redefine students

Our View: Who will pay price for reducing our carbon footprint?