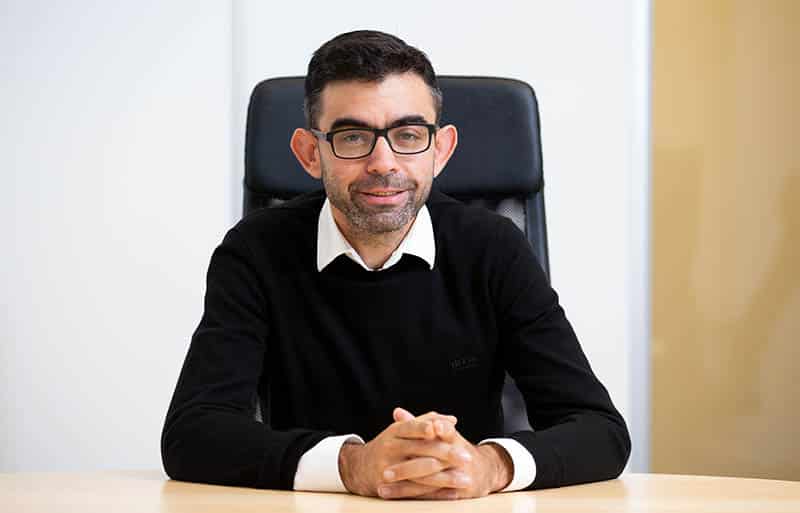 Cyprus-born technology entrepreneur Andrew Michael has spoken out about how he stole £30,000 from his mother to start a business when he was a teenager – and ended up making millions.

Michael, now 39, who grew up in Cheltenham, spotted a business opportunity when he was living with his mother at the age of 17, the BBC reported on Monday as part of its weekly ‘The Boss series’, which profiles different business leaders from around the world.

Michael told the BBC that at the time he and a friend from school realised there was a lack of web-hosting companies aimed at small businesses.

They decided to set up their own company, Fasthosts, and fill the gap in the market.

“We had the computers we needed in my bedroom at Mum’s house, and we had created the software ourselves,” Michael told the BBC.

“But what we really needed was a high-speed internet connection, which in those days involved digging up the road. It cost about 30 grand, but we had no money.”

Without his mother’s knowledge, he used her credit card to order the internet upgrade over the phone, hoping he would make enough profit to pay her back to pay the credit card bill when it arrived within a month.

“By the end of the month we had enough clients and money to pay for the internet line and the advertising,” he said, adding that his mother forgave him.

According to the BBC Business News, he sold the company nine years later for £61.5m.

Two years later Andrew set up a cloud storage firm called Livedrive, which he subsequently sold for an undisclosed sum also believed to be tens of millions, it added.

Michael thinks he inherited his business acumen from his father, who came from Cyprus and opened fish and chip shops and cafés. “From a very young age I had a trading, money-making, get-up-and-go mentality,” he said.

Following the sale of Livedrive in 2014, Michael’s latest business is Bark, a website that allows people to book local service professionals, everything from a plumber to a guitar teacher, dog walker or personal trainer.