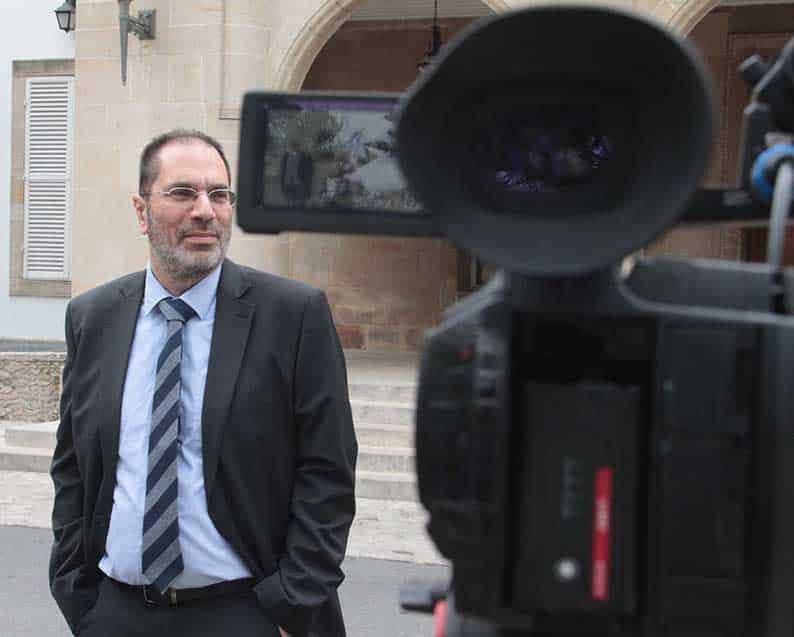 The brouhaha over auditor-general Odysseas Michaelides not serving in the reservists continued into Tuesday as parts of the media piled on the official for his ostensible hypocrisy.

In a series of tweets over the weekend, Michaelides said that upon returning to Cyprus after his studies, at the age of 29, he voluntarily declared to the National Guard that he was back and thus available to join the reserves.

He then began to report normally for duty, until the age of 46, when he was appointed auditor-general in 2014.

At that point the army stopped calling him up to the regular reserves.

Leading the charge against Michaelides, daily Politis said the fact that the military did not call him up was no excuse. The paper pointed to the apparent contradiction between Michaelides’ own case and his official position that men eligible for the reserves should report for duty regardless of whether or not they have not been tracked down by the military.

The relevant law does not exempt the auditor-general from serving in the reserves. The only persons exempt are government ministers, MPs, MEPs, the attorney-general, the deputy AG and judges.

On Tuesday Politis dug up more information on Michaelides’ track record. Citing military sources, it reported that up until 2012 he had served normally in the reserves.

Then, from 2012 to 2016 Michaelides was transferred to civil defence duties, under the ministry of the interior. Meaning he had not carried out any type of reservist duty from 2016 to the present day.

It was at that point (in 2016), Politis claimed, that Michaelides ought to have informed the military that his assignment to the civil defence had ended. But he failed to do so, the paper said, which made him a dodger as well.

Michaelides was born in 1968. Cypriot men serve in the regular reserves until the age of 50.

The whole matter emerged after the audit office last week published a report on the state of the military’s recruitment and reserves systems.

The report found that some 11,000 Cypriot men do not serve in the National Guard reserves either because they fail to declare their repatriation, are still listed as being students abroad despite being over 30, or they know someone in high places.

The affair took another twist due to a reference in the same report to a current party spokesman who was still listed as studying overseas, thus avoiding his reservist duty.

A witch hunt of sorts ensued, with media seeking to identify the person in question.

This led one party spokesman after another to issue statements saying they had received exemptions for reasons of health.

Diko’s spokesman Athos Antoniades went a step further. In a theatrical PR stunt, he appeared on a television news show on Monday along with his army sack, from which the barrel of his army-issue rifle was seen protruding.

Antoniades said he reports normally for duty in the Home Guard, which is a service for men aged 50 to 60. The Home Guard consists of battalions defending residential areas.

On social media meanwhile Antoniades posted a photo of his military discharge papers, but obscured the date on which he last reported for duty.

According to Politis, Antoniades is in fact the party spokesman referenced (but not named) in the auditor-general’s report.

The paper found that twice, in 2002 and 2007, Antoniades had declared that he was living abroad. The military managed to track him down in April last year, and he was called up to the Home Guard.

Responding to the paper, the politician said he was indeed overseas in 2002 and 2007.

Minister, doctors in war of words over Gesy