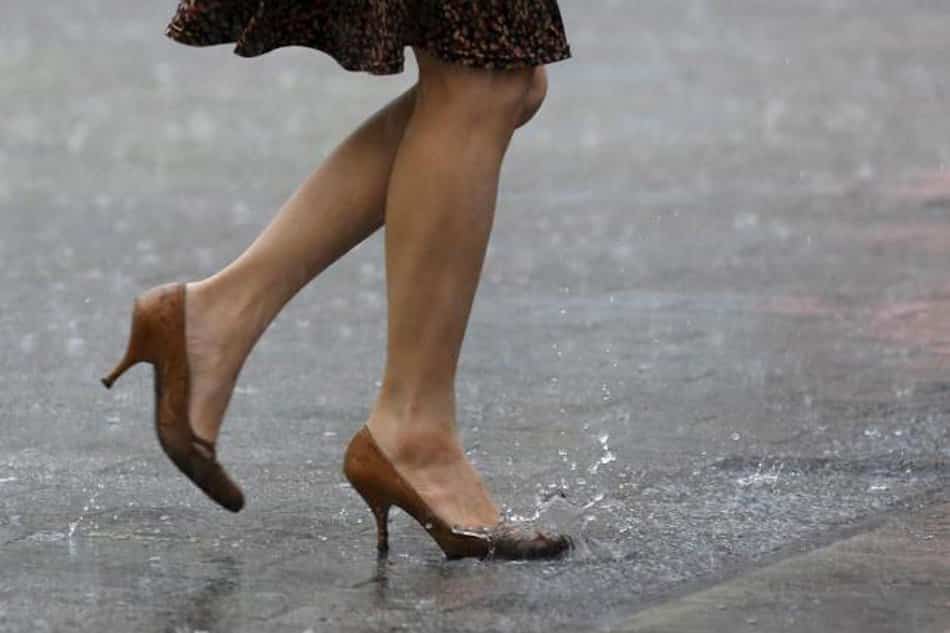 Upskirting has been made a specific criminal offence after a bill to ban the cruel craze received Royal Assent in the House of Lords.

People convicted of taking an image or video of a victim’s groin or buttocks under their clothing face being jailed for two years and being put on the sex offenders register.

Gina Martin, who campaigned for the law change after being upskirted at a festival in 2017, welcomed the move and said it was a “long time coming”.

Prime Minister Theresa May said she was “very pleased to see the degrading practice of upskirting become a criminal offence after the tireless work of victims and campaigners”.

Victims called for the creation of a specific law after becoming frustrated with a lack of options to prosecute perpetrators.

While some people were able to seek a conviction under harassment, voyeurism or outraging public decency laws, the creation of a specific offence means suspects can be prosecuted where they sought to obtain sexual gratification or cause humiliation, distress or alarm.

The veteran politician was criticised again last week after objecting to a PMB which sought to tackle female genital mutilation.

His actions last summer were condemned by campaigners and Tory colleagues, prompting the Government to adopt the Bill.

Martin’s campaign – aided by lawyer Ryan Whelan from Gibson Dunn – won political support from all parties and was backed by the likes of television presenters Holly Willoughby, Dermot O’Leary and Laura Whitmore.

Martin, 27, told the Press Association: “It’s a bit surreal – Royal Assent is the final step in an exhausting amount of work. It’s become part of my life.”

She added: “Chope took the campaign stratospheric – an objection made people even more angry than they were already.

“There’s a lot of work still to do. A change in law is a huge thing, it sets a precedent but it doesn’t change people’s opinions.

“There’s a huge job to do in creating narratives around this thing – we still see ‘smaller’ sexual assaults as not such a problem but it’s a massive issue.

“It has been a long time coming but we are finally protected in every scenario – as we should always have been.”

The new law means police will be able to arrest people on suspicion of upskirting from April.

Martin said she was determined to continue with her battle after receiving inspirational messages from fellow victims – despite being inundated with rape and death threats.

She spent nearly two years fighting to make the cruel craze a specific offence after two men took a picture up her skirt at a festival in 2017.

Justice Minister Lucy Frazer said: “Those who commit such a degrading act will face prison, and victims’ complaints will be dealt with seriously.

“Gina Martin and other victims, charities and MPs supporting her should be immensely proud.

“Her efforts show how one campaigner can work with government to change the law for everyone.”

Whelan said he was “truly thrilled” and never doubted the campaign.

He told the Press Association: “On the day that I met her, I told a rather sceptical Gina that we’d succeed in changing the law. It has been a long road but we never lost faith that this day would come.

“Never doubt that ordinary people can achieve extraordinary things. As to our politicians, the success of the upskirting campaign is a timely reminder of what can be achieved when parties from across the political spectrum work together constructively.

“I also hope that FGM campaigners take faith from this that when the Government say they’ll stand behind you and find a way to overcome an objection from Sir Christopher Chope, they mean it and they will.”

Sian Hawkins, head of campaigns and public affairs at Women’s Aid, said: “We hope that this new law will be another step forward in challenging the prevailing sexist attitudes and behaviours in our society that underpin violence against women and girls. Domestic abuse does not happen in a cultural vacuum.

“By making upskirting a criminal offence, we will send out the powerful message that this form of abuse is unacceptable and perpetrators of this crime will be held to account.”

“The current law is out of date, piecemeal and inconsistent and failing victims.”

The first official figures on upskirting, obtained by the Press Association last year, showed children as young as 10 complained to police.

The information also highlighted that only one third of police forces in England and Wales had any data on the prevalence of upskirting.