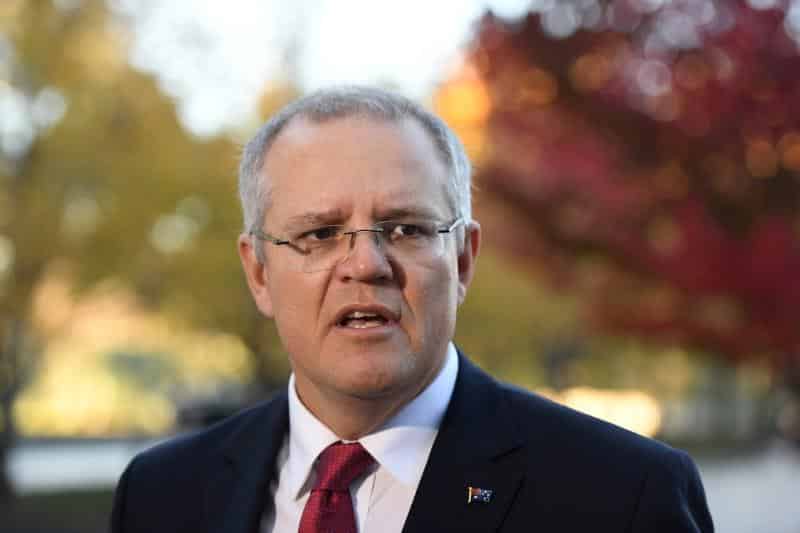 Australia will reopen a controversial detention centre for asylum seekers, Prime Minister Scott Morrison said on Wednesday after an embarrassing defeat in parliament that allows migrants in offshore camps to receive medical care in the country.

The opposition Labor party and independents voted to amend hardline immigration laws to give doctors the right to transfer some 1,000 men and women from two Pacific detention centres if they need medical treatment.

The amendment, approved by the Senate on Wednesday, dealt a blow to the ruling conservative coalition which is trailing heavily in polls ahead of an election due in May.

Morrison, offering a preview of a campaign pitch likely to focus on immigration, said the change would bring a new wave of asylum seekers and forced the government to reopen a detention centre on Christmas Island, a territory some 1,550 km (960 miles) north-west of the mainland.

Previously, asylum seekers intercepted at sea and sent to camps in Papua New Guinea (PNG) and Nauru were not allowed to set foot in Australia unless the government decided they need urgent care.

Immigration Minister David Coleman said on Sunday the change would bring a return of the days when thousands of asylum-seekers travelled to Indonesia and then paid smugglers to take them on to Australia by boat.

Opponents accused the government of fear mongering, saying the amendment concerned only those already detained in the Pacific camps.

“This legislation is confined to the current cohort of people on Manus Island and Nauru,” said Kerryn Phelps, an independent lawmaker.

“It does not provide any kind of attraction to people to leave where they are and to try to make the journey to Australia because they will not be considered as part of this legislation.”

In Geneva, Philip Lynch, director of the International Service for Human Rights (ISHR), welcomed the new law and said that Australia’s system has “deliberately dehumanised” refugees and asylum seekers for decades.

Also in the Swiss city on Wednesday night, Abdul Aziz Muhamat, a Sudanese refugee activist who has spent five years on Manus Island, won the Martin Ennals Award 2019, one of the most prestigious international human rights prizes, organisers said.

“This award sheds light on the very cruel refugee policy of the Australian Government. It also brings international attention to the dangers and ill-treatment faced by refugees all over the world, including in countries that claim they uphold the Refugee Convention”, he said in an acceptance statement.

The U.N. refugee agency, in a separate statement praising Muhamat’s advocacy work, said that UNHCR “continues to urge that solutions be found for all refugees and asylum-seekers under Australia’s ‘offshore processing’ in Papua New Guinea and Nauru as a matter of urgency.”

The Christmas Island detention facilities – shuttered last year after 10 years in operation – has been a central scene in the outcome of previous national elections.

Howard, who was trailing in the polls at the time, won re-election and held onto power until 2007. After he left office, the centre-left Labor government began holding refugees on Christmas Island.

As a stream of new arrivals swelled already cramped conditions, protests broke out that fuelled an image of a government that had lost control of national security, propelling the conservatives back to power in 2013.

Morrison is hoping to use the issue to win favour with disillusioned voters, said Peter Chen, a professor of political science at the University of Sydney.

“Morrison will be happy to fight an election on this issue. He doesn’t have a lot to campaign on, but on this he is on strong ground,” he said.