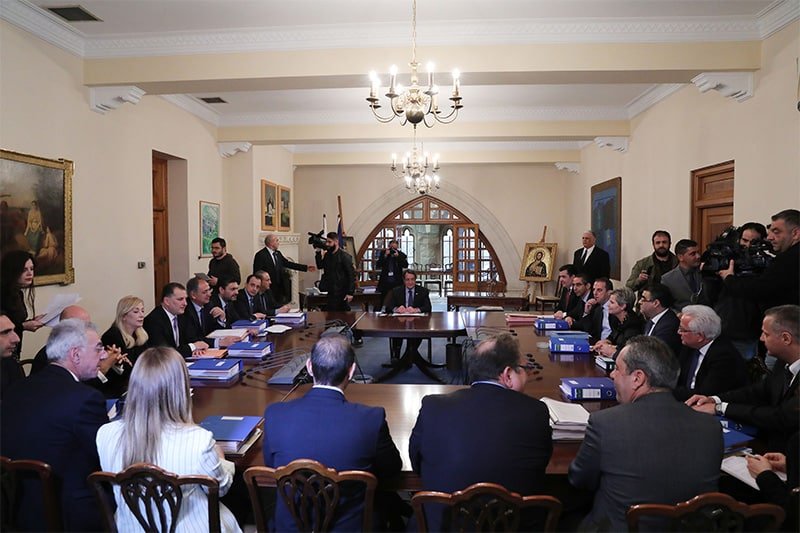 The citizenship-by-investment scheme’s contribution to economic growth in the past three years was just 1.2 per cent of 13 percentage points, Finance Minister Harris Georgiades said Wednesday, as the cabinet tightened procedures for applicants to the programme, which has been criticised by the EU as lacking transparency.

Speaking after the cabinet meeting, Georgiades said the scheme proved important for the construction and real estate sectors with 24 per cent of total transactions linked with it “but with relatively little impact on the economy”.

“The construction and real estate sector has clearly recovered and part of this recovery is owed to the programme but there is no overheating, nor an especially high dependence of the economy and the growth prospects on the particular sector,” he said.

The minister said 1,864 applications have been approved since 2013 with transactions valued at €6.6bn. This number does not include family members.

The minister said transactions were separate from investment contributing to an economy’s growth rate.

“Transactions are one thing and investments with a positive contribution to the growth rate of an economy, another,” he said.

The acquisition of shares in a company does not contribute to the growth rate, he added. That was something that will happen if moves to expand followed, creating economic activity, or if a building sold.

Based on these facts and a study by the economy council, the cabinet approved a series of changes to make it more specific and credible, Georgiades said.

The changes include a €75,000 contribution to research and development and an equal amount to the land development organisation to fund affordable housing schemes.

“We ensure that for every naturalisation of a foreign investor, funds will also go towards an affordable home for our fellow citizens who are in need,” he said.

The cabinet also approved stricter criteria for applicants who will undergo background checks by a specialised foreign firm, which has not been hired yet. Applicants will also be obliged to already possess a Schengen visa — a short-stay visa that allows a person to travel to any members of the Schengen Area for up to 90 days for tourism or business purposes.

In January, the European Commission warned that programmes of EU states, including Cyprus, to sell passports and visas to wealthy foreigners could help organised crime groups infiltrate the bloc and raise the risk of money laundering, corruption and tax evasion.

The warning was contained in the first report the EU executive produced over the multi-billion-dollar industry of so-called “investment migration”, which allows rich individuals to buy citizenship or residence in countries that put them on sale.

It highlighted shortfalls in the Cypriot and Maltese schemes which do not sufficiently check the origins of the wealth of individuals and do not allow their easy identification.