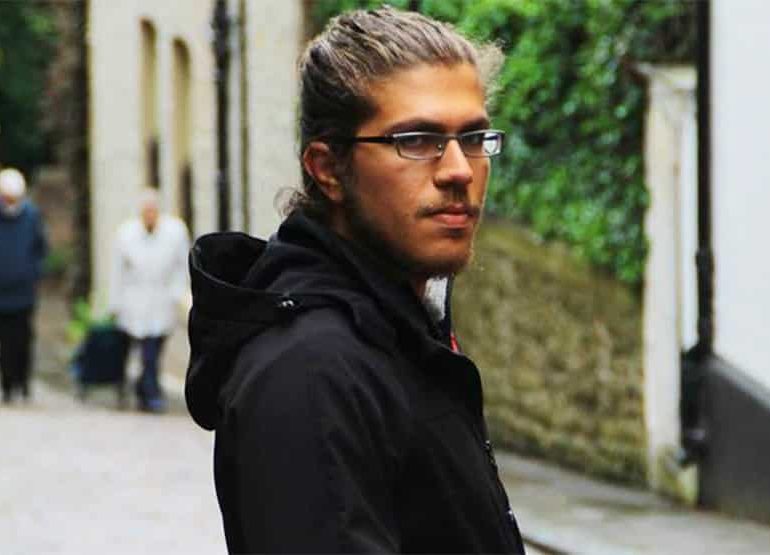 A Cypriot student at Durham University in the UK who was sacked last year from the university’s philosophy journal after a comment he made on Twitter was considered to be transphobic, has been de-platformed from a ‘free speech’ event which was due to take place Wednesday night at the University of Bristol.

Angelos Sofocleous, 24, who was also the president of the Cypriot Society at Durham, was fired from the journal just three days after taking on the assistant editor position when he tweeted: “women don’t have penises.” He said at the time he only wanted to start a debate.

According to British media, Sofocleous has now been banned from the debate on free speech at Bristol, which was going ahead without him on Wednesday night.

‘Security concerns’ were cited by the students’ union (SU) for the ban but the university’s Free Speech Society said it was the student union that had him banned under the guise of security concerns. They had given plenty of notice that Sofocleous was invited on the panel.

“We leave it to the public to reach their own conclusions with regards to the SU’s intentions,” the society tweeted.

The SU said it had not banned him and that it was “committed to freedom of speech” and it had told the society a week prior that after they had made an assessment of the speaker, “security would be needed to ensure this event could run safely and smoothly”.

Sofocleous later tweeted he had been “de-platformed” from the debate due to concerns “my presence might spark protests which might lead to physical violence.

“Nothing could provide a more ironic indication of the current status of social justice orthodoxy in academia than banning a speaker from an event titled ‘free speech on campus’.”

In a subsequent article in the Spectator, Sofocleous said it was clear that British universities had a problem with free speech.

“Only last week, Peter Hitchens had a talk he was due to give cancelled at the University of Portsmouth because the university felt that this would not chime with the students’ union’s LGBT+ month,” said Sofocleous.

“Bristol students’ union refused to accept me as a speaker, forcing the free speech society to cancel their invitation to me in fear that my presence might spark protests. The SU went on to claim that ‘public disorder is highly likely’,” he added.

Sofocleous said, no matter where someone lies on the political spectrum, it was deeply worrying that people were being banned from talking at events – and students deterred from coming into contact with particular points of view.

“This censorship and tendency for banning raises big implications about the aims of the groups or institutions who advance such tactics. What’s more, it’s obvious that this fear of debate is only getting worse on Britain’s campuses. After all, nothing could provide a more ironic indication of the current status of social justice orthodoxy in academia than preventing a speaker from talking at an event on ‘free speech on campus’.”

He went on to say to say universities were letting down their students by “succumbing to the demands of a surprisingly small minority”.

“It is also harming research, dialogue, and the healthy exchange of ideas upon which our universities depend.”