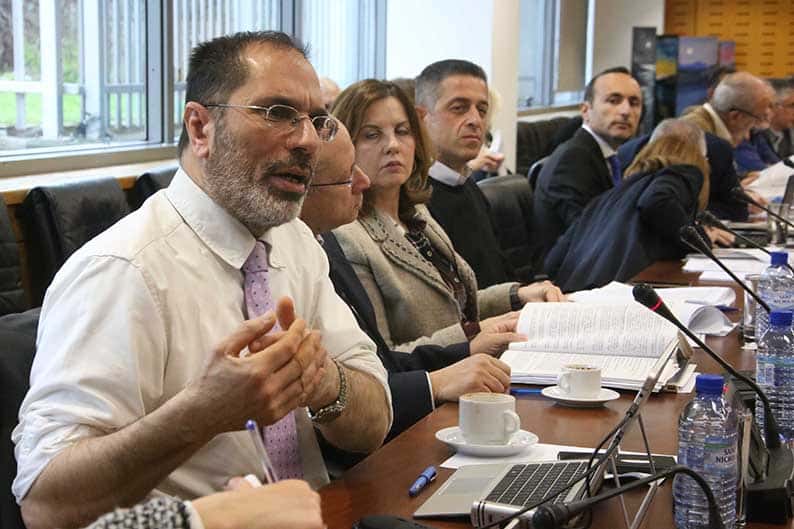 Auditor-general Odysseas Michaelides has again hauled the state-run telecoms corporation over the coals, saying Cyta has defied repeated calls to stop squandering taxpayer money and set its house in order.

Speaking in parliament on Thursday, Michaelides was presenting his report on Cyta for fiscal year 2017, listing off a litany of practices which could be described as scandals in their own right.

It appears the entity learned no lesson from the prior fiasco relating to the investment of its pension fund into the Dromolaxia real estate deal, the watchdog told MPs.

For example, the audit office discovered that in the period under scrutiny, a proposal had been floated to invest the pension fund into a company who was a competitor of Cyta’s. Ultimately, the proposal was rejected by the board.

Dubious practices included Cyta using non-transparent procedures to hire staff from companies from which the state corporation buys services; or granting retiring employees extravagant one-off bonuses “through the back door” by including aggregated leave in the payout -a practice which has otherwise been banned in the public sector.

A major red flag relates to the semi-governmental organisation bumping up current staff from the A5 to the A10 salary grade, with all the attendant benefits on retirement.

This, Michaelides said, was being done in lieu of promoting employees to a higher position. It is a loophole which Cyta has discovered to get around the freeze on automatic pay rises in the public service, introduced in 2012.

The practice has been going on for years, with employees agreeing to waive a promotion on paper, but in return having their salaries upgraded anyway, as if it were a given that an employee would have been promoted at some point.

This could potentially constitute a criminal offence (breach of the 2012 law), Michaelides stated, adding that he would forward the particulars to the attorney-general.

In the meantime, both senior officials as well as regular employees at Cyta are living it up on the taxpayer’s dime.

For instance, department heads are allowed to keep two free-of-charge phone lines in their residence, while also travelling business class.

In a statement read out on her behalf, the chairman of the board Rena Rouvitha denied this occurred.

Elsewhere, the audit office highlighted a decision by the current board to subsidize half of an employee’s PhD studies from company funds.

Another perk enjoyed by Cyta employees is being eligible for low-interest college loans for their children, with around €500,000 having been disbursed for this purpose.

If the state believes it has this amount to spare, Michaelides remarked, perhaps the money would be better spent on means-tested student aid programmes for young people in real need of financial support.

The report also found that Cyta sold off 60 of its vehicles for scrap metal, at €185 apiece. The audit office will be investigating where the vehicles ended up.

On Cyta-Hellas, the loss-making subsidiary in Greece, Michaelides vowed to initiate a probe to discover which individuals had been “stripping it bone dry” for years, as he put it.

The subsidiary was finally sold to Vodafone last July for €118m. Over the years, the parent company had injected dozens of millions into Cyta-Hellas in a bid to keep it afloat.

The state telecoms company was also found at fault for awarding no-bid contracts to television content providers rather than go through tenders.

“In our view, Cyta is a very large organization and a major asset belonging to the Cypriot taxpayer, and we believe it is necessary for it to take those measures that will keep it profitable in an increasingly competitive environment,” the auditor-general told legislators.

More Brexit humiliation for May as parliament defeats her again