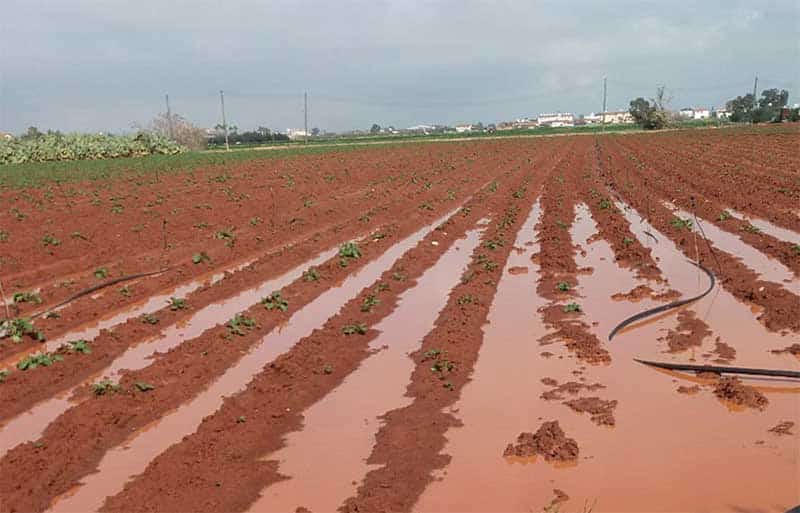 Waterlogged fields in the Famagusta district

While torrential rain fell in the evening, hail fell from 4am until 5.30am on Thursday morning, General-secretary of farmers’ union Panagrotikos Tasos Yiapanis said, calling the result of the weather “a major disaster”.

Yiapanis said the union has called on the agricultural insurance organisation (Oga) to visit the affected area and record the damage.

He added this year was expected to be a good year for potatoes and producers were expecting to make money, but the severe weather has now caused a lot of damage.