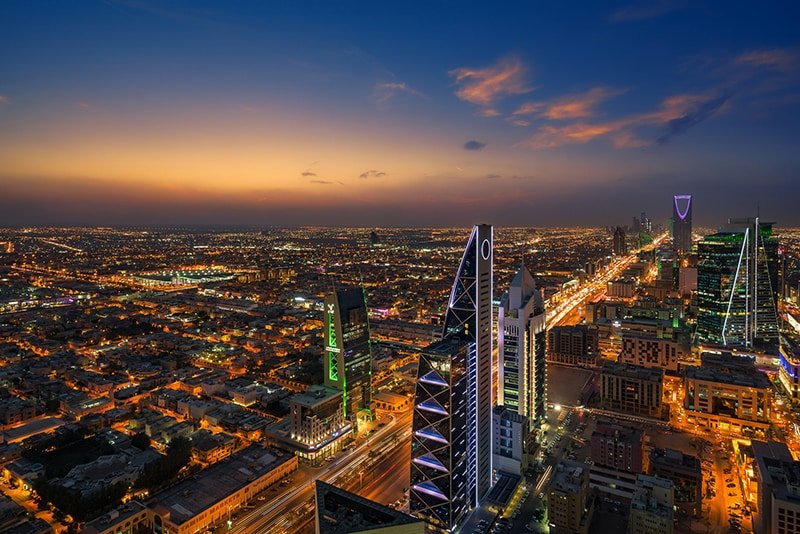 STRASBOURG, Feb 13 (Reuters) – The European Commission added Saudi Arabia, Panama, Nigeria and other jurisdictions to a blacklist of nations seen as posing a threat because of lax controls on terrorism financing and money laundering, the EU executive said on Wednesday.

The move is part of a crackdown on money laundering after several scandals at EU banks but has been criticised by several EU countries including Britain worried about their economic relations with the listed states, notably Saudi Arabia.

The Saudi government said it regretted the decision in a statement published by the Saudi Press Agency, adding: “Saudi Arabia’s commitment to combating money laundering and the financing of terrorism is a strategic priority”.

Panama said it should be removed from the list because it recently adopted stronger rules against money laundering.

Despite pressure to exclude Riyadh from the list, the commission decided to list the kingdom, confirming a Reuters report in January.

Apart from reputational damage, inclusion on the list complicates financial relations with the EU. The bloc’s banks will have to carry out additional checks on payments involving entities from listed jurisdictions.

The list now includes 23 jurisdictions, up from 16. The commission said it added jurisdictions with “strategic deficiencies in their anti-money laundering and countering terrorist financing regimes”.

Other newcomers to the list are Libya, Botswana, Ghana, Samoa, the Bahamas and the four United States territories of American Samoa, U.S. Virgin Islands, Puerto Rico and Guam.

The 28 EU member states now have one month, which can be extended to two, to endorse the list. They could reject it by qualified majority. EU justice commissioner Vera Jourova, who proposed the list, told a news conference that she was confident states would not block it.

She said it was urgent to act because “risks spread like wildfire in the banking sector”.

But concerns remain. Britain, which plans to leave the EU on March 29, said on Wednesday the list could “confuse businesses” because it diverges from a smaller listing compiled by its Financial Action Task Force (FATF), which is the global standard-setter for anti-money laundering.

The FATF list includes 12 jurisdictions – all on the EU blacklist – but excludes Saudi Arabia, Panama and U.S. territories. The FATF will update its list next week.

London has led a pushback against the EU list in past days, and at closed-door meetings urged the exclusion of Saudi Arabia, EU sources told Reuters.

The oil-rich kingdom is a major importer of goods and weapons from the EU and several top British banks have operations in the country. Royal Bank of Scotland is the European bank with the largest turnover in Saudi Arabia, with around 150 million euros ($169 million) in 2015, according to public data.

HSBC is Europe’s most successful bank in Riyadh. It booked profits of 450 million euros in 2015 in the kingdom but disclosed no turnover and has no employees there, according to public data released under EU rules.

“The UK will continue to work with the Commission to ensure that the list that comes into force provides certainty to businesses and is as effective as possible at tackling illicit finance,” a British Treasury spokesman said.

Criteria used to blacklist countries include weak sanctions against money laundering and terrorism financing, insufficient cooperation with the EU on the matter and lack of transparency about the beneficial owners of companies and trusts.

Five of the listed countries are already included on a separate EU blacklist of tax havens. They are Samoa, Trinidad and Tobago and the three U.S. territories of American Samoa, Guam and U.S. Virgin Islands.

Critics said the list fell short of including several countries involved in money-laundering scandals in Europe.

“Some of the biggest dirty-money washing machines are still missing. These include Russia, the City of London and its offshore territories, as well as Azerbaijan,” said Greens lawmaker Sven Giegold, who sits in the European Parliament special committee on financial crimes.

Jourova said the commission will continue monitoring other jurisdictions not yet listed. Among the states that will be closely monitored are the United States and Russia.

Saudi Arabia notes with regret the European Commission proposed revised list of “high risk” countries on money laundering and the financing of terrorism released on 13th February, 2019 that includes Saudi Arabia despite several measures of reinforcement of its legal framework which has led to increased cooperation with its counterparts. The Kingdom reaffirms that it is strongly committed to the common fight against money laundering and terrorism financing, a commitment that it shares with its international partners and allies.

Saudi Arabia – a member of the Global Coalition To Defeat ISIS and co-chair, with United States and Italy, of the CIFG (the counter ISIS financing working group ) – has implemented over the years important laws and procedures with the aim of fighting Money Laundering and Terrorism Financing and mitigating associated risks.

In addition, the Mutual Evaluation Report on Saudi Arabia, published by the Financial Action Task Force (FATF) in September 2018, commended Saudi Arabia on the level of its technical compliance with the FATF’s recommendations. The FATF report shows that the Kingdom’s anti-Money Laundering and Combating the Financing of Terrorism (AML/CFT) preventive measures are strong and well established. The Kingdom has furthermore an established legal framework and co-ordination process for implementing UN targeted financial sanctions on terrorism without delay.

The Minister of Finance, H.E Mohammed Al-Jadaan said, “Saudi Arabia’s commitment to fighting money laundering and terrorism financing is a strategic priority for the Kingdom. We will continue to develop and enhance our regulatory framework to achieve this goal. We note the proposed revised list is subject to approval of both the European Parliament and Council of Ministers”.

Al-Jadaan called on the European Commission officials and members of the European Parliament to visit Riyadh and observe the continuous efforts and initiatives taken by the Kingdom at the local, regional and international levels in the fight against terrorism-financing, and money laundering. Saudi Arabia will continue to communicate with the Commission and looks forward to a constructive dialogue with its partners in the European Union to contribute to strengthening and supporting the means of countering money laundering and terrorism at the international and regional levels.

Minister in court over delay in Mackenzie venue demolition