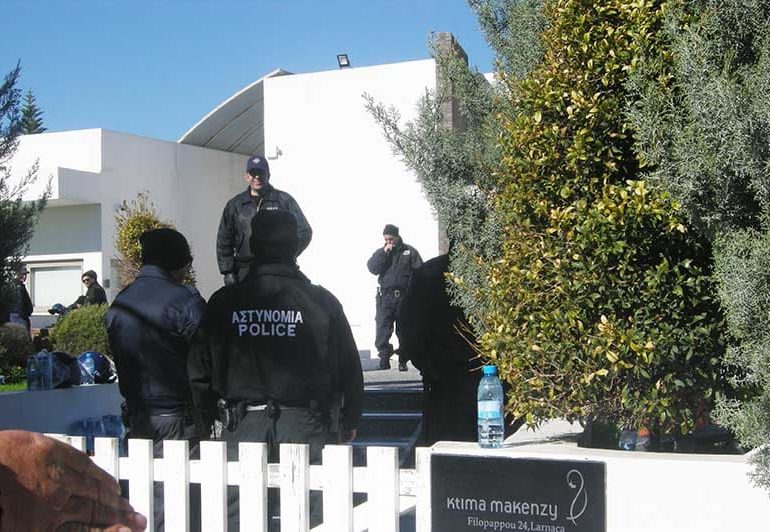 Interior Minister Constantinos Petrides will appear at the Larnaca district court on Friday to provide explanations as to why the court ruling to demolish an event venue near Mackenzie beach has been ignored.

A court order was issued in January 2016, ordering the government to vacate the Ktima Makenzy venue and remove any buildings that have been constructed since the interior ministry, as the guardian of Turkish Cypriot properties, leased the land to a private individual in 2010. Previously, the court had ruled that the land had to be handed over to its Turkish Cypriot owner, a British citizen.

A demolition order for the Ktima Makenzy venue is also expected to be issued on Thursday by the Larnaca municipality.

The procedure for issuing a demolition order, which would have under normal circumstances taken several weeks or months and which includes a study evaluating the impact of the demolition on residents of the area, was expedited in view of securing the order prior to Petrides’ appearance in court.

A tender for the carrying out of the demolition is expected to be endorsed between February 25-27, while the demolition should begin at the end of February or early March.

The property dispute was launched after Raymond Riza, the son and heir of Fikret Ali Riza who died in the UK in June 2000, filed a lawsuit against the state and the guardian of Turkish Cypriot properties.

Fikret Ali Riza owned the land in the parish of Skala and was born in Larnaca on February 2, 1926. He emigrated to London in 1951 where he lived until his death.

The property was registered to his son in August 2005. Raymond was born in 1955 and has lived in London since. Like Raymond, Fikret was also a British passport holder.

Raymond sued the state and the guardian, demanding some €958,000 in damages for loss of use between 1975 and 2012, as well as general damages for violating his right to property.

The property in question had been requisitioned, like all properties left behind by Turkish Cypriots in the aftermath of the Turkish invasion in July 1974.

In 1991, it came under the control of the guardian of Turkish Cypriot properties (interior ministry), whose task is to protect the properties until an agreement was reached by the two sides.

The state argued that the property had been taken over based on the law of necessity – passed in 1964 to ensure the smooth running of the state after the Turkish Cypriots left their posts in the government and legislature – and public interest.

It also argued that the owner and his heirs could not exercise their rights, without permission from the guardian, as long as the division continued.

It was also claimed that the guardian does not even have the right or authority to return the property before the division ended.

However, the court ruled that “the case in question does not concern Turkish Cypriot property”, but a “property that was registered and occupied by a British national”.

The court said the case was no different and should not be treated differently from one concerning a Greek Cypriot or other national “who found out that their property in Cyprus was requisitioned for a certain period and the Republic and the guardian assumed possession and control … because it was wrongly deemed Turkish Cypriot”.

The court ordered the defendants to vacate the property and remove any constructions.

It also banned them and any third parties from entering, occupying, and using the property. The orders were suspended for five months to give the defendants time to comply.

It also awarded damages worth around €75,000 added to which were varying levels of interest depending on specific time periods and changing rental values.

Later in January, the court extended the deadline for the removal of buildings in view of allowing time for the two parties to come to an agreement, but they failed to do so.

Our View: Is rift between minister and doctors too deep to fix?