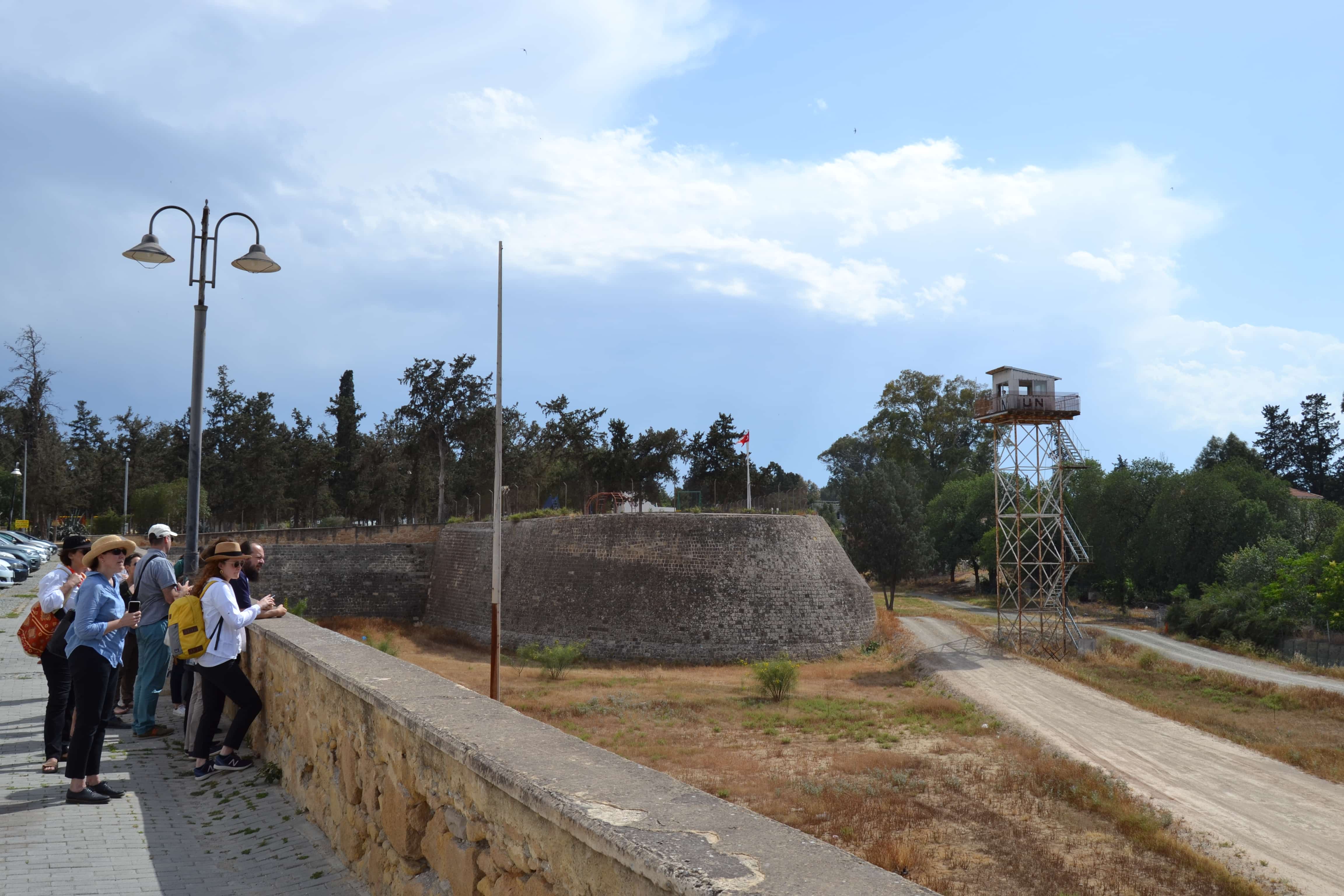 Looking over the moat of the walls of Nicosia, now being part of the UN-controlled buffer zone

Think about a work of art which changes over time and has been seen by many different viewers with preconceived ideas, has been interpreted by politicians to advance their interests, and has been used to promote tourism, and religion to boot.

If you can do this, you may have an idea why a new project to untangle layers of mediaeval Mediterranean monuments is complicated – and why more investigations are necessary.

In places such as Cyprus, where heritage has been shaped by political, cultural and historical forces, mediaeval buildings have acquired a nuanced, layered meaning not always easy to grasp.

One building erected to accommodate people of faith may have been used as a mosque or a cathedral over the centuries, and this is just a simple example.

The Cyprus Institute is part of an ambitious project to uncover more complex layers in the wider Mediterranean context.

Under the title ‘Mediterranean Palimpsests: Connecting the Art and Architectural Histories of Medieval and Early Modern Cities’ a big project funded by the Getty Foundation brings together a group of international scholars studying, exploring and comparing the complex heritage of historic Mediterranean cities.

The mediaeval walls surrounding the historic centre of Nicosia is one such example of a palimpsest or an item reused or altered but still bearing visible traces of its earlier form.¶

The sturdy walls, built by the Venetians to withstand the canons of the attacking Ottomans in 1570, have surrounded the city centre since the 16th century. The circular outline of the walls with its 11 heart-shape bastions is now the logo used by the municipalities in both the north and the south of the city. 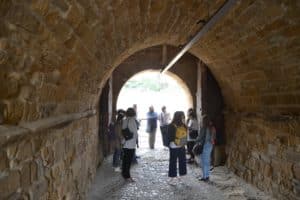 But when trying to walk around Nicosia’s wall one is immediately made aware of a contemporary reality impossible to ignore – that this is a divided city and that the historic centre of the town is split in two separate parts.

“You start walking along the wall and you run into the buffer zone. You can’t really study the city’s past without confronting the complexities of its divided present,” said Nikolas Bakirtzis, associate professor at the Cyprus Institute and co-director of the project.

“Understanding the complexity of the mediaeval past matters for contemporary society,” Bakirtzis told the Sunday Mail. “We frequently tend to gloss over intricate heritage issues because of political and ideological priorities. It is through education that we can become more aware of the complexities of cultural identity. Unfortunately, we are not really taught to appreciate, critically analyse and therefore accept cultural diversity.”

“One of the biggest challenges is that you have locally positioned scholars doing work in a national academic contexts, which are frequently self-centred. It is important to have a broader, regional and global perspective and this programme provides such an opportunity,” the researcher said.

The first workshop was organised in Nicosia in May 2018 with the second one, held in Cordoba and Granada, recently completed in January 2019. The third one is scheduled for January 2020 in Thessaloniki and Rhodes.

The idea behind these choices is that these towns have very different histories but they share the fact that their mediaeval character continues to resonate in the present.

Nicosia, the first place visited, is not usually seen as one of the most important mediaeval cities but it is particularly significant for the way it highlights the connection between the past and the present which cannot be separated.

How monuments are used, interpreted and experienced is largely shaped by where in the capital they are located – in the part inhabited by Greek Cypriots or the Turkish Cypriot part.

“The situation is not as simple as sometimes outsider visitors think. The city’s story continues to be written and the ongoing building in the centre of Nicosia shows that it is actively growing,” the associate professor commented. 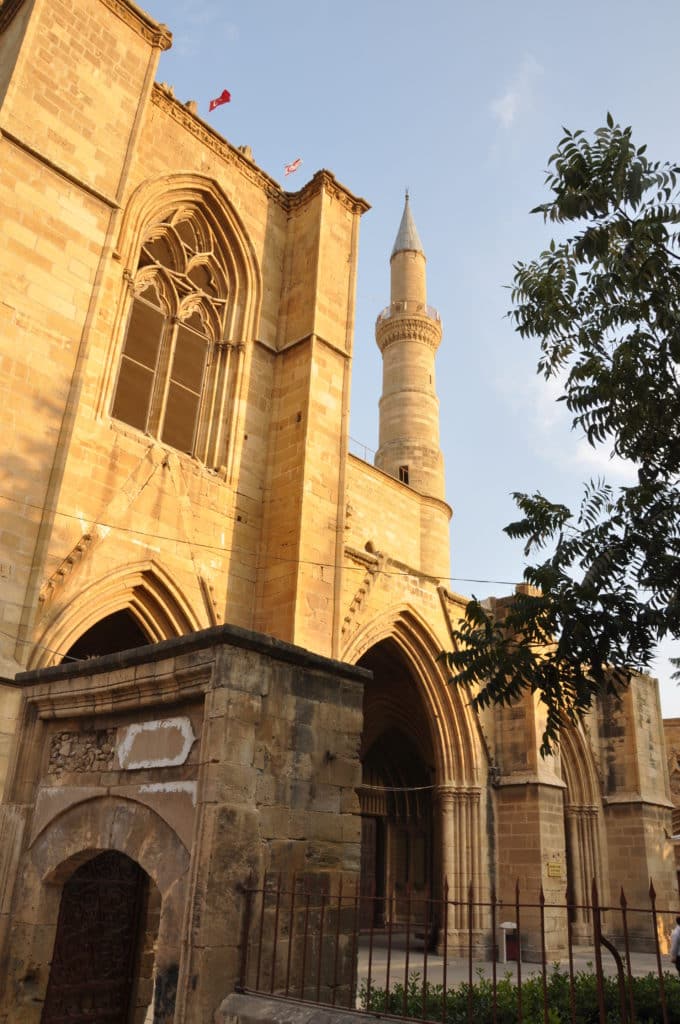 To visit the gothic cathedral of the Hagia Sophia the group of researchers needed to cross the Green Line, and the contemporary reality is that it is now used as a mosque as it was converted to the Selimiye Mosque after the Ottomans took control of the city. “But how would it be used if there was a reunification for the city?” he asked, a question which shows that the historical narrative is ongoing.

To better understand the difference to places such as Nicosia, where the narrative continues to change, the group visited sites which are different, such as Kourion.

“Kourion was a lively and important ancient city, but today it is an archaeological site, presented and maintained by the department of antiquities as an open museum of a dead city,” the researcher explained. “At Kourion, archaeologists have control over the curation of the site and the way Kourion’s heritage is presented. Nicosia is a living city and thus, far more complicated.”

The group’s second visit, to Spain and Andalucia in January this year, was based on the experiences from the Nicosia visit.

Again, historical and political forces shape how monuments have been and are viewed and experienced. An example is the importance and allure of the Islamic heritage in an age of mass tourism for Spain. Cities and buildings with layered histories that preserved both Muslim and Christian characteristics have been misrepresented to either accommodate national and religious narratives related to the ‘Reconquista’, the defeat of the Arabs in Spain in 1492 by the Christians, or to meet the ‘orientalising’ expectations of today’s tourists.

The mosque/cathedral of Cordoba which was part of the group’s visit is a good example of the complexities involved. It is known both as ‘The Great Mosque of Cordoba’ and ‘The Cathedral of Our Lady of the Assumption’.

Archaeological evidence and historical references suggest that an early church existed at the site of the Great Mosque which developed and expanded in phases. After Cordoba came under the control of the King of Castile in the 13th century, the mosque space was appropriated by the Catholic church and gradually a cathedral emerged from its central part. 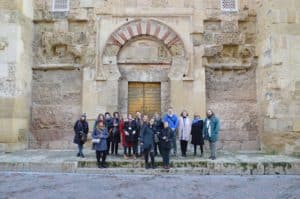 “The complexity of the mosque’s history and use remain a challenge for every visitor and of course a fascinating problem for students of art and architectural history as well as cultural heritage,” said the researcher from the Cyprus Institute.

Nowadays, it is a Unesco site and a magnet for tourists, largely because of its Muslim past.

In Granada, the Alhambra was explored by the researchers. It was built by Mohammed ibn Yusuf ben Nasr and his successors and was later conquered by Catholic Spanish rulers, who used it as a residence. ¶

Its importance as a monument of Islamic art, architecture and culture was rediscovered and developed largely for touristic purposes, according to Bakirtzis. “For many Europeans, the monuments of Al-Andalus is as close as they get to Islamic culture,” he said. “But can we really focus on just one of the ‘layers’ of the cultural stratigraphy of cities like Granada or Cordoba?”

After evaluating what they have done so far, the group expects to make other interesting observations in Thessaloniki and Rhodes, where they will meet in the beginning of 2020.

Thessaloniki’s heritage was redefined by new urban planning after the devastating fire of 1917 while Rhodes was creatively preserved as a medieval fortified city by the Italians who controlled the island from 1912 until 1943; and the island has been described as a showcase of Italian colonial attitudes towards heritage.

When the workshop visits are concluded, participant researchers will be able to draw more conclusions and build on an array of comparisons, thus being a step closer to appreciating and understanding the diversity of the Mediterranean culture, including Cyprus.