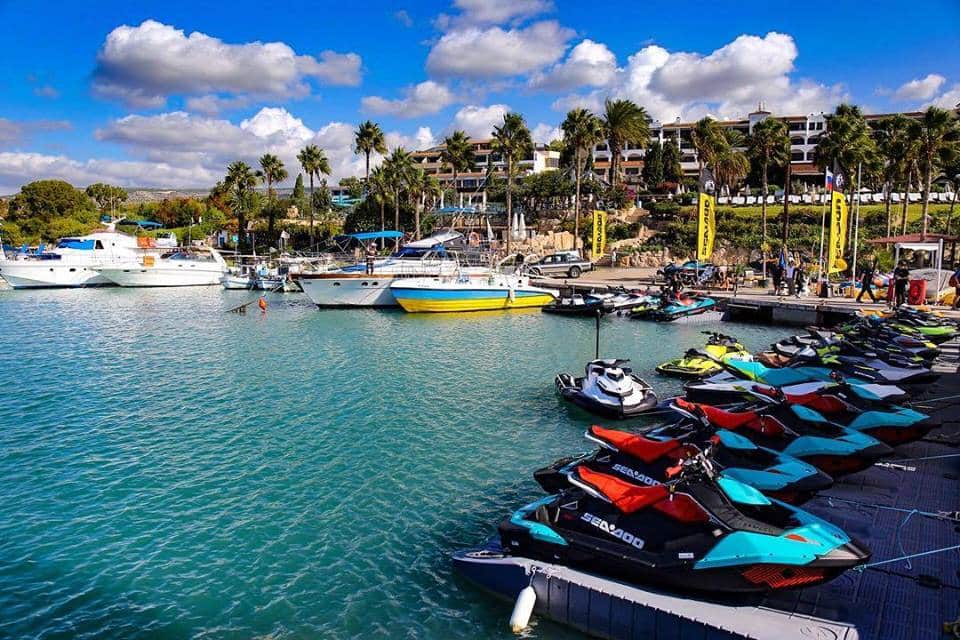 A planning application by Leptos developers to build three new towers next to a popular seaside hotel in Peyia has led the local council to request a public consultation as soon as possible.

Leptos developers has applied for an ambitious expansion at its Coral Beach Hotel and Resort to include three seaside apartment towers. They are seven, eight and nine floors respectively.

“A public consultation on this matter is very important, as this is the first time that high buildings will be created in Peyia,” the town’s mayor Marinos Lambrou told the Sunday Mail.

The matter was discussed at last week’s council meeting where councillors argued that as Peyia is in the process of creating a master plan for the area, it made no sense for the authorities to grant planning permission in the middle of this procedure.

The planning zones for the ‘design’ of Peyia are currently being examined and should be completed in around a year’s time.

“I’m not saying that there won’t be any high buildings in Peyia, but the question is where,” he said.

Peyia councillor, Edek’s Achilleas Achilleos, said that he feared Leptos’ request was just the beginning of the thin end of the wedge and would ease the way for even taller buildings in Peyia in the future.

“The municipality needs to take a decision and draw a line to decide the maximum height of buildings that we accept close to the sea, for example five floors and no more,” he said.

But developer George Leptos told the Sunday Mail that the buildings would be ‘not much taller’ than existing ones and, as some of the levels will be underground, only seven floors would be visible.

“I don’t like to refer to them as towers or tall buildings as it gives the wrong impression. I don’t consider them as such, and they are not like those in Limassol of 20 or so floors for example.”

He added that these buildings would have less of an impact on the surrounding environment than lower, larger, sprawling buildings which could be placed there, as there is plenty of width available at the plot.

Leptos said that the new project would also be in the middle of the plot and not on the coastal protected area, or close to the nearby road, nor would sea views be obstructed.

“The empty plot behind also belongs to us anyway,” he said.

Once all of the necessary permits were in place the project would get underway during the winter months so as not to disturb visiting tourists, he said, adding that the carefully designed project would include many green areas.

“We will create around 250 to 300 new beds and this will be beneficial for the area,” he said.

“We are developing a nice design with a lovely environment and lifestyle. Some of the apartments will be rented out as part of the hotel and with their own facilities, and others sold to facilitate the development.”

Peyia councillor Linda Leblanc said it made no sense to construct high buildings on the plot.

“There needs to be a proper study and the question is, do we really want high rise building in Peyia at all? I’m firmly against the idea,” she said.

Describing the buildings as a radical departure for Peyia, she said that Leptos had built the first four story apartment block in the area around 2000, and now they are ‘everywhere.’

“This sort of thing sets a precedent and there shouldn’t be any high rise buildings in Peyia at all,” she said.

The council has asked for a public consultation in line with EU legislation which will enable residents to be informed about the proposed development and to comment before a planning permit is issued from Nicosia.

“There are so many questions which need to be answered. I am not against development ‘per se’, but I think such buildings are a backward step and a more holistic approach is needed to development in Peyia,” she said.

As well as the three towers, the proposed plans include a further floor being added to the existing Coral Beach Hotel, said Leblanc.

Leptos said that the existing spa and gym will be expanded and enhanced and new restaurants created.

“We will also aim to use every modern way to safeguard the environment,” he said.

Leblanc also questioned the need to build further apartments as so many already lie empty in Peyia.

Lambrou, Achilleos and Leblanc are also all concerned that Leptos has failed to adhere to regulations in the past.

“There have been many problems from this developer in the past: no title deeds, a lack of green areas, pavements not done and so on. He wants the go-ahead to proceed, but maybe they won’t be done according to the plans,” said Achilleos.

The mayor said outstanding issues include the existence of a small marina without permission, and public access to the beach.

Although the hotel was granted planning permission 30 years ago, it continues to host many illegalities decades later, Leblanc said.

“The mini-marina has contributed to erosion and other problems in the bay, there is limited/no public access to the beach, and a lack of a public green areas,” she said.

Achilleous stressed that he was not against development in Peyia, but that it needed to take place correctly.

“Although there will be underground parking available, the towers will still be higher than anything else so far.”

Tall buildings have become ‘fashionable’ in Cyprus in recent years, pulling both criticism and praise from locals and businesses. The Limassol skyline has seen the greatest change so far, with a rapidly altering horizon, as many tall buildings are being constructed along its coastline.

As well as aesthetic concerns, there are also worries that these buildings could pose a safety risk or a danger of earthquakes. The zones of highest seismic danger include most seaside areas in the of the island including Paphos, Famagusta, Larnaca and Limassol.

Iran’s Zarif says risk of war with Israel is great