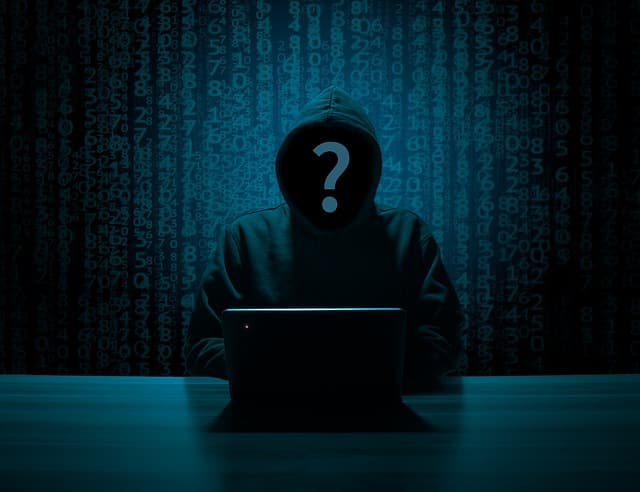 Held at the central prisons for well over a year and a half, 20-year-old Joshua Epiphaniou is the first Cypriot citizen to be put on trial for extradition to the United States, where he is wanted by the FBI on suspicion of extorting almost $60,000 through hacking offences committed while still a minor.

The ongoing extradition hearing, which Epiphaniou’s lawyer Pavlos Erotocritou said is in the last stages with around two months to go, is only one aspect of the defendant’s dealings with the justice system.

Epiphaniou was initially arrested in May 2017 on suspicion of being behind a DDos attack (distributed denial of service) on Cablenet which rendered their telephony and internet services useless for around 12 hours.

Bail was paid for Epiphaniou’s release, but he was soon behind bars once again after the US filed an extradition order in January 2018, claiming that the FBI suspected him of being behind three cases involving hacking offences allegedly committed between 2014 and 2016, when Epiphaniou was between the ages of 15 and 17.

Epiphaniou is believed to have obtained thousands of US dollars from five US firms by accessing their systems and threatening to leak their data if they didn’t pay up.

Some €69,000 in cash was found in his home. A gifted student who taught himself his computer skills, Epiphaniou is from a poor family. He was forced to drop out of school for a year before graduation because his family couldn’t afford the tuition for his private education.

Even though a treaty on extraditing fugitives between Cyprus and the US has been in effect since 1999, “no other Cypriot has been extradited to the US,” Erotocritou said, “nor has there been a prior request on behalf of the US for the extradition of a Cypriot to the US.”

The extradition trial started a year ago and the prosecution, consisting of the legal service and the justice ministry, arguing in favour of the 20-year-old’s extradition to the US, has already testified.

During the most recent hearing on Tuesday, testimonies were made to argue why Epiphaniou should be tried locally for all charges, with statements given by Erotocritou, his godmother, a UCY associate professor in international and human rights law Aristotelis Constantinides, and the defendant’s psychiatrist Dr Elias Nicolaides.

Erotocritou is arguing that the defendant was in Cyprus when the alleged US crimes were committed – he did not flee the US to escape justice, which would provide some reason to the demand for extradition.

Also important, Erotocritou said, is if the the extradition request is rejected and the trial for the local charges begins, even if Epiphaniou pleads guilty to the Cablenet DDos attack, “the court will not impose a sentence of over 1.5 years, which he has already served, and so he would be released immediately.”

For the US charges, Epiphaniou could face up to 20 years in jail if found guilty in the United States – a far cry from up to five years in Cyprus, he said.

However, Erotocritou said that there are far more serious reasons for wanting Epiphaniou to be tried locally.

“The psychiatrist that has been visiting Joshua while in prison, Dr Nicolaides, believes that Joshua has serious psychotic disorders, and that he is possibly suffering from a form of autism, and is showing signs of Asperger’s syndrome,” Erotocritou said.

Nicolaides contends that if Epiphaniou is sent to a US prison, his health is likely to deteriorate to such an extent that he may possibly attempt to take his own life, Erotocritou added.

In fact, in addition to concern regarding the effects of an extradition on Epiphaniou, Nicolaides told the Sunday Mail that he also worries about how this will impact his mother, “since they have an extremely co-dependent relationship, and if separated even further it is not just Joshua who I am worried about.”

His Filipina mother, 54, worked at a supermarket. His father, a Cypriot police officer, was largely absent from his son’s life and paid child support only after a court-imposed decision.

Nicolaides reiterated that Epiphaniou shows signs of autism but also many other psychotic disorders that he said he could not disclose.

“But above all we’re taking about an extremely smart person, even genius. And if he did what they accuse him of, I’d point towards the financial difficulties his family was facing.”

From a human rights point of view, Constantinides told the court that Epiphaniou’s extradition would constitute inhumane treatment.

Constantinides reasoned that while Epiphaniou could be tried in Cyprus, the prosecution is arguing to send him to another continent, where he has no ties, no family, an uncertain future, and where his mental health is at a risk of deteriorating significantly.

In the US, he risks a penalty four times higher than what could be imposed in Cyprus, Constantinides continued, stressing that this is something that a minor – as Epiphaniou was at the time of the alleged offences – cannot imagine or foresee.

“If I’m in the US committing a crime, I know what consequences to expect, but committing the crime from Cyprus, I wouldn’t be able to foresee that I’d be sent for trial to the US,” Constantinides added.

While the extradition hearing must be completed before the charges relating to the Cablenet cyber-attack can be tried, Erotocritou said that “the position of the prosecution is that if Joshua is successfully extradited, the local charges will be withdrawn.”

“In other words,” Erotocritou continued, “they do not care to try Joshua for crimes allegedly committed in Cyprus, they care more about tending to the interests of the United States government and the FBI.”

Despite repeated requests, state prosecutor in the case Zoe Kyriakidou was unavailable for comment.

The next hearing is scheduled for 27 February, when Constantinides will be cross-examined, and Epiphaniou might take the stand. The two sides will be then be called for summing-up, before the court’s verdict is issued in two months at the latest.

Our View: Preserving wealth of SGOs costly to the taxpayer