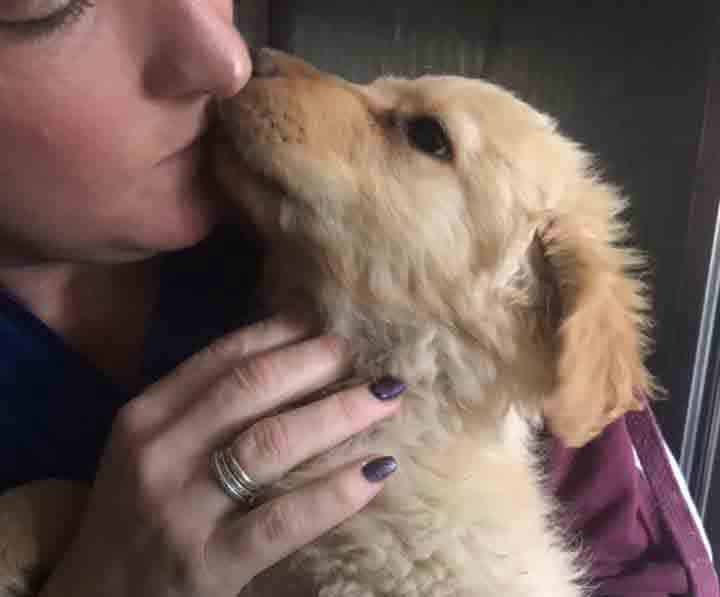 One of the five labrador puppies who has found a home

A family of seven unwanted labrador dogs have been found new homes thanks to the efforts of a Paphos-based animal charity.

The dogs were recently left at Animal Aid Welfare and CCP as their owners were no longer able to keep them, said Oana Bodnaras from the animal charity.

“It is quite unusual for an entire family to be brought in to us, usually the father is not kept at home with the mum and puppies, but in this case, they were all given to us together,” she said.

Bodanaras said that although the animals seemed in good health, the puppies, which are around four to five months old, had not received any vaccinations.

“Thankfully they have been lucky to survive without any vaccinations, and this was possible only as they were kept with the mother.”

Bodnaras added that the owners did the right thing by not separating the puppies at birth and this enabled the puppies to develop their immune system.

After being dewormed and thoroughly checked, the puppies received their first vaccinations and declared fit and healthy.

Bodanars said that the mum and dad, who are both young at around eighteen months old, will be rehomed together, as they have been together since they were puppies and have a strong bond.

“They are being prepared to go abroad to be rehomed,” she said.

The five puppies, one female and four males, will be rehomed in Cyprus and abroad.

“Two are going for local adoption and three are international adoptions.”

The dogs will be placed in ‘forever’ homes where their new owners have passed a careful vetting procedure, as soon as possible.

“The pet passport procedures have been started and as soon as the flights are booked they will be on their way. They are all really lovely, healthy dogs,” she said.

At the centre the labradors are with around 25 other puppies that survived after being brought in at only three and four weeks old and are now ready to find new homes. She explained, as is the case with other shelters, it is tough to successfully hand rear such young puppies to health.

“They needed extra care and attention and they are ready to find lovely new homes,” she said.

There are also many more slightly older puppies looking for homes at the charity’s shelter, which is home to around 550 dogs.

“A number of factors must work together to ensure happy owners, happy dogs and a happy home,” she said.

The animal welfare oganisation was founded in 1982 and provides numerous services including, veterinary clinics in Paphos and Polis, a tea shop, charity shops, a rescue line and a rehoming service. The shelter is home to numerous donkeys, horses, dogs, cats, rabbits and goats.

They are also in desperate need of donations of blankets, towels and other forms of bedding.

“It is cold at present and it doesn’t matter how much washing we do, it never dries in time,” she said.