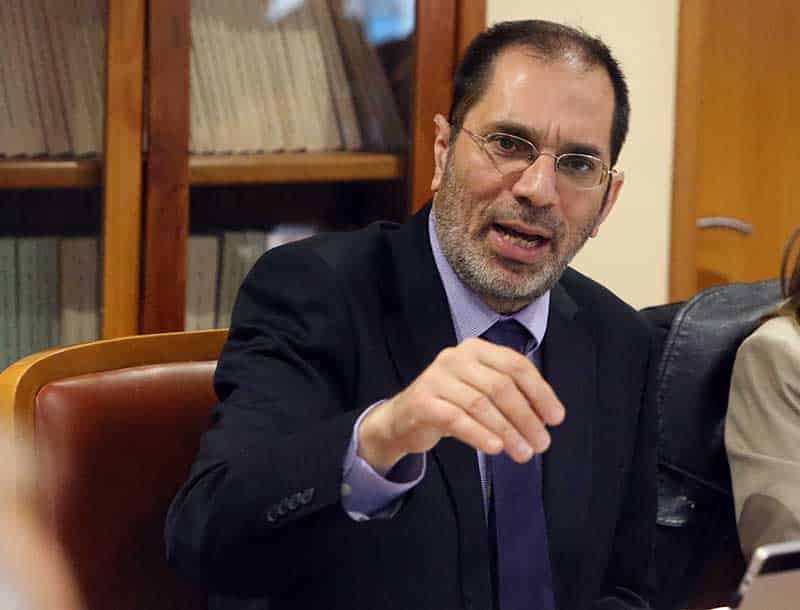 Auditor-general Odysseas Michaelides said on Monday the president could seek legal recourse if he thought he was overstepping his authority during the execution of his duties after Nicos Anastasiades suggested he went beyond the scope defined by the constitution.

In a tweet on Monday, Michaelides said he fully respected the president’s view “as the head of state but I disagree with the belief that I am overstepping the constitutional boundaries”.

The auditor added that if Anastasiades believed he was, he could seek the opinion of the supreme court.

In an interview with daily newspaper Politis, Anastasiades had said he had repeatedly instructed the auditor to avoid speaking so much in public and be careful when he prepared reports.

“I also told him to be uncompromising in what he has been tasked to do; that is, to audit the state’s finances, (and) the management of public monies,” Anastasiades said.

The president then suggested that Michaelides was being selective in the matters he chose to investigate.

“He should be severe whenever he determines there was abuse, but this should not happen selectively.”

Responding to a question, the president said: “I would not be correct if I said he remains within the boundaries defined by the constitution.”

The latest dispute arises from a report published by the audit service which concerned the huge numbers of Greek Cypriot men who do not report for army reserve duty. Among them are politicians and other prominent figures.

Michaelides said some 11,000 people were shirking their duties using various excuses or contacts or simply by exploiting an incompetent system.

Defence Minister Savvas Angelides suggested that the report contained sensitive information regarding the National Guard but Michaelides denied he had disclosed anything that could not be found online during a cursory search.

Since his appointment in 2014, Michaelides has built a broad fan base among the public who view him as a bright exception in the darkness of corruption plaguing the island.

He always responds to criticism and has often clashed with detractors in public, mostly on Twitter.

Later on Monday, the government later responded to criticism from opposition parties which accused of him interfering in Michaelides’ work.

He said that what Anastasiades said was “that due attention and diligence should be exercised in public statements.”

Particular attention, he said, should also be paid in respecting other state officials and independent institutions as well as to the respect to the provisions of the constitution.

Music on a loop

3,500 drivers stopped for speeding in a week