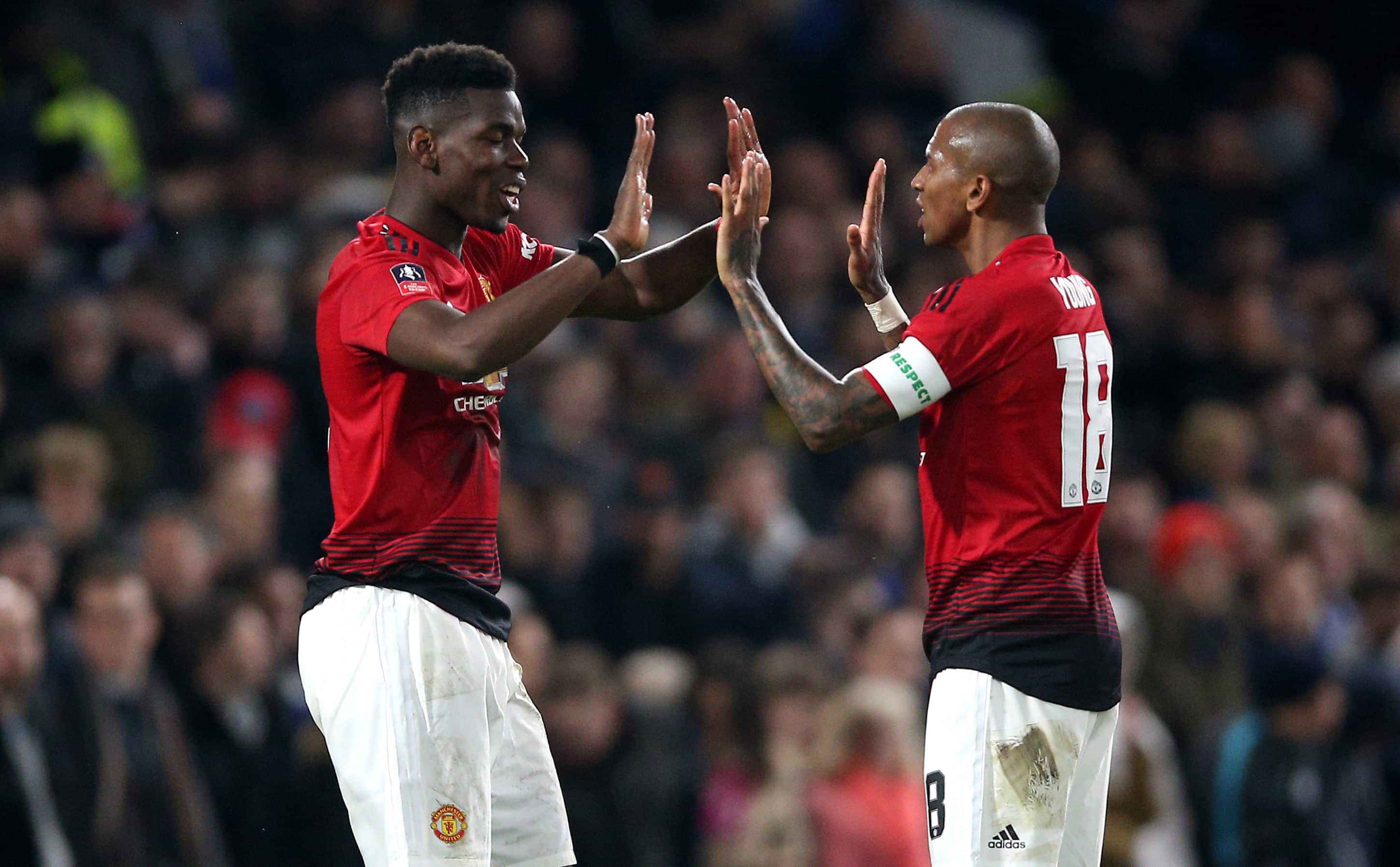 Manchester United dumped holders Chelsea out of the FA Cup with a 2-0 fifth-round win at Stamford Bridge to leave Maurizio Sarri’s position as Blues head coach ever more precarious.

Boos greeted the half-time whistle as goals from Ander Herrera and Paul Pogba, who had set up the first, earned 12-time winners United a 2-0 advantage and a place in the quarter-finals.

The dissent grew towards Sarri in the second half, with his predictable substitutions and refusal to compromise on his possession-based style of play leaving vast swathes of the home support to give an expletive-laden appraisal of ‘Sarri-ball’.

Chelsea supporters even joined in as United fans sang “You’re getting sacked in the morning”. It is a fate which appears ever more likely.

A change of boss has had the desired effect for United.

And now United are in the quarter-finals after a seventh win from seven away games since the Norwegian’s appointment on December 19.

United had eliminated the holders on 10 occasions, more than any other side in FA Cup history, but had not won at Stamford Bridge in nine prior attempts. This was just their third win in 23 games at Chelsea.

The sides have met regularly of late in the FA Cup, including last May when Antonio Conte’s Chelsea lifted the trophy ahead of Jose Mourinho’s United.

Nine months on, Solskjaer is in caretaker charge of United and Sarri is fighting for his job, with Thursday’s Europa League last-32 second leg with Malmo and Sunday’s Carabao Cup final with Manchester City to come.

The February 27 Premier League clash with Tottenham is also likely to be pivotal for Sarri, who has shown a stubborn refusal to compromise on his tactics.

The last time Chelsea faced a side from Manchester, City inflicted a 6-0 defeat – the Blues’ worst in 28 years.

Sarri selected a predictable line-up and the Blues began well, but United grew into the game and always looked dangerous.

Chris Smalling might have put United in front after nine minutes, but headed poorly at Kepa Arrizabalaga before Chelsea’s best spell of the game.

Sergio Romero, deputising for David De Gea, saved twice in quick succession. He punched David Luiz’s free-kick as far as Pedro, whose volley was gathered by the goalkeeper at the second attempt.

Pogba was deployed on the left of United’s midfield and set up the opening goal.

A flowing move involving Matic, Romelu Lukaku and Juan Mata – three former Chelsea players – concluded when Pogba crossed from the left. Fault could be found in a number of Chelsea players as Herrera headed in unnoticed at the back post.

A second followed on the stroke of half-time. Pogba won the ball in midfield before feeding Rashford down the right wing.

The France World Cup-winning midfielder continued his run and was found by Rashford’s pin-point cross. Pogba headed down and in, but Kepa might have saved.

United were able to sit back and play on the break in the second half, but received some good fortune as Matic avoided a second yellow card.

Hazard tried to spark Chelsea into life, cutting in from the right, but his shot was blocked by Victor Lindelof.

After one predictable Chelsea substitution, Willian for Pedro, there was sarcastic applause for another when Kovacic was replaced by Ross Barkley.

“You don’t know what you’re doing,” was followed by a chant of “You’re getting sacked in the morning”. United fans sang it, and Chelsea’s joined in.

More boos followed when Davide Zappacosta came on for Azpilicueta in a straight swap at right-back and there were more jeers at full-time as United advanced to face Wolves, giving Chelsea plenty of reasons to be alarmed.