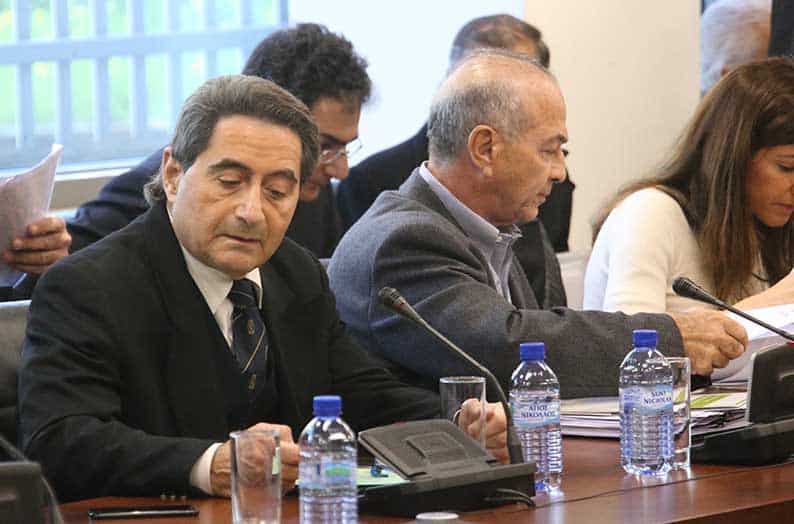 Legal advisor to the used calr dealers, Nicos Clerides said he was satisfied with the changes

MPs and used car salespersons expressed satisfaction on Monday over the removal of a provision linking vehicle age with tax from a government bill which abolishes consumption taxes across the board and introduces an emission-based road tax for passenger vehicles and light vans.

The bill, that was jointly discussed on Monday by the House transport and finance committees, was amended following strong reaction by used car business owners who had criticised it as unfair and unconstitutional because it favoured new cars.

Head of the transport committee, Giorgos Prokopiou, said that provision on a vehicle’s age were scrapped and that road tax will be based on exhaust emissions, according to categories based on the European emission standards, reaching up to Euro 6 category.

Euro standards, however, are linked to a vehicle’s age.

Legal advisor of the used car importers’ association, Nicos Clerides, said that the changes made were satisfactory. The initial provision for tax based on the age of a vehicle was unconstitutional, he said, and negatively affected the used cars selling between €5,000 and € 8,000. This amounted to 70 per cent of second-hand car sales.

Importers of new vehicles, however, are not satisfied by the amendments.

Pambos Kolokotronis, on behalf of the Nicosia car importers’ association, said that the only ones who may gain something out of the bill in question were consumers who will buy polluting cars. Consumers interested in the environment would not benefit, he said.

He said that the owner of a car emitting 185 grammes of carbon dioxide per kilometre would benefit €5,000 from the abolition of consumption tax and would pay €126 in road tax. In the past, the same person used to pay €280.

“If this is what is meant by ‘polluters pay’, I leave that to judgement of each and every one,” he said.

Disy leader, Averof Neophytou argued that the resale value of cars bought in Cyprus diminishes after five or six years, whether small or luxury, due to the import of second-hand vehicles from abroad.

He said that Cypriot consumers help British and Japanese car owners make a profit, while Cyprus has become a “scrapyard for old and large-size vehicles”.

Neophytou said that he supports affordable, safe and non-polluting vehicles for Cypriots. “I believe and hope everyone will agree that the import of cars over five years should be banned either by setting higher taxes or by any other way.”

Green’s MP, Charalambos Theopemptou, said that, the government, instead of promoting public transportation, cycling and meeting the EU’s environmental goals, is increasing the use of cars by making them cheaper.

“They abandoned the withdrawal of cars, insist that taxes be withdrawn, there are no subsidies for the purchase of an electric car. We just make expensive cars cheaper,” he said.

The bill provides for maximum €500 in road tax for cars running on petrol or hybrid diesel or electric cars, and up to €250 for hybrid petrol cars classed as Euro 4. This concerns cars manufactured between 2005 and 2009. The same tax applies to vehicles with an earlier euro standard or non-standard.

There will be no road tax for vehicles Euro 6C and 6D standard cars for both petrol/hybrid and diesel/hybrid. In the case of Euro 6A and B, diesel or dual propulsion vehicles, the road tax will be €100.

Euro 6 concerns vehicles manufactured between September 2014 and August 2018. Cars with a Euro 6C emission standard are cars made from September 2019 to August 2020.

The bill concerns only vehicles registered in Cyprus after the law comes into force.

Honda to close UK car plant with the loss of 3,500 jobs