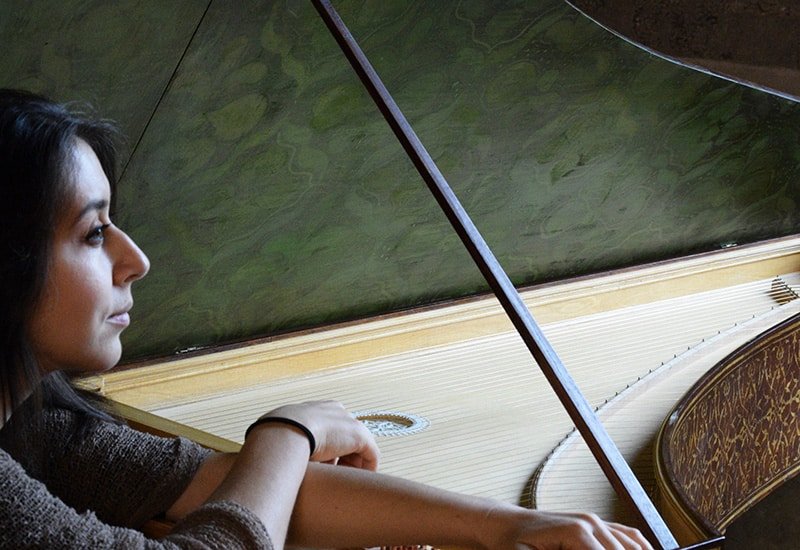 We’ll be honest. There isn’t a lot going on at this time of year, unless you’re a huge fan of the theatre: in February, the play is the thing. Or plays plural, most of which are in Greek. This week alone there’s Foxtrot and The Jewish Wife, both at the Skala Theatre in Larnaca; Eugene Onegin at the Rialto in Limassol; and Richard III at THOC, The Father at Theatro Ena, and Le Visiteur at the Bank of Cyprus Cultural Foundation, all in Nicosia.

However there are actually two classic events this week which are very worthy of note, if you’ll excuse the pun. One concert and one recital, both taking place in Nicosia, and both pretty exciting. The first, organised by The Cyprus Institute of Neurology and Genetics and the Cyprus Muscular Dystrophy Association no less, is entitled Life Melodies. As part of the Telethon programme – an annual event ongoing since 1994 that raises money for patients suffering from neuromuscular disease as well as funding scientific research – the event takes place on Friday at the Hellenic Bank Administration Building in the capital.

Billed as a ‘Concerto with pieces from the most popular musicals and arias of lyric opera’, Life Melodies sees four distinguished artists presenting a programme of musical favourites. Brahms Hungarian Dance no 1 (you definitely know this, even if not by name!) sits side by side with Andrew Lloyd Webber’s Memory, while Offenbach’s Can Can, Gershwin’s Summertime, and Lara’s Theme from Dr Zhivago are perennial favourites. It’s safe to say that nothing in the programme is too hard going: you’ll recognise and enjoy the lot!

Coming to us courtesy of renowned soprano Anastasia Maximimova, violinist Olivera Rialas and clarinettist Dukos Zarkovich with the support of locally-based pianist Tatiana Stupak, Life Melodies is all in a good cause, a jolly musical evening made even jollier by a post-concert cocktail reception, one imagines! Tickets are €20 per person and can be bought in advance – so do book early to avoid the proverbial!

The second event, taking place in Nicosia on Thursday, comes to us courtesy of one of the musical giants of the island: the Pharos Arts Foundation. For years, the foundation has been promoting both classical and contemporary music, introducing audiences to a host of world-class artists. And this Thursday’s recital is in the same vein…

Taking place at The Shoe Factory, the capital’s purpose-built musical venue, this recital sees award-winning Chilean harpsichordist Catalina Vicens appearing for the first time in Cyprus. Yes, you read that correctly: harpsichordist – not something you see (or hear) every day, to be sure! Taking us on “a captivating journey with music from 16th and 17th century Spain and Italy entitled Fantasia Mediterranea”, Catalina will be performing works by composers including Antonio Valente, Marchetto Cara, Antonio de Cabezón, Joan Ambrosio Dalza, Marc’Antonio Cavazzoni, Girolamo Frescobaldi, Bernardo Pasquini and Domenico Scarlatti.

This programme is, organisers suggest, an ideal repertoire for the Pharos Arts Foundation’s Graziano Bandini Harpsichord, which is described as “an integral-construction instrument in the style of Onofrio Guarracino who worked in Naples in the second half of the 17th century”! Both instrument and performer are clearly out of the ordinary: Catalina herself being both a researcher and an international soloist who specialises in performing on antique keyboard instruments. Regularly invited to give recitals on original historical keyboard instruments (including the oldest harpsichord known to man; NB not ours! Crafted in Naples in 1425, this antique instrument currently resides in – of all places – the National Music Museum of Vermillion in South Dakota!), she’s one of the foremost performers of the genre in the world.

With both concerts being one-offs, it’s certainly worth missing a play or two this week. Even the die-hard theatre-goers will enjoy this change of pace; how often can you say you’ve heard the world’s premier harpsichordist or a soprano who’s been described as “one of the most vivid and unique phenomena in the world of contemporary music”?

Alix Norman is a freelance writer and editor based in Cyprus. For more information on her work visit www.alixnorman.com

Harpsichord recital by Catalina Vicens. 8:30pm on February 21 at The Shoe Factory, Nicosia. Tickets are €10/€15 and are available from the Pharos Arts Foundation Box Office (22 663871) and from www.pharosartsfoundation.org

Construction works for Dream Tower about to begin