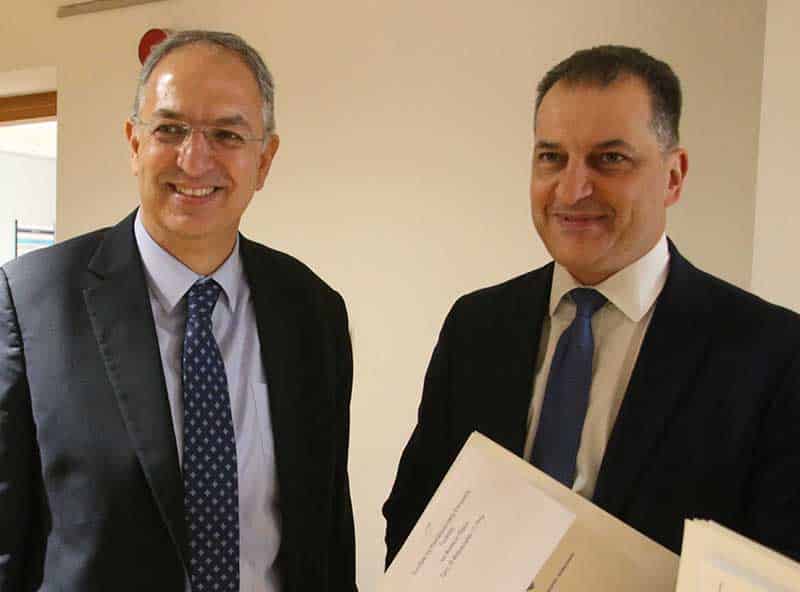 After Cyprus lost the halloumi trademark in the UK, the legal service told the House agriculture committee on Tuesday it will be undertaking new battles to prevent the additional loss of the European trademark.

Commerce Minister Giorgos Lakkotrypis highlighted to the committee the importance of exhaustive checks on the production of halloumi so that the case can be defended in court.

On Friday, President Nicos Anastasiades warned halloumi exporters to fall in line with the legal service’s standards for the cheese’s production otherwise the state would increase regulations on exports.

A procedure is also underway to designate halloumi as a Protected Designation of Origin (PDO) product, which Agriculture Minister Costas Kadis told the committee ended positively on a technocratic level, but was later blocked for political reasons.

Efforts to designate halloumi as a PDO product, Kadis explained, were linked in an unprecedented manner to the Cyprus problem and the Green Line Regulation of 2004.

Successfully establishing halloumi as a PDO product is the only way “we can feel confident”, committee chairman Andreas Kafkalias said.

There will be incalculable consequences should the European trademark be lost, Kafkalias said, though even if this is obstructed it is uncertain whether the European trademark will apply to the UK in the case of a no-deal Brexit, leaving the establishment of the cheese as a PDO product the only certain guarantee.

In January it was reported that Cyprus may have definitively lost the trademark for halloumi in the UK after a British court refused to consider a last-ditch appeal filed by Cypriot authorities to object against the cancellation of its halloumi trademark.

Referring to the disciplinary probe that was subsequently launched within the commerce ministry to determine whether officials were derelict in their duties, Lakkotrypis told the committee that he had received a request by the attorney-general Costas Clerides for the addition of one more member to the investigating team. The request will be presented to cabinet on Wednesday, he said.

A representative of the legal service clarified to the committee that the appeal on behalf of the Cypriot authorities was rejected by the British court as there were no new legal grounds.

Following the latest development in the UK court, the government’s last option is filing for a new trademark for halloumi with the UK’s Intellectual Property Office (Ukipo).

Man dies after being crushed by water tanks