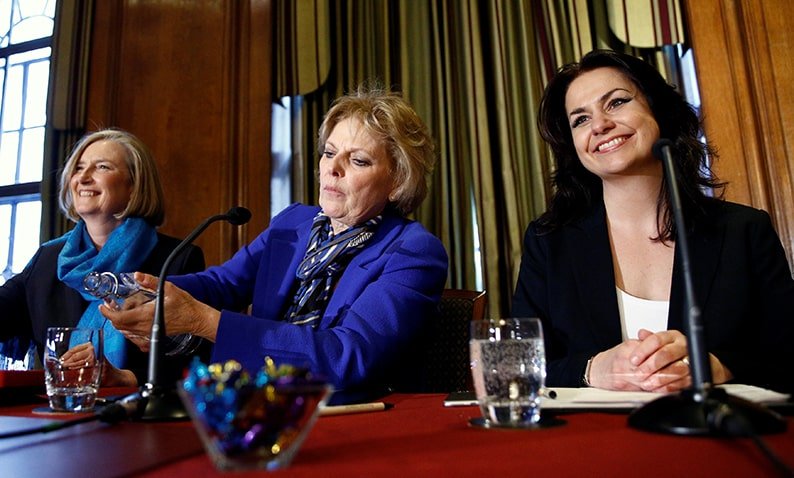 Three pro-EU lawmakers from Britain’s governing Conservative Party quit to join an independent group in parliament on Wednesday, in a blow to Prime Minister Theresa May’s attempts to unite her party around her Brexit plans.

Below is their resignation letter to May:

It is with regret that we are writing to resign the Conservative whip and our membership of the Party.

We voted for you as Leader and Prime Minister because we believed you were committed to a moderate, open- hearted Conservative Party in the One Nation tradition. A party of economic competence, representing the best of British business, delivering good jobs, opportunity and prosperity for all, funding world class public services and tackling inequalities. We had hoped you would also continue to modernise our party so that it could reach out and broaden its appeal to younger voters and to embrace and reflect the diversity of the communities we seek to represent.

Sadly, the Conservative Party has increasingly abandoned these principles and values with a shift to the right of British Politics. We no longer feel we can remain in the Party of a Government whose policies and priorities are so firmly in the grip of the ERG and DUP.

Brexit has re-defined the Conservative Party — undoing all the efforts to modernise it. There has been a dismal failure to stand up to the hard line ERG which operates openly as a party within a party, with its own leader, whip and policy.

This shift to the right has been exacerbated by blatant entryism. Not only has this been tolerated, it has been actively welcomed in some quarters. A purple momentum is subsuming the Conservative Party, much as the hard left has been allowed to consume and terminally undermine the Labour Party.

We have tried consistently and for some time to keep the Party close to the centre ground of British Politics. You assured us when you first sought the leadership that this was your intention. We haven’t changed, the Conservative Party has and it no longer reflects the values and beliefs we share with millions of people throughout the United Kingdom.

The final straw for us has been this Government’s disastrous handling of Brexit.

Following the EU referendum of 2016, no genuine effort was made to build a cross party, let alone a national consensus to deliver Brexit. Instead of seeking to heal the divisions or to tackle the underlying causes of Brexit, the priority was to draw up “red lines”. The 48 percent were not only sidelined, they were alienated.

We find it unconscionable that a Party once trusted on the economy, more than any other, is now recklessly marching the country to the cliff edge of no deal. No responsible government should knowingly and deliberately inflict the dire consequences of such a destructive exit on individuals, communities and businesses and put at risk the prospect-of ending austerity.

We also reject the false binary choice that you have presented to Parliament between a bad deal and no deal. Running down the clock to March 29th amounts to a policy of no deal and we are not prepared to wait until our toes are at the edge of the cliff.

We can no longer act as bystanders.

We intend to sit as independents alongside The Independent Group of MPs in the centre ground of British politics. There will be times when we will support the Government, for example, on measures to strengthen our economy, security and improve our public services. But we now feel honour bound to put our constituents’ and country’s interests first.

We would like to thank all those who have supported us and worked alongside us within our constituencies over many years. We genuinely wish our many friends and colleagues within the Party well, indeed we know many of them share our concerns.

We will continue to work constructively, locally and nationally, on behalf of our constituents. However, the country deserves better. We believe there is a failure of politics in general, not just in the Conservative Party but in both main parties as they move to the fringes, leaving millions of people with no representation. Our politics needs urgent and radical reform and we are determined to play our part.

Part of old Limassol-Paphos road to close for three months