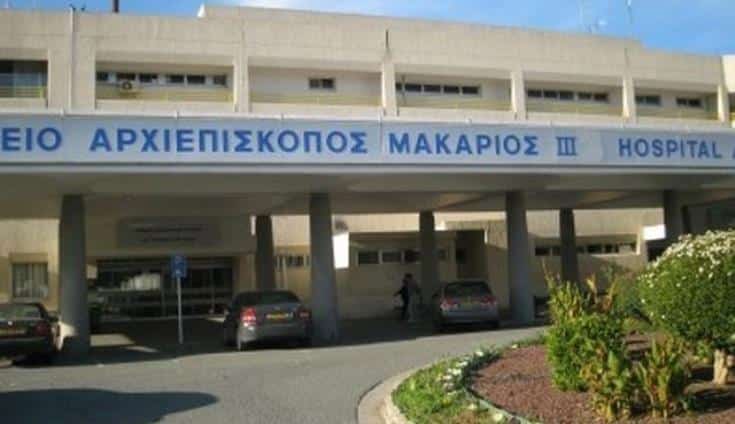 THE 22-year-old father of a five-month-old baby girl was in custody on Wednesday as authorities sought to establish allegations by the baby’s mother, 25, with the assessment of three doctors, that the infant had been sexually abused.

In a case that has left the public shocked and outraged, the father was remanded for five days by the Nicosia court in a closed-door hearing. Cybc reported that he was refusing to cooperate with police.

He was arrested after the baby’s mother filed her complaint on Tuesday following a visit to the Makarios children’s hospital in Nicosia where she took the infant when she noticed the child had inflammation in her genital region.

According to Cybc, she said in her statement to police that that she went to work and left the baby girl alone with her father. Upon her return, she noticed the inflammation, and the baby’s father said that she should take her to the hospital.

There, she was examined by three doctors, a paediatrician, a gynaecologist, and state pathologist Eleni Antoniou, all of whom concluded it appeared that she had been sexually abused. Police were immediately alerted. The baby was kept in at Makarios hospital for monitoring on Tuesday night. Her condition is not life-threatening.

She was on Wednesday taken into the care of the NGO Hope For Children, which is providing support for the family. The Social Welfare Services said that they are working with authorities to examine the case completely.

“It is a shocking and tragic event, which appears to have happened on Tuesday,” Makarios children’s hospital surgeon Efthymios Tsividanides told Cybc. “It seems she was the victim of rape. In 32 years, I have never seen a rape incident involving a five-month-old baby.” He told Sigmalive doctors had initially examined the baby for signs of possible female genital mutilation.

However, not everyone was in agreement on what might have occurred. The director of Makarios hospital, Andreas Neophytou said the baby girl did not have deep injuries or haemorrhaging, but that there was inflammation in her genital area.

Former state pathologist Marios Matsakis also shared a differing opinion, saying that everything was on the table “except for rape” because, he said, at such a young age the baby would have sustained serious injuries, which did not seem to be the case.
State pathologist Eleni Antoniou told the Cyprus Mail it appeared the child was sexually abused but that more would come to light following the investigations of the police.

People were left shocked and many were quick to react. Deputy government spokeswoman, Klelia Vasiliou said in a social media post: “There are no words, to describe the hurt at the news of the five-month-old baby.”

The head of the House committee on human rights, Stella Kyriakidou told Sigma TV that it was the first time that such a serious allegation had been made about a child at such a young age. She added that all the competent authorities would ensure that the child was protected.

The head of the organisation Foni (Voice), which deals with sexual abuse, Anastasia Papadopoulou said: “Unfortunately, it is not the first such incident and it will not be the last. The sexual abuse of children is a phenomenon of our society, and complaints are filed daily.”

Papadopoulou said that the case was a difficult one as the child cannot speak, and that the only way to find evidence was from witness statements and the information collected by the doctors.

She also thanked the doctors for immediately alerting authorities, and the mother, who filed the complaint despite the language barrier.