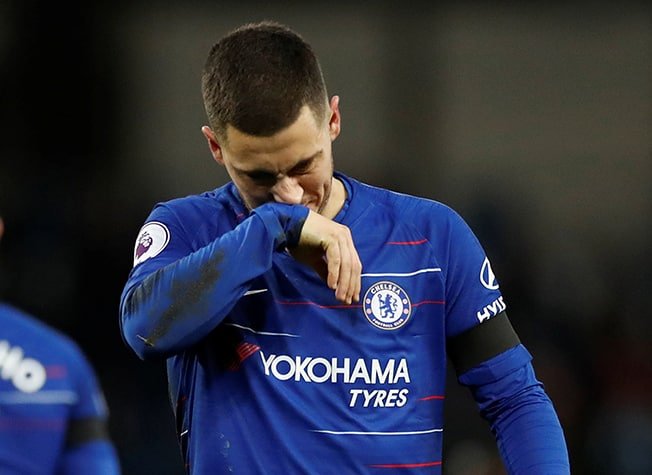 FIFA have banned Chelsea from the next two transfer windows after the Premier League club was found guilty of breaching rules regarding overseas players under the age of 18, soccer’s world governing body said on Friday.

In a statement, FIFA said Chelsea had also been fined 600,000 Swiss Francs ($599,460) and had been given 90 days to “regularise the situation”. The club said it would appeal the transfer ban.

After a lengthy investigation into how Chelsea register players at academy level, they were found to have breached article 19 of the regulations in the case of 29 minor players.

FIFA added the London club had also breached article 18bis in connection with agreements it concluded concerning minors and which allowed it to influence other clubs in transfer matters.

The ban does not apply to Chelsea’s women’s team.

England’s Football Association was also fined 510,000 Swiss Francs and given six months to address the situation concerning the international transfer and first registration of minors.

The club added it respects the “important work” undertaken by FIFA in relation to the protection of minors and had fully cooperated with FIFA throughout its investigation.

Chelsea had initially been charged with breaches of article 19 in respect of 92 players but FIFA found no wrongdoing in the case of 63 of those.

“The club is extremely disappointed that FIFA has not accepted the club’s submissions in relation to the remaining 29 players,” a statement said.

The news of a ban is a serious blow to Chelsea who have slipped to sixth in the Premier League having lost five of their last 10 games in all competitions.

Manager Maurizio Sarri, who took over in July, is already under pressure and whether he survives or not Chelsea would need squad-strengthening in the close season.

The FA said in a statement it intended to appeal against the decision and was working with FIFA and Chelsea in a constructive manner to “address the issues” raised by the case.

By contesting the ban Chelsea could delay the sanction and be free to operate in the close season transfer window while the appeal is heard by FIFA’s Appeal Committee.

There is also the possibility of the matter ending up in the Court of Arbitration for Sport (CAS).

In November, Chelsea said they were cooperating with a FIFA investigation into the transfer of minors after being identified by French investigative website Mediapart, one of several outlets publishing documents obtained by Football Leaks.

FIFA operate strict rules over the transfer of under 18s, designed to safeguard against exploitation and trafficking.

Players aged 18 or under can only be transferred abroad if one of three criteria are met: if their parents emigrated for non-footballing reasons, both clubs are in the EU or European Economic Area and the player is aged between 16 and 18 or the player lives within 100km of the new club.

They are not the first big club to fall foul of FIFA’s rules on under 18s.

Barcelona were hit with a transfer ban of two windows in 2014 but delayed it by six months by lodging an appeal, which although eventually dismissed, allowed them to sign Luis Suarez from Liverpool and Ivan Rakitic from Sevilla.

Both moves were key to Barca winning a treble of the Champions League, La Liga and Copa del Rey the following season.

Real Madrid successfully appealed to CAS after being hit with a one-year ban in 2016 which was reduced to six months, meaning they only missed the January 2017 window.

Atletico Madrid, also banned for a year in 2016, saw their appeal fail, however, and were unable to add players in January or the close season of 2017.