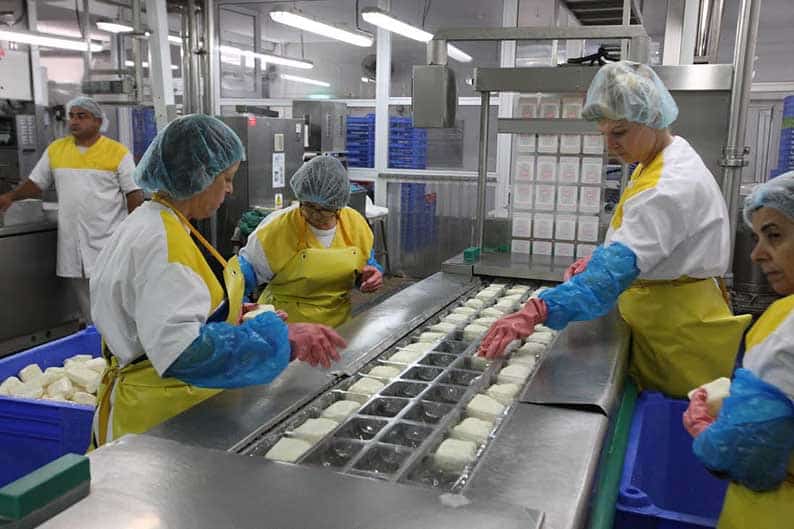 The delay in the registration of halloumi as a PDO product is due to disagreements between the government and the European Commission with the latter flirting with the idea of direct trade of the product for Turkish Cypriots, reports said on Friday.

According to Phileleftheros, Brussels is unhappy with four conditions put forward by Nicosia following the temporary July 2015 agreement between the two leaders and European Commission Jean-Claude Juncker pending the reunification of the island.

Nicosia raised objections to details concerning the agreement that were made known to the government at a later stage, which it deemed downgrading the sovereign rights of the Republic of Cyprus, Phileleftheros said citing sources.

One of the amendments Nicosia has requested to the 2015 agreement is for the Commission, in tandem with the approval of halloulmi / hellim as a PDO, to amend the Green Line Regulation so that the halloumi produced by the TC community is exported from legal ports and airports of the Republic of Cyprus. Otherwise, hellim can be exported directly from the occupied areas, through the ‘direct trade’ the Commission desires, thus giving the breakaway regime a ‘Taiwan-like’ status, the daily said.

Nicosia also wants reassurances that the current procedure followed by the Commission on the halloumi PDO will not repeated for other PDO applications of Cyprus. Something like that would mean binding Nicosia into a bi-communal decision-making framework, the daily said.

Another objection of Nicosia is that the Commission’s halloumi proposal gives Brussels an executive role in the implementation of the acquis.

The government also feels that the bi-annual reports the Commission has requested to be sent to it directly by international certification body Bureau Veritas, which would be tasked with inspecting halloumi/hellim production throughout the island, is another encroachment of Nicosia by Brussels. Nicosia feels that it should be the recipient of the reports, not Brussels.

The daily also said that it saw a letter President Nicos Anastasiades sent to Juncker last month urging him to speed up procedures since all requirements have been met.

In his letter, Anastasiades said that even though the PDO registration procedure for cheeses usually takes between four to 10 months, in the case of Cyprus it has exceeded 3.5 years.

Further delays and inaction cause legal uncertainty about the rights and obligations deriving from the use of the name halloumi, the letter reportedly said.

“The delay encourages new applications and puts serious obstacles to the effective protection of the product within the EU today and in relation with issues pertaining to the PDO issue in the future,” it said.

Despite that regulations don’t provide for timeframes, it said, the principles of good administration, legal assurance and sincere cooperation guiding EU actions dictate a final decision directly on the part of the Commission is given promptly on this application.

Anastasiades reportedly told Juncker that the delay encourages third parties – at a national, European and international level – to attempt to register as a PDO product under halloumi/hellim or similar names. There are ongoing procedures with regard to these applications before the EU Intellectual Property Office and European courts, but, due to the delay in the Commission decision, the means at the disposal of Cypriot authorities to deal with these applications and other actions are inadequate, the letter said.

On Tuesday, Agriculture Minister Costas Kadis blamed the lack of progress on political reasons, adding that the application had been linked with the Green Line Regulation and the Cyprus problem.

A Commission spokesman said Wednesday the case was at the stage of examining objections but he could not say whether procedures would be expedited.

The island’s bid received a boost in 2015 following a visit by Juncker to Cyprus during which the two communities came to an understanding over the issue. Until that time, Turkish Cypriot producers were concerned about inspections falling under the sole responsibility of the Republic of Cyprus, leading to months of negotiations.

As part of the agreement, it was announced that the Green Line regulation would be amended to allow Turkish Cypriot producers to trade hellim through Cyprus’ legal ports.