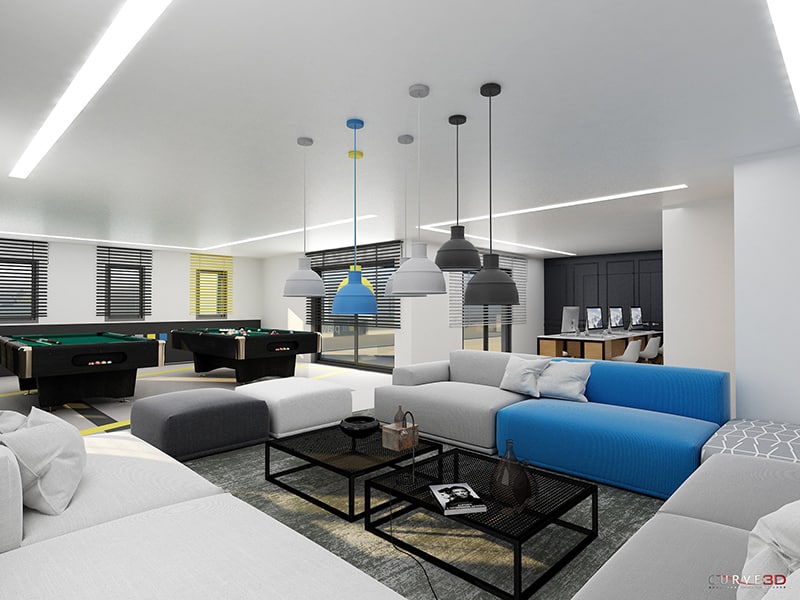 Three schools on the island currently have boarding facilities but it is an area one businessman says has the capacity to massively grow. Annette Chrysostomou finds out why

In many cultures private schools and boarders go hand in hand. But not in Cyprus, although a new company aims to change this.

Co-founder of the company, only established on January 22, Soli Ammar had the idea to attract pupils from other countries as boarders when he was on a trip to Russia. On his visit, by chance he met a Russian woman who specialises in British education, and they started talking.

He soon found out that they had a love of British education and London in common. However, the subject of how expensive London is quickly came up – and the fact few people are aware that many private schools in Cyprus have an English-based educational system.

“In the UK you pay GBP 30,000 to 40,000 just for school fees in high school, in Cyprus you pay about 20 per cent of that,” Ammar said. “Of course it is not exactly like sending your children to the UK, but you get 80 to 85 per cent of the value, and the price is so much more attractive. Then there are things that are actually better in Cyprus, like it is safer and the weather is better.”

“It is a matter of practicalities,” he said on why people would come to Cyprus. “There is still the mentality that a UK-based education is superior, and you also enter a special network of people. For some people it is important that their children speak ‘British English’. Cyprus cannot provide this but it can come close, especially considering the price.”

The company plans to bring boarders mainly from Russia but also from the Middle East and North Africa and is already establishing contacts with people in these countries to make this a reality.

Russia is an especially attractive market, as the Russians have a mentality which favours boarding schools – and the money to pay for them.

“I was in this place, a small town 800 kilometres from Moscow, and there were big cars everywhere, and I heard that they send their kids to boarding school in the UK, even from the age of primary school,” Ammar explained.

He believes that because there are many such families, and though they already look at other markets, such as Canada, there is not room to accommodate all of them. As well, there may be demand from Chinese families, a vast market.

Another plus for Cyprus is that it has established a number of English-speaking universities with affiliations to UK and other institutions, where the boarders could continue their education after secondary school. Many of the local tertiary education institutions also have adequate student accommodation.

Why hasn’t it been done before? The businessman thinks it is because only now is Cyprus more regulated, especially when it comes to private schools. Fees are fixed and transparent, and this is controlled by the government. There is another very important reason, Ammar stressed, why Cyprus should invite boarders from abroad to our schools.

“Instead of ripping people off, as is often done with tourists, there is more control in the schools, and they are not just allowed to put their prices up, so this is a setting for encouraging long-term positive memories about Cyprus.”

What do the secondary schools themselves think about the idea? The owner of a private secondary school in Nicosia liked it, but is cautious. He commented that before investing in facilities to accommodate pupils, he needs more proof that the children will really start to come from other countries.

At the moment, only three schools in Cyprus have boarding facilities, in Nicosia, Limassol and Paralimni, with at least two more due to open in time for the new school year.

The Xenion boarding school in Paralimni currently has 12 boarders, from China, Singapore, Russia and Vietnam who are aged between 15 and 18. The school is, however, in the process of building brand new premises which will be able to accommodate up to 35 youngsters.

The new building, next to the school, will have Wi-Fi coverage in all areas and recreational and sports facilities available all year round. These include a large private swimming pool, gym, tennis court and basketball and volleyball courts.

The boarding facility is in Engomi, just 10 minutes from the school campus in Lakatamia, and students travel from one to the other three times a day via a private school shuttle. Pascal is also planning to expand the premises.

“The capacity of the existing boarding facility is 50 but we plan to build a new boarding facility on the school campus in order to increase the capacity to 100 students,” Senior Manager of Pascal Education Gregoris Markides said. “We believe that Cyprus is becoming a popular boarding school destination and we expect the market to increase significantly. In particular, we foresee a lot of interest from the Middle East and China.”

American Academy Limassol offers boarding accommodation within close proximity to the school for 11 to 18-year-olds.

New boarding facilities are set to open at the Russian-English school LITC in Limassol – although no details are yet available – and at the International School of Paphos. The latter’s eco-friendly building will be situated opposite the school campus and will offer single and twin rooms for secondary school students in two separate wings, one for boys and one for girls.