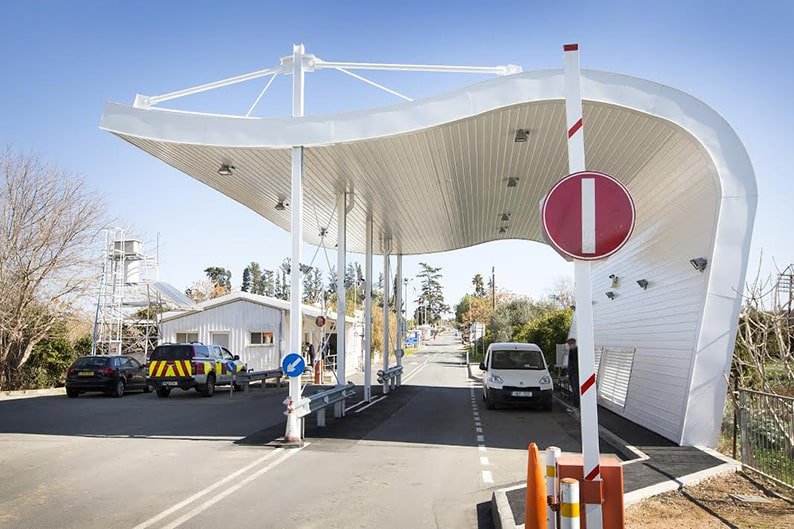 The British High Commission said Friday it has erected a barrier to prevent smuggling in a disputed zone in the Famagusta district, as reports suggested the Turkish military had encroached further in the area neighbouring the boundaries of British military territory (SBA).

In a tweet on Friday afternoon, the BHC said a barrier had been erected as a temporary measure on the SBA side of a boundary stone to “prevent smuggling and the avoidance of customs checks, in line with our duties under the Green Line Regulation.

“We are content Cypriots in the area of Strovilia are able to continue with their lives unhindered, without additional restrictions, including travel through the SBA,” the BHC said.

The village of Strovilia is inside the Dhekelia SBA but the area in question, along with a few homes, sits just outside the boundary between Dhekelia SBA and the breakaway Turkish Cypriot state. It is understood that there never was an official buffer zone in the area.

The Cyprus Mail has learned that the fuss was over a dirt road used by people when they wanted to avoid customs at the checkpoint.

The Turkish side apparently blocked the road, prompting reports of an encroachment. The issue was settled after they moved their barriers slightly back and the British placed their own.

Throughout the past week, Greek Cypriot reports suggested there was tension because Turkish troops had encroached in the area, cutting off three families.

“We are handling the matter in cooperation with the United Nations. As of now, no assessment can be made and thus no further statements can be made at the time,” government spokesman Prodromos Prodromou said on Thursday.

Earlier, Unficyp spokesperson Aleem Siddique said the peacekeeping force was aware of the situation and was liaising with both sides to defuse it.

Daily Phileleftheros had reported that the Turkish military had advanced in the Strovilia area, increasing the extent of the territory under occupation.

They reportedly placed barrels, bars and chains to cut off an area where the three Greek Cypriot families reside in three houses, it said.

Citing sources, the state broadcaster confirmed the report. The incursion of the Turkish military had taken place between February 1 and 11, it said.

CyBC also said the families were told by the Turkish military they now lived in the ‘Turkish Republic of Northern Cyprus’ and that they would therefore need travel documents issued by the breakaway north if they wish to visit the nearby British base.

In 2000 the Turkish military moved its position forward in the area, violating the status quo in the village, according to the UN.

Despite repeated calls to withdraw to its original position, the Turkish military has not complied.

In its latest renewal of Unficyp’s mandate last month, the UN Security in its official resolution called on the Turkish Cypriot side and Turkish forces to restore in Strovilia the military status quo which existed there prior to June 30, 2000.

UN Secretary-General Antonio Guterres, in his report prior to the mandate renewal, had said that “military positions established by the opposing forces in violation of the status quo inside the buffer zone and at Strovillia remained in place and are classified as permanent violations”.

“In a concerning development, the reporting period saw renewed restrictions of movement and even threats directed at Unficyp military personnel in Strovillia,” he said.