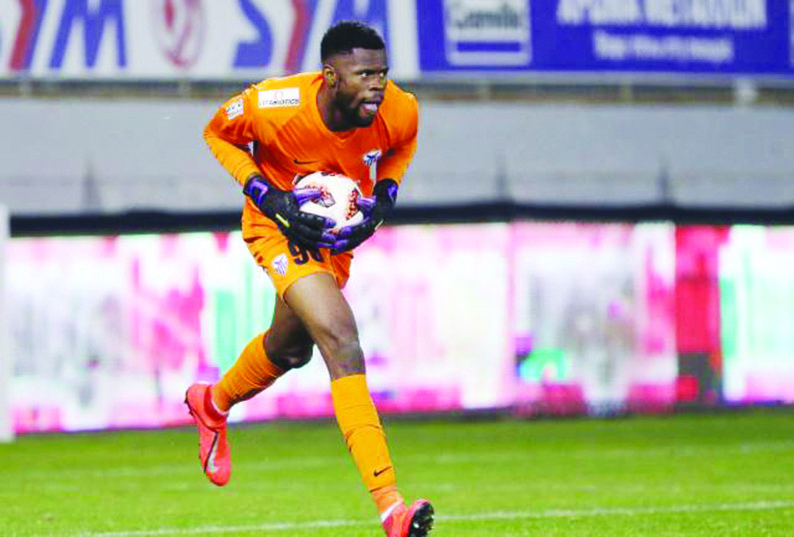 The Cyprus Football Association (CFA) on Saturday rejected the appeal filed by Famagusta club Anorthosis which opposed a decision to dock nine points after the club fielded an ineligible player in a game the team won earlier this month.

After a four-hour session, the CFA decided to uphold the decision made on Monday, when it accepted an appeal filed by Apollonas, which had disputed the eligibility of the Famagusta team’s newly-signed goalkeeper Francis Uzoho in a game between the two sides on February 2.

With the rejection of the Anorthosis appeal on Saturday, the CFA upheld its previous decision which saw six points docked from the club and three points awarded to Apollonas, which were initially awarded to the Famagusta club after it won the disputed game 1-0.

Apollonas therefore remained in first place on the scoreboard with 47 points, and Anorthosis fell to seventh place with 25 points.

Last Monday’s decision also involved the imposition of a one-match suspension penalty on Uzoho, which was on Saturday unanimously revoked on the grounds that the goalkeeper had not been informed that a disciplinary probe was underway against him.

Following the game on February 2, Apollonas disputed his eligibility and even reported possible forgery to the police.

The Limassol side said he had only arrived in Cyprus around 4pm on the afternoon before the game, and questioned how he could have had his health card issued about an hour after sports organisation’s (KOA) offices closed for the day at 2.30pm.

KOA cancelled the medical card on February 9, as reports suggested Uzoho had told police he was on the plane on his way to Cyprus when the card was issued. But KOA had failed to clarify whether the cancellation was retroactive, something it eventually did on Monday.

Police arrested three people in connection with the affair, including Anorthosis’ deputy chairman and doctor Kyriacos Yiangou. The three were later released.

On Tuesday, it was announced Yiangou had resigned his post.

Kane scores on return but Spurs fall at Burnley

Use of toilet paper wiping out habitat, heating planet