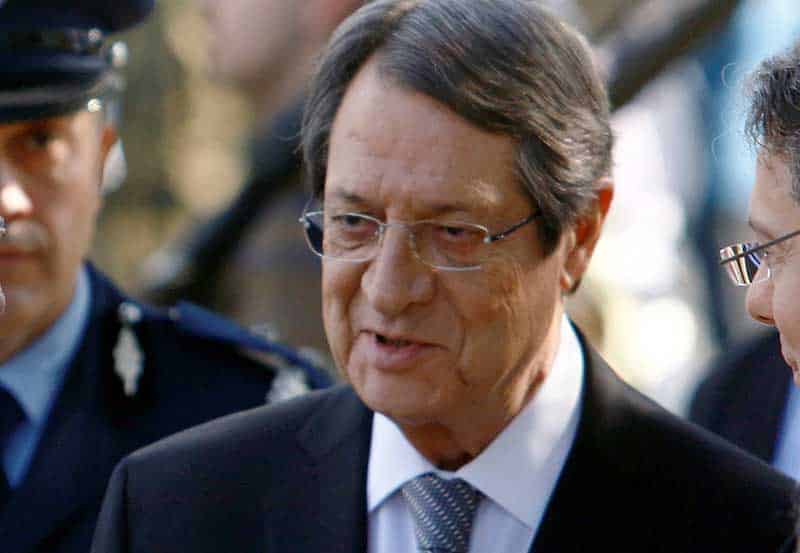 Please follow my reasoning. The argument of the President of the Republic in favour of a ‘decentralised’ federation is straight forward: the more decisions that will need to be taken jointly by the two federated states, the higher the risk of the Turkish Cypriot community misusing its ‘at least one-positive-vote’ prerogative (in respect of all matters that impact vital Turkish Cypriot interests) to intentionally lead the Federal Government into deadlock situations. To ensure that we do not run this risk, we Greek Cypriots have decided to assign as many competences as possible to the federated states so that each state would decide on these issues without the need to liaise with or consult the other side for the purpose of reaching an agreement or a common understanding. According to the President of the Republic, the only exceptions to this general rule should be decisions on matters that impact vital interests of the Turkish Cypriots. These matters will be pre-determined and agreed upon in the course of the “negotiations” that will lead to a settlement.

I am genuinely concerned that the logic of the President’s advisors is faulty for the following very simple reason: Under the previous – substantially agreed – arrangement, the Greek Cypriot side had the power to block any decision or arrangement on any issue (which had not been defined in advance as inconsequential or of secondary importance) by simply not voting for it. In contrast, the other side would merely have had the comfort that the Greek Cypriot side would not misuse its numerical superiority to adopt positions that would unfairly impact matters of vital interest to the Turkish Cypriot side. This defensive right would emanate from the need to secure at least one (but only one) Turkish Cypriot positive vote in favour of the proposed decision or arrangement. The concept of a ‘decentralised’ federation, floated by the President’s political advisors in the relatively recent past, has effectively resulted (for reasons that are beyond my comprehension) in throwing into the dustbin the very important right of the majority of the people of Cyprus to prevent the adoption (by a segment of the population) of decisions or arrangements that would be harmful to the population of Cyprus as a whole.

Let us take the worst scenario, namely the case that the Turkish Cypriot side stubbornly refuses to consent to the granting of Cyprus citizenship to third-country nationals or to the exploitation of the (hoped for) undersea wealth of Cyprus, because it considers such arrangements to be unfairly harmful to its interests. If these issues end up being classified as among those that require the consent of both sides, then the possibility of disagreement and conflict cannot be ruled out. If these issues end up being classified as among those that are inconsequential or of secondary importance, then each side will be in a position to take its own decisions, without even consulting the other side. In other words, the proposal of the Greek Cypriot side is tantamount to the abandonment of a fundamental right of the majority of the people to – at least – reject decisions or arrangements that are judged as harmful to their vital interests.

Some of you may rush to argue that this possibility will be non-existent, given that the matters that will be ‘assigned’ to the individual states comprising the federation will be totally inconsequential and of secondary importance. My response to such an argument would be that I consider it inconceivable that such trivial matters would lead to a head-on collision between the two communities. It follows that the whole concept of a ‘decentralised’ federation, as understood by its proponents, is meaningless and useless. The example given by the Greek Cypriot side as to the matters that could be delegated to the constituent states is that of regulating the working hours of barbers and hair salons. Despite the significant pressure that has been exercised in the direction of providing further examples, this has not happened, save the case of the example of the hydrocarbons (on the basis that it does not impact the vital interests of the Turkish Cypriots). Understandably, this unfortunate example has been used by the Turkish Cypriot side as evidence proving the bad faith of the Greek Cypriot leadership and has inevitably undermined our credibility.

Indeed, to secure the proper and efficient functioning of the Government, its operations must be regulated and coordinated at the federal level, as is the case in practice in all federated arrangements around the world. The essential ingredient of regulation, coordination and control at the federal level does not preclude the delegation of authority to the constituent states as long as such delegation does not compromise the ability of the Federal Government to protect the vital interests of all the citizens of the country.

I suspect that on the issue of the ‘decentralised’ federation the President of the Republic has been misguided by consultants, who have hastily formulated their ideas and have probably failed to fully evaluate the consequences of their advice prior to making their views public. This tentative conclusion is confirmed by the total failure of the Greek Cypriot side to set out practical examples of ‘decentralised’ competences, where the failure to ‘decentralise’ would lead to conflict between the two communities. I believe that the concept of a ‘decentralised’ federation, as formulated by its proponents, is silly and the time has come to abandon the concept, which is yet another political mistake amongst the many that have led to the de facto partition of Cyprus while the de jure partition of the island is already in sight.

At home and abroad, Netanyahu faces backlash for far-right alliance