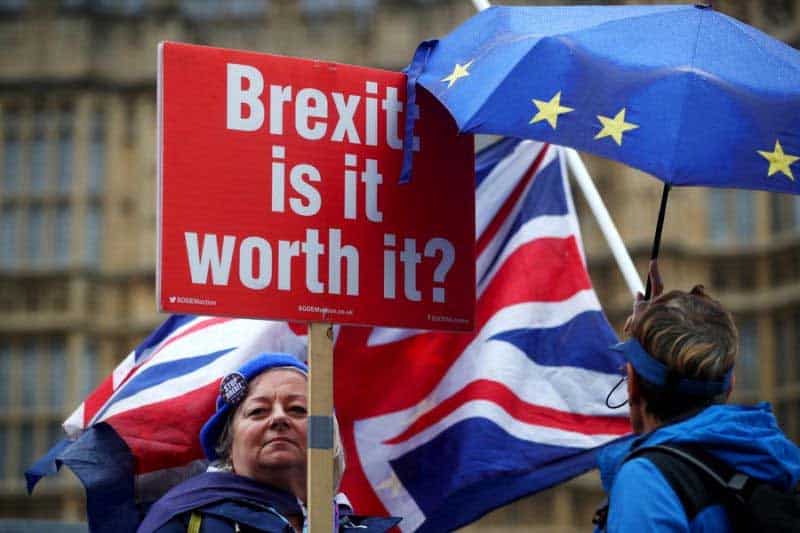 Calls are now being made for a second Brexit referendum

Many of those who voted for Brexit did not imagine that the form of divorce from the EU would be the damaging, hard Brexit that is on the cards today. Most people who voted to leave the EU were convinced the UK would have secured a mild Brexit with the country maintaining most of the advantages enjoyed by EU member-states while at the same time getting rid of what it did not like. The wishes of Britons were not what the EU had in mind. The President of the European Council Donald Tusk recently warned that it was futile to engage in speculation about a mild Brexit.

Inevitably, opinion polls show that if there was a referendum today the majority would vote for the UK to stay in the EU. Britons seem to now realise (at least a majority) that the holding of a referendum was big gaffe. The German paper Die Welt saw the broader picture in a comment it published two weeks ago. “Here there is something much more serious from an ordinary conflict about the negotiating line with Brussels. It is about the existential dilemma of the UK, which, with the referendum of June 2016 was led to an impasse in its history.”

Interestingly, one aspect of the Macedonia dispute, which was recently settled by the governments of Athens and Skopje through the Prespes agreement, was whether there should have been a referendum to ratify this agreement. We should look at the matter in a detached way. The change of name based on a geographic definition was what all Greek politicians had been demanding all these years. For Greece, the Prespes Agreement is a big success because it would stabilise a weak state of two million people so it could become a security buffer on its northern borders and prevent its dissolution that could have sparked the expansionist designs of countries of the region including Turkey.

The slogan ‘Macedonia is Greek’ may enthuse nationalists and the naïve but in politics it sounds nonsensical. What does this slogan want to convey? That Bulgaria and the southern former Yugoslavia are Greek? If the answer is positive should we not, by the same reasoning, say that Sicily is Greek and that also Turkey is Greek? And why should Afghanistan not also be considered Greek territory as Alexander the Great conquered it in 330BC and set up several Afghan towns?

In any case, those opposed to the agreement argue that if there was a referendum the Greek people would have rejected it and they cite the variety of opinion polls carried out before Greece’s parliament ratified the agreement. If the question was “Do you approve of the Prespes Agreement?” the answer, according to the polls would have been ‘no’. But this question, like the one posed in the British referendum of 2016, is deficient. It makes no reference to the consequences of a no-vote. If the question included the clarification that “a no-vote would have as a consequence the rest of the world referring to Skopje as Macedonia” then people may have thought twice and in such a case the yes-vote might have won.

The conclusion is that the result of a referendum could create instead of solve problems because national issues could be made more complicated with a ‘yes’ or a ‘no’; they could also become the cause of a national tragedy. In the 1920 referendum in Greece, 95 per cent of the voters approved the return of the pro-German King Constantine, incurring the wrath of the country’s allies who withdrew their support for Greece, something that led to the Asia Minor disaster of 1922. As for the Church-organised referendum in 1950 on enosis, which was an unattainable objective, did it not lead through a chain of events to the national tragedy of 1974? If after World War II, together with the Turkish Cypriots we set as our objective real independence (rather than self-determination that would lead to enosis) we would have achieved it just like 72 other countries that were British colonies. Do we need to have Greek passports to feel Greek?

Isn’t the cause of the stagnation in the Cyprus problem the no-vote of the 2004 referendum? If we had voted ‘yes’, 82 villages, Famagusta and Morphou would have been returned while the Karpas would have enjoyed a broad self-rule and today there would be only 950 Greek and 650 Turkish soldiers, whose number would be subject to a review downward every three years – there was a possibility of complete demilitarisation. We would also have had 15 years of peaceful cohabitation and logically, today the Turkish Cypriots would not object to the abolition of the treaty of Guarantee which in any case would be a dead letter. The historian of the future will write that with the ‘no’ of 2004 Cypriot society engaged in self-mutilation, or possibly, wrote its death sentence because without a settlement, Cyprus’ future is very bleak.

The issue in need of exhaustive discussion is whether an agreement on the Cyprus problem, which by its nature would be legally complex and difficult to understand, should be ratified by referendums? In fairness, how many people know what, for example, ‘political equality’ or ‘residue of power’ mean? We should take lessons from the referendum in the UK that created huge problems for the country and the avoidance of a referendum in Greece that would have killed the Prespes Agreement. It is no coincidence that most professors of political science view referendums with suspicion.