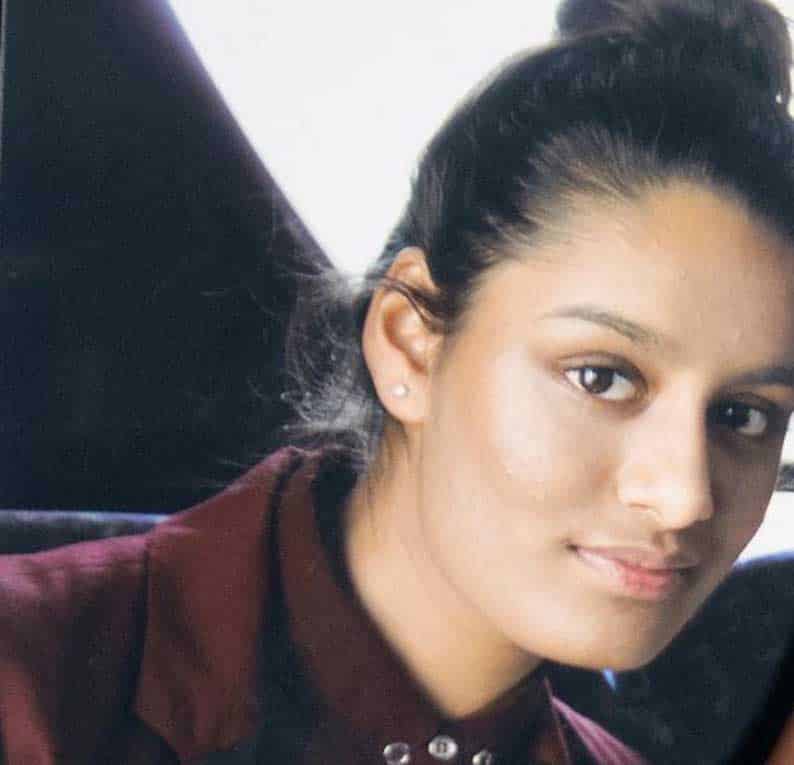 Does Shamima Begum represent a potential threat to national security

IT IS universally accepted that everyone has the right to a nationality; that statelessness should be avoided; and that no one should be deprived of his or her nationality without good reason.

Nationality is the legal and social bond between a person and a state to which an individual belongs that involves reciprocal rights and obligations. However, nationality is not coextensive with a person’s ethnicity or religion, although some states define themselves by their ethnic composition while others identify their state by reference to religion.

Other important rights include the right to protection and security at home and consular and other protection abroad. In the case of nationals of EU member states, the right to EU citizenship that carries with it the right to move freely within the legal space of the Union is regarded as precious.

Nationality is acquired automatically by birth within a territory; by descent from either parent; or by naturalisation, through residence. Recently some member states facing financial difficulties marketed acquisition of their nationality together with EU citizenship through financial investment, but this is frowned upon as it makes a mockery of the bond between the individual and the state.

The current controversy surrounding the case of Shamima Begum and other cases in Europe and America is whether young Muslims who joined Isis – an extremist terrorist group in Iraq and Syria – should be deprived of their nationality for their disloyalty and the distrust it has engendered.

International law permits deprivation of citizenship if, in breach of his or her duty of loyalty, a person provides services to another state having been told not to so; behaves in a manner seriously prejudicial to the vital interests of the state; has taken a formal oath of allegiance to another state; or there is evidence of a determination to repudiate allegiance to the state.

Shamima Begum ran away from her family and friends, her school and her country. She did this to join Isis in Syria in order to become part of a new Caliphate in which she could live an Islamic way of life. She acknowledged this was a mistake but that’s as far as she was prepared to go, and judging by some of the other things she said she sounded in grave need of de-radicalisation. On the other hand, she was talking from a refugee camp in Syria and may have been feeling protective of herself and her new-born baby.

She certainly has a number of questions to answer: what was her real motivation in remaining with Isis after she turned 18? Did she conduct herself in a manner prejudicial to vital interests of Britain? Does she represent a potential threat to national security? Did she take an oath of allegiance to Isis after she turned 18 or evince a determination to repudiate allegiance to UK?

On the other side she was only 15 when she embarked on a teenage escapade that reminded me of the tragic case of Joyce Emily in the film the Prime of Miss Jean Brodie starring Maggie Smith. Joyce Emily is Miss Brodie’s pupil at a posh girls school in Scotland. She has a teenage crush on the charismatic Miss Brodie, who has a passion for fascism and Benito Mussolini in Italy and Francisco Franco in Spain that enthuses Joyce Emily so much she leaves hearth and home to fight for the fascist cause in the Spanish Civil War and gets herself killed.

Is Shamima Begum’s disloyalty to Queen and country different? What about IRA terrorists with dual British-Irish citizenship? Have they been allowed to retain British citizenship?

One of Shamima Begum’s parents was born in Bangladesh but she does not have that country’s passport and has not ever lived there. The Home Secretary cannot have reason to believe that Bangladesh would accept her as one of its nationals, not least because it was not consulted by the British authorities.

She is a first-generation British citizen born to parents lawfully settled in UK. My old colleague Ian Macdonald QC who is the UK’s foremost authority in Immigration and Nationality law told the BBC that she could still move anywhere within the EU as the primary carer of her little baby boy who is an EU citizen, though she would still need an identity document to travel.

The Home Secretary himself is a first-generation immigrant born to Muslim Pakistani parents. In my experience the children of immigrants of his generation are less constrained by political correctness than their English counterparts. Nevertheless, he is on a tightrope because as an ambitious politician he may be tempted to be more Catholic than the Pope in his anxiety to prove he can be tough on Muslim extremism but has to tread with caution.

How he handles the case of Shamima Begum, now that it has become a cause celebre, will shape his political career. If it runs its course it will probably end up in the Supreme Court and the the European Court of Human Rights and even the International Court of Justice – possibly at the request of Bangladesh under the 1961 Convention on Statelessness.

For the time being, however, the law in the UK is clear. A British citizen can be deprived of citizenship if three conditions are satisfied: it is conducive to the public good for her to lose her citizenship; she has conducted herself in a manner prejudicial to the vital interests of the UK; and there is reason to believe she will be able to become a citizen under the law of another country.

Significantly, the Home Secretary invoked national security, which enabled him to make an immediate order of deprivation rather than the normal course of a decision to deprive with a right of appeal prior to deprivation. This has left her without citizenship and a UK passport, which was probably the object of the exercise.

The decision to invoke national security means her right to challenge the Home Secretary’s order is to the Special Immigration Appeals Commission rather than to the Appeal Tribunal and the evidence of any security threat she poses will be presented in closed material that will not be shown to her – though it will be shown to a special advocate appointed to look after her interests. This procedure is not as unfair as it sounds – indeed the special advocates I know are not in the least beholden to the government even if they’ve taken the Queen’s shilling.

The role of the Home Secretary as custodian of the public good is a special role that requires an appreciation of the values of British society as well as the feelings of the majority of ordinary people – the English street if you like – and how they would react if British citizens were allowed to get away with crass disloyalty.

My take is the street is more prepared to let IRA terrorists get away with murder than a Muslim teenager get away with disloyalty; and the Home Secretary cannot ignore the English street in its present mood.

Brexit would not be first referendum to cause a national tragedy

Coffeeshop: The politics of halloumification