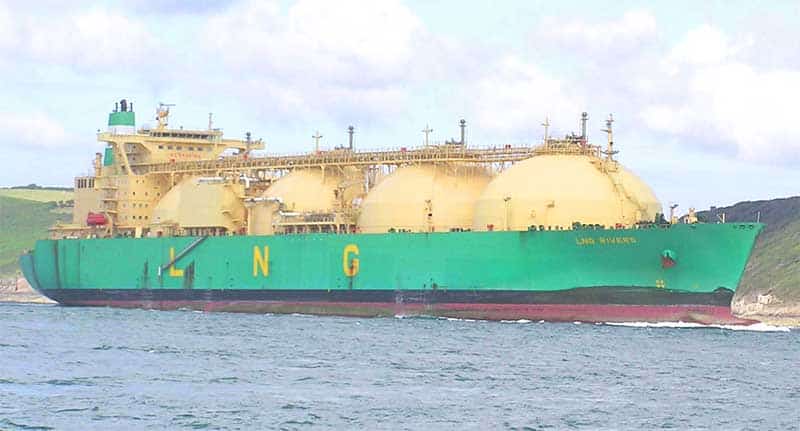 The biggest and most important hydrocarbons conference and exhibition in Egypt and the East Med region, EGYPS 2019, took place in Cairo earlier this month, and Cyprus took part with a country pavilion showing the Cyprus Hydrocarbons Company (CHC) and natural gas public company (DEFA) among others.

In a wide-ranging interview about the conference, Egypt’s Petroleum Minister Tarek El Molla spoke about the country’s oil and gas achievements in 2018 and plans for 2019. The great success of 2018 was accelerating natural gas production, with Zohr at the forefront, as a result of which, by the end of the year, domestic gas consumption was exceeded for the first time since 2014. This helped Egypt become self-sufficient, stop LNG imports in October and re-start exports. By January Shell’s Idku LNG plant was exporting 0.52 billion cubic feet per day (bcf/d).

The development of Zohr is reaching its final stage, and is expected to achieve 3.2 bcf/d plateau production by the end of 2019. This will allow the Damietta LNG plant to restart exports later in the year, once outstanding arbitration issues are resolved.

In support of the plan to turn Egypt into the East Med’s regional energy hub, the country has been promoting cross-border pipelines and gas projects with Cyprus and Israel. Negotiations with the former are now at an advanced stage.

El Molla said that the inter-governmental agreement signed last year between Egypt and Cyprus, and the approval of a gas pipeline to connect Cyprus’ Aphrodite gas field with Idku, and possibly Damietta, is opening the way for up to 0.7 bcf/d gas exports from Cyprus to the two LNG plants, probably by 2022-2023. A commercial agreement appears to be imminent.

However, some caution is needed here. Development of the Aphrodite gas field will require, at some stage, resolution of the long-outstanding problem of concluding a unitisation agreement with Israel.

The other challenge is the low gas prices prevailing globally and in Europe. In north-western Europe the price is now below $6 per million btu. The conclusion from the European Gas Conference in Vienna at the end of January was that such low gas prices will become a permanent feature in the longer term due to the abundance of energy supplies globally, including shale gas and the relentless increase in renewable energy. These conclusions are also supported by BP’s latest Energy Outlook, released in February.

As a result, we should not expect massive financial benefits from such a sale. Shell is pushing Noble to accept a lower price and Noble is pushing Cyprus to accept an even lower price and a change in profit sharing in favour of Noble. With expected gas prices, this will result in an agreement that leaves marginal net profits for Cyprus.

El Molla also referred to the founding of the East Med Gas Forum at the end of 2018: “We are very satisfied with these partnerships and we look forward to increasing even more Egypt’s role in the international market.”

Total CEO Patrick Pouyanne and BP CEO Bob Dudley were notable participants at the conference. Pouyanne confirmed Total’s interest in the region and its commitment to continue exploration in Cyprus.

In a panel discussion on boosting production and achieving mutual goals senior vice-president offshore Noble Energy Keith Elliott said that a lot has happened during the last year. The prospect of bringing significant gas from the region to Egypt is getting nearer, supporting Egypt’s plan to be come an energy hub.

CEO Energean Mathios Rigas was very upbeat about his company’s progress in achieving FID and bringing its Tanin and Karish project in Israel into the construction phase during the last year. He also said that East Med is deep-water and developments are not cheap. This is what makes the East Med gas pipeline challenging and difficult. LNG from the region will have to compete with other competitively-priced LNG, including US LNG. It is not obvious that the returns will be there in a low price environment globally. He added that confrontational geopolitics have remained a long-term challenge in the East Med, in need for resolution.

El Molla was also negative about the prospects the East Med gas pipeline becoming reality: “I would say there are many options for the Eastern Mediterranean. However, we believe that Egypt is the best choice both economically and politically.”

Saipem CEO Stefano Cao and Chairman and CEO of Baker Hughes Lorenzo Simonelli spoke about global oil and gas but also about Egypt at the centre of Mediterranean gas and LNG exports. They confirmed their interest in the region, including Cyprus.

Chairman and vice-president of Egypt Shell Gasser Hanter said that Egypt’s well developed infrastructure, including its LNG plants, strategic location and skilled expertise position it well to become the regional energy hub. He added that Shell plans to increase LNG exports from Idku this year as it ramps up production from the West Delta 9B gas-field. He also confirmed that a provisional deal has been reached with Cyprus to pipe gas from the Aphrodite gas field to Egypt.

Good news, announced during the conference, included that ExxonMobil was successful in winning Egypt’s block 3 during the latest licensing rounds. Combined with the expected positive news to be announced soon regarding a commercial gas discovery at Glafkos in block 10, this assures ExxonMobil’s longer-term presence in the region.

Asked at the closing stages of the conference what he is looking forward to in 2020, El Molla said his main ambition is to grow natural gas production further. He wants more discoveries so that Egypt can realise its full natural gas resource potential.

On the back of these developments he is also keen to maximise exports and see Egypt’s LNG plants being fully utilised, fulfilling existing contractual obligations for LNG exports.

BP’s Energy Outlook 2019 was positive about the future of natural gas. But the abundance of gas supplies and competition with increasingly cheaper renewables and coal mean that price matters. Lower prices will support future increase in demand and conversely high prices could limit future demand growth. It is a message that East Med countries need to be aware of as they consider natural gas exports from the region to global markets.

The message for BoC’s ‘Helixed’ customers