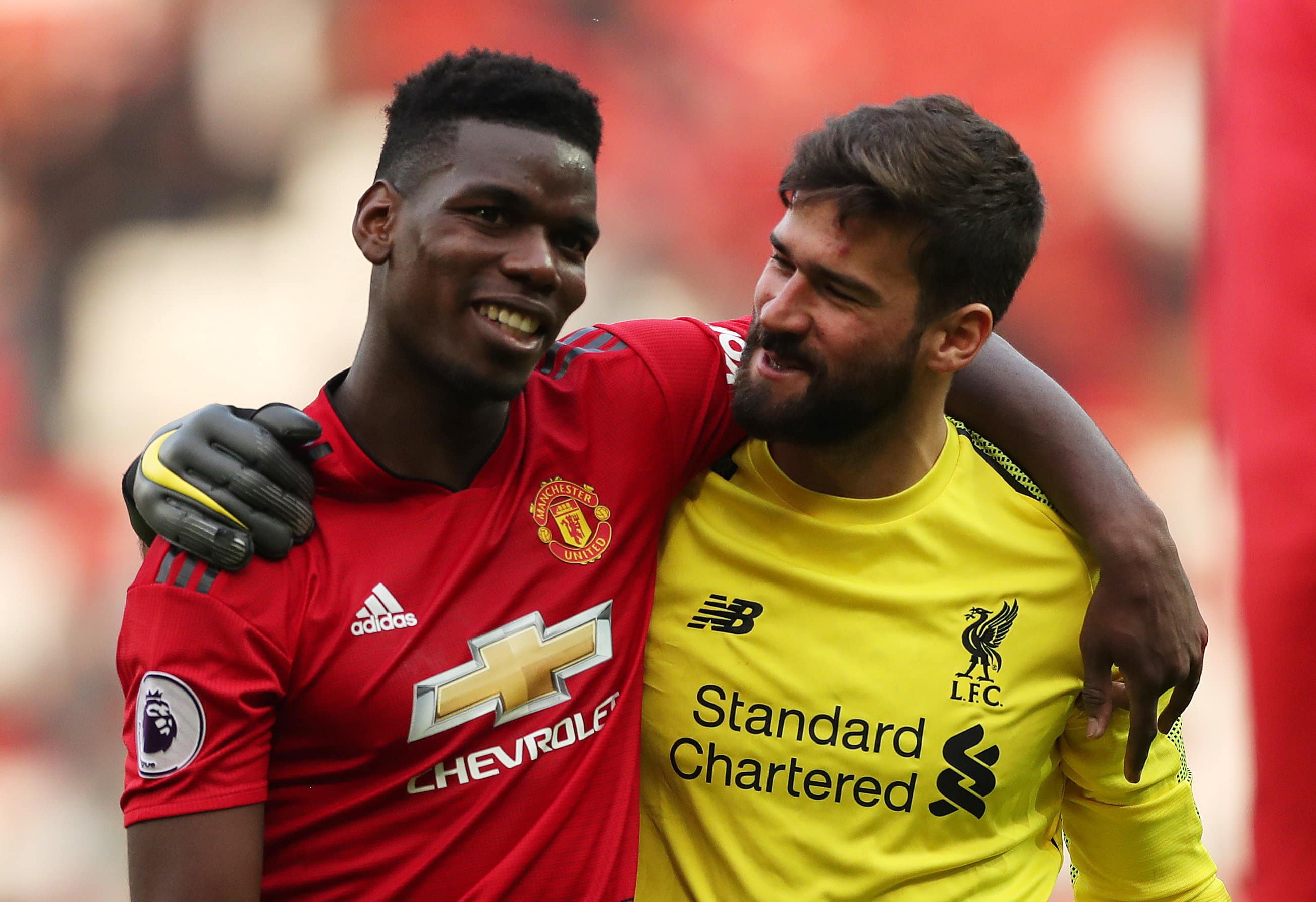 Liverpool took over at the top of the Premier League table despite being held to a 0-0 draw against Manchester United in a scrappy match on Sunday.

Juergen Klopp’s side have now drawn three of their last four Premier League games and have 66 points from 27 games while second placed Manchester City, who play Chelsea in the League Cup final later on Sunday, have 65 points from the same number of games.

Klopp looked frustrated and irritated throughout the game as his team struggled to find the attacking verve, which has been the basis of their success this season, against a United side that was forced to make all three changes in the first-half.

The Liverpool manager suggested his team had been affected by the stop-start nature of the first half.

“We didn’t do well to be honest. We take that. It is a point gained because we have one more than before but it doesn’t feel like that,” he said.

“These games are always opened up by one situation. The boys didn’t feel okay. I could see it in their faces. It was strange. I was thinking ‘what is gong on here today’. They lost momentum and rhythm and couldn’t really get it back.”

Liverpool’s supporters struck a different tone, however, as they left the home of their old rivals chanting a reminder of their league position as they focus on the chance to win their first top flight title since 1990.

The point means that Liverpool, who have 11 games remaining, will be disappointed not to have taken advantage of an injury-ravaged United, who slip to fifth after Arsenal’s win over Southampton.

Having lost holding midfielder Nemanja Matic to injury before the game, Spanish midfielder Ander Herrera went off in the 20th minute and a limping Juan Mata was replaced by Jesse Lingard five minutes later.

But Lingard did not even last until the break as he suffered what appeared to be a recurrence of his hamstring strain and limped off to be replaced by Alexis Sanchez.

Lingard had the best chance of the half when he was found in the box by Romelu Lukaku with a perfectly threaded pass but Liverpool keeper Alisson Becker was quickly out to foil the England attacker’s attempt to round him.

“Everything that could have gone wrong in the first half went wrong. We had four injuries – we had to keep Marcus Rashford on – it seemed like it was going to be a tough afternoon,” said United caretaker manager Ole Gunnar Solskjaer.

Amid those three United injuries, Liverpool also lost their Brazilian forward Roberto Firmino to an ankle injury with Daniel Sturridge pressed into action.

After such a messy first half, neither side were able to truly get into their stride in a disappointing game.

Liverpool defender Joel Matip turned the ball into his own net but the assistant referee had already signalled that Chris Smalling was off-side before his low cross fell into Matip’s path.

Without Firmino and with Mohamed Salah having a quiet game, Liverpool’s only real opportunity came from a corner but Georginio Wijnaldum headed wide.

“A clean sheet is pleasing because it’s not an easy place to come,” said Liverpool’s James Milner.

“We didn’t get many chances as we would have liked and we’re disappointed not to win the game.

“Hopefully it’s a good point come the end of the season. I just don’t think we were good enough with our movements or final ball,” he said.

LONDON, Feb 24 (Reuters) – Arsenal cruised to victory over a disjointed Southampton thanks to two first-half goals from Alexandre Lacazette and Henrikh Mkhitaryan at the Emirates on Sunday, taking them back into the top four in the Premier League.

Arsenal took the lead in the sixth minute in bizarre circumstances, Lacazette neatly back-heeling in a pass from Mkhitaryan while the rest of the team were still appealing for a penalty after Lucas Torreira took a tumble in the box.

The home side doubled their advantage minutes later when Southampton keeper Angus Gunn, making only his second Premier League appearance, cleared the ball straight into the path of Arsenal’s Alex Iwobi.

The Nigerian midfielder bolted forward and passed across the goal to the unmarked Mkhitaryan, who thumped his shot low into the corner.

Lacazette should arguably have had a hat-trick within the first half, but he was unable to take advantage of any of the numerous opportunities that came his way.

Southampton, by contrast, looked a shadow of the team that won the reverse fixture at St Mary’s in December, registering only three shots in the half to the Gunners’ 11.

They brought on Charlie Austin in the second half to see if he could maintain his record of scoring against Arsenal every time he has met them in the league, but the Saints were unable to break back into the game.