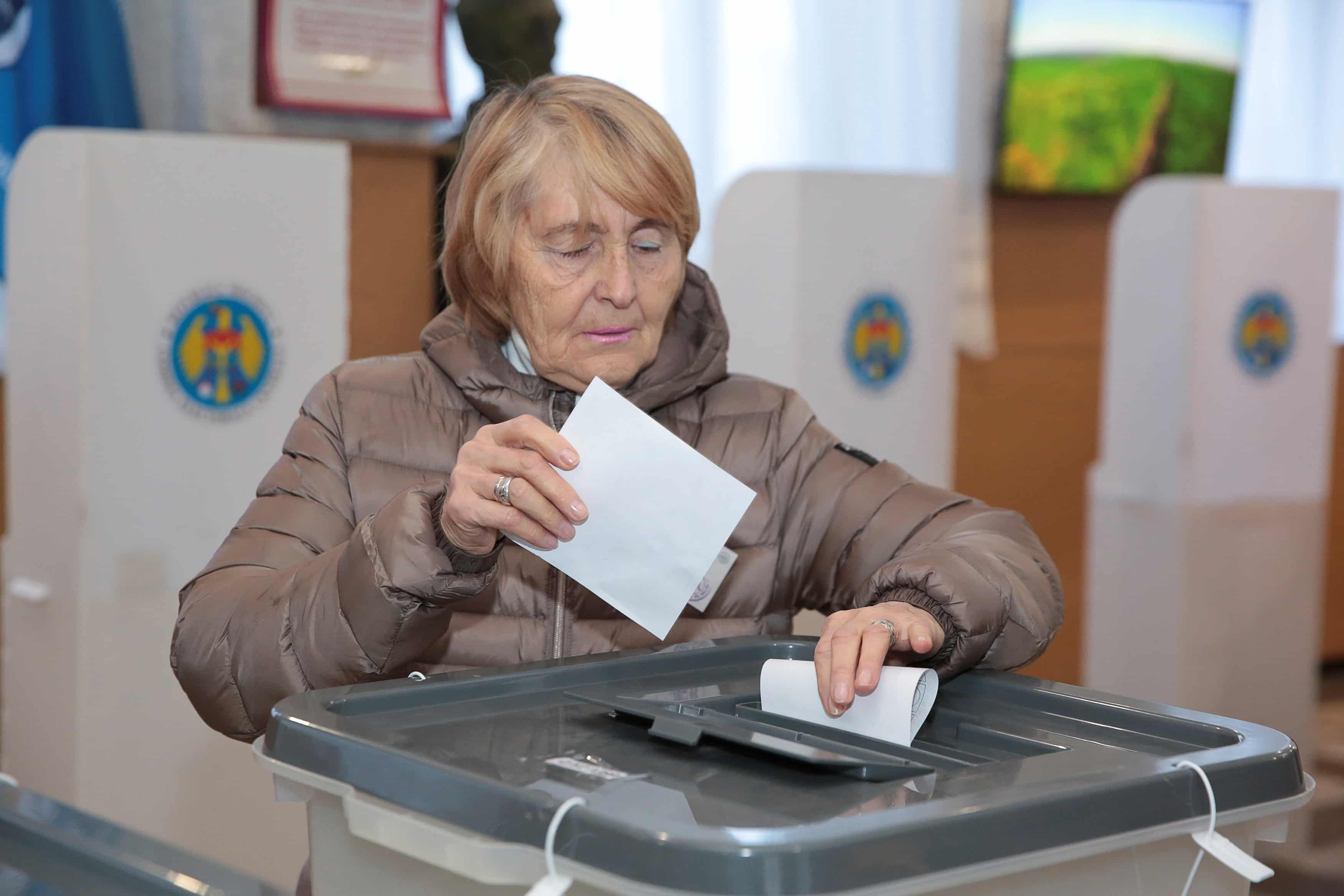 A woman casts her ballot at a polling station during a parliamentary election in Chisinau, Moldova February 24, 2019. REUTERS/Vladislav Culiomza

Moldovans voted in an election on Sunday that is likely to produce a hung parliament, splitting the eastern European country between pro-Western and pro-Russian forces at a time when its relations with the European Union have soured.

The current government wants closer EU integration and warns of catastrophe if the country falls back into Russia’s sphere of influence.

But corruption scandals and worries over the health of its democracy have tarnished the country’s image and weakened the appeal of the pro-Western political class.

Opinion polls suggest the opposition Socialist party, which favours closer ties to Moscow, will win most seats but fall short of a majority. The ruling pro-Western Democratic Party trails in second and an opposition bloc called ACUM, campaigning to fight entrenched corruption, is third.

“I voted with little hope that the new parliament will care about the real concerns of the country,” said Elizaveta Vitiuc, a 40-year-old primary school teacher.

“I, like many, want change, so that young people do not leave Moldova, so that they see the future in their own country, and not in a foreign country where more than 700,000 of my fellow citizens are now living.”

The campaign has been dogged by controversy.

In the last few days alone, ACUM’s leaders claimed they were being poisoned on the orders of the authorities, which the Democratic Party swiftly dismissed as a “strange accusation”.

Igor Dodon, the Moldovan president and former Socialist party leader, has told his supporters to be ready for mass protests if the Democratic Party tried to cling on to power.

“Moldova has the potential for development, it’s only necessary that the authorities are not be corrupt, that they should think about the people, and not only about their own pockets,” said Alexandra Ciorescu, a 72-year-old pensioner.

BELIEVING IN THE FUTURE

The EU forged a deal on closer trade and political ties with the ex-Soviet republic in 2014 but it has become increasingly critical of Chisinau’s track record on reforms.

One of Europe’s poorest countries, which is squeezed between Ukraine and EU member state Romania, Moldova plunged into crisis in 2014-2015 after $1 billion was pilfered from three banks.

The EU froze aid after a court struck down the victory in the Chisinau mayoral race of one of ACUM’s leaders, Andrei Nastase, on a technicality last year. The European Parliament declared it “a state captured by oligarchic interests”.

On the other hand, Plahotniuc’s party has trumpeted the achievements of its government under Prime Minister Pavel Filip. The economy is growing, the banking system has stabilised and cooperation with the International Monetary Fund has resumed.

“I believe in the future of Moldova,” said Filip after casting his vote. “We are ready to continue reforms and all social programs, the implementation of which will change the lives of Moldovan citizens for the better.”

“I also understand that Moldova’s image has lost quite a lot over the past few years,” Dodon said. “Any political crisis will once again damage the image of the Republic of Moldova.”

Music from the Russian titans