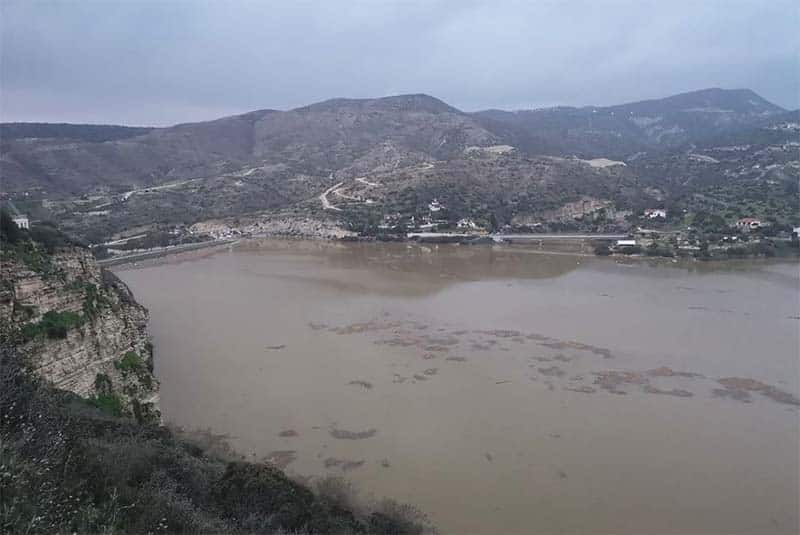 The rainy season 2018-2019 is the fourth heaviest since 1901, with reservoirs expected to continue to fill until the end of April even without additional rainfall.

This figure greatly surpasses the rainfall levels recorded in 2017-18, which saw a total of 275.1mm of rain.

By Monday, a total of 111.3mm of rainfall was recorded in the month of February, raising total rainfall since October 1 to 592.8mm, suggesting that this rainy season could rise to the second heaviest since 1901.

The heaviest rainfall since the beginning of February was recorded in Xylotymbou, which saw 162.6mm, corresponding to 306 per cent of regular rainfall levels for the area.

The water development department announced that reservoir water inflow levels are steadily rising. By Monday, reservoirs island-wide held a total of over 45.2 million cubic metres, and were at an average capacity of 72.2 per cent.

During the current rainy season, a total of 12 reservoirs overflowed, including the large Yermasoyeia dam which is able to hold 13.4 million cubic metres of water.