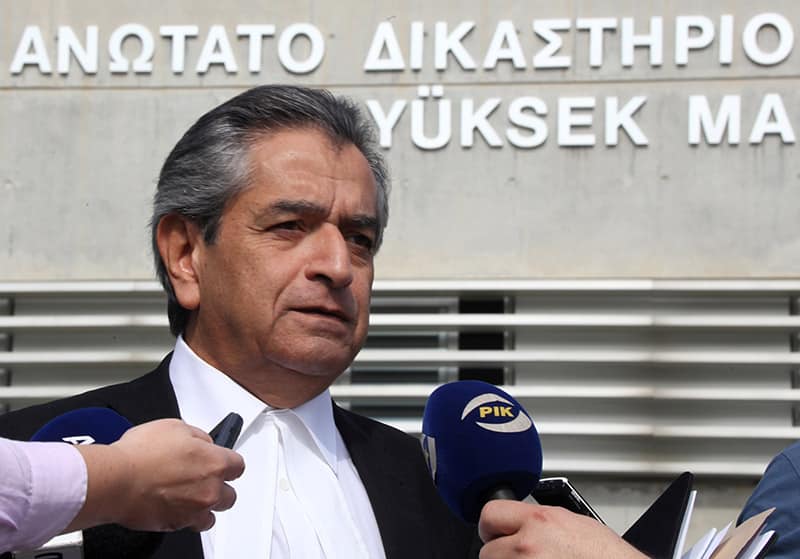 By Evie Andreou and Elias Hazou

The legal service on Monday said that it would study in detail within the coming days the opinion of the International Court of Justice (ICJ) in The Hague, which found that the process of decolonisation of Mauritius was not lawfully completed when that country gained independence.

The United Kingdom is under an obligation to end its administration of the Chagos Archipelago as swiftly as possible, the court said.  The case is seen as a test of the legitimacy of deals struck between great powers and small states at the end of the colonial era, which could also include Cyprus.

The case raises the question whether it is legitimate, under international law, for Britain to use such territories as military bases. One of the 22 countries heard before the court was Cyprus with attorney-general Costas Clerides representing the island.

In his speech, he stressed the right to self-determination of a state, noting that colonialism is a violation of international law. The legal service said Monday that it would study in detail the opinion. In a written statement it also referred to the main points on more general issues raised in the ICJ opinion.

“There is no legal conclusion of an international convention, where one of the contracting parties is under the administration of the other party”, it said, adding that any legal implications of unlawful decolonisation, should be considered on the basis of the law as it is today, not on the day of the declaration of independence.

The assessment of the legal consequences of the continued administration of part of a country’s territory in cases where the decolonisation process has not been completed in accordance with international law should be made in the light of international law as it is today, and not as it did during cessation or the independence of the state concerned, the announcement said.

Another major point, according to the legal service, is that “the continued exercise of ground management by the former colonial power, which has not become part of the decolonisation, is a continuing illegal international act and must end as soon as possible”.

The legal services also noted the point referring to the obligation to recognise the right to self-determination. This, it said, “is an obligation owed to the international community, and consequently all states have to cooperate with the United Nations in this direction”.

Speaking earlier to the Cyprus News Agency, Clerides said the successful outcome of the case would be a serious legal weapon, noting that “the right to self-determination is and will always be respected and inalienable regardless of the circumstances which exist at the time countries gain their independence.”

A Foreign Office spokesperson told UK media: “This is an advisory opinion, not a judgment. Of course, we will look at the detail of it carefully. The defence facilities on the British Indian Ocean Territory help to protect people here in Britain and around the world from terrorist threats, organised crime and piracy.”

The ICJ, the principal judicial organ of the United Nations, said also that is was of the opinion that all member states “are under an obligation to co-operate with the United Nations in order to complete the decolonisation of Mauritius.”

The court effectively backed Mauritius in a colonial-era dispute over the Chagos Islands, saying Britain’s handling of decolonisation and the displacement of islanders from the Indian Ocean archipelago had been unlawful.

After gaining the islands in the early 1970s, Britain evicted almost 2,000 residents to Mauritius and the Seychelles to make way for the US military base on the island of Diego Garcia.

Reading a summary of a the 14-member tribunal’s decision, Presiding Judge Abdulqawi Yusuf said Britain was “under obligation to bring to an end the administration of Chagos Islands as rapidly as possible.”

The UN General Assembly has asked the court in February 2017 to weigh in on whether the process has been concluded lawfully.

During court hearings, Mauritius said it had been forced to relinquish the remote archipelago to gain independence from Britain during the decolonisation process. Britain maintained that Mauritius had given up the islands willingly.

The court found the agreement between Britain and Mauritius at the time had not been “based on the free and genuine expression of the will of the people concerned” and thus did not comply with standards for self-determination.

It noted that “the peoples of non-self-governing territories are entitled to exercise their right to self-determination in relation to their territory as a whole, the integrity of which must be respected by the administering Power. It follows that any detachment by the administering Power of part of a non-self-governing territory, unless based on the freely expressed and genuine will of the people of the territory concerned, is contrary to the right to self-determination.”

Citing the UN body of law as formulated in Security Council resolutions, the ICJ concluded that, as a result of the Chagos Archipelago’s “unlawful detachment and its incorporation into a new colony, known as the BIOT, the process of decolonisation of Mauritius was not lawfully completed when Mauritius acceded to independence in 1968.”