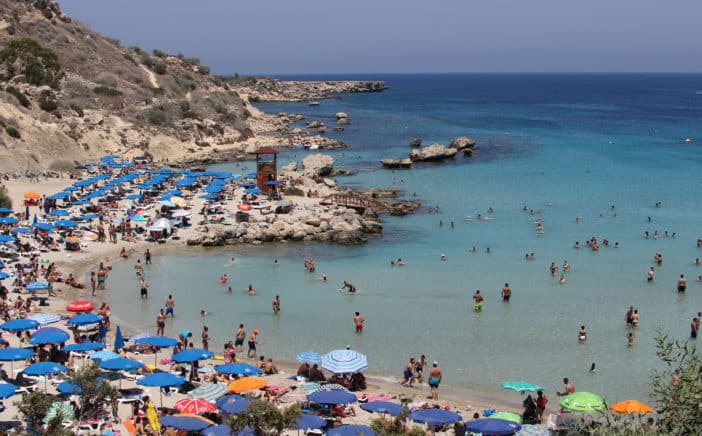 Despite recent record years Cyprus’ tourism continues to face great challenges due to geopolitical developments, recession and competition from neighbouring countries, speakers at the 41st annual conference of the Cyprus Hotel Association (Pasyxe) said on Tuesday.

These challenges need to be met through the continuation of the reform effort of the tourism sector, diversification of the tourism product, upgrading of services, large infrastructure projects and staff training, delegates heard.

In his address, Commerce Minister Giorgos Lakkotrypis said that among the challenges the country’s tourism industry faced were competition, managing the consequences of Brexit and the great reform effort underway to make Cyprus a better tourist destination.

The role of the newly established deputy ministry for tourism, he said, will be very important in the planning and implementation of the country’s tourism policy.

“We are further stepping up the efforts that the government has made in recent years to upgrade the sector, inter alia, by developing our new national tourism strategy for 2020-30,” Lakkotrypis said.

He added that the government’s policies include large infrastructure projects such as marinas, golf courses and the casino resort, while urban planning incentives have led to an increase in hotel bed capacity.

He also referred to long-term agreements with major travel organisers abroad, making procedures for entry visas simpler and the implementation of an open-skies policy.

Last year, when the country saw almost four million tourist arrivals, the country’s tourism industry achieved “a real feat”, he said, “confirming that its growth is a key factor for the Cypriot economy.”
Cooperation between the public and private sectors last year resulted in the best year for tourism since the founding of the Republic of Cyprus, with increased arrivals and revenues, widening the tourist season and limiting as much as possible any problems, he said.

Lakkotrypis said that Pasyxe and its members have contributed most to the joint efforts for tourism and assured that the tourism sector is high on the government’s priorities.

Head of Pasyxe Haris Loizides stressed that the factors that slowed down the upward trend of Cypriot tourism in 2018 may be even more intense this year as uncertainty over Brexit continues while the exchange rate of the rouble against the euro has weakened. Intense efforts by Turkey, Egypt and other destinations in the region to get back on the tourism wagon is another factor, he said.

The target for the tourism industry target for 2019, possibly for 2020, “should be remaining at the satisfactory levels of recent years” and focusing on the overall qualitative upgrading the country’s tourist product. Despite that the increase in arrivals over the last five years, among a very difficult international environment, exceeded 60 per cent, but revenue, although it increased did not follow the same upward trend, he said.

To improve the tourist products of the country, Loizides suggested the adoption of the new institutional classification framework for hotels, the completion of major infrastructure projects, the use of fast-track training programmes focusing on unemployed youth and upgrading services offered by specialised personnel. He also suggested the development of special interest tourism with specialised products and services.

Provident funds look set to be exempted from Gesy payments