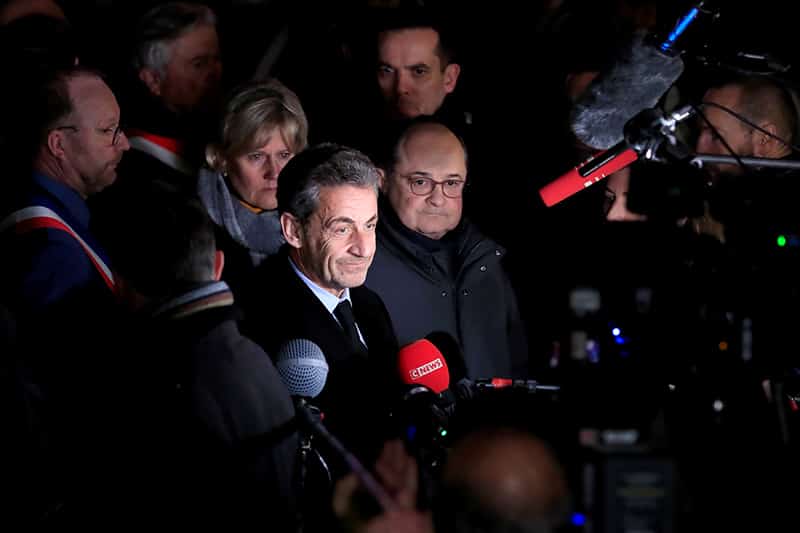 Sarkozy, president from 2007-2012, was questioned and officially placed under investigation last year about allegations relating to Gaddafi

Alexandre Djouhri is wanted by France over a series of allegations including active corruption of a foreign public official, conspiracy to misappropriate public funds and money-laundering.

The charges against Djouhri, who holds joint French and Algerian nationality, are connected to accusations that former President Sarkozy received money from Gaddafi to fund his successful election bid in 2007, allegations he has denied.

“They are alleged to have been committed in circumstances connected with the political campaign of Nicolas Sarkozy,” judge Vanessa Baraitser wrote in her judgment at London’s Westminster Magistrates’ Court on Tuesday.

Lawyers for Djouhri, who was arrested in January 2018 at London’s Heathrow Airport after arriving on a flight from his home in Switzerland, had fought extradition, saying the case was politically motivated.

“I am satisfied that there is no or insufficient evidence that the French authorities have manipulated or used procedures to oppress or unfairly prejudice Mr Djouhri,” Baraitser said.

“I therefore order the extradition.”

Djouhri has seven days to appeal.

Sarkozy, president from 2007-2012, was questioned and officially placed under investigation last year about allegations relating to Gaddafi, claims he has described as “grotesque”.

The inquiry, which opened in April 2013, is focusing on offences ranging from illegal campaign financing, passive bribery and concealment of embezzlement of Libyan public funds but it is not yet known whether a trial will take place.

As president, Sarkozy hosted Gaddafi for a lavish five-day visit in 2007 during which the former Libyan leader, then rekindling ties with Western powers after years of being ostracised, hosted visitors in a tent pitched for him in the garden of an official residence.

But in 2011, Sarkozy sent French forces to Libya as part of an international coalition following the Arab Spring uprising, resulting in the ousting and death of Gaddafi.

Since leaving office, he has faced a series of investigations into alleged corruption, fraud, favoritism and campaign-funding irregularities but has denied any wrongdoing.

Djouhri, who is a company director of a firm that deals with sanitation, water treatment and solar energy, had developed connections with Libya and North Africa and his expertise had been called upon by the French authorities since the 1990s, an earlier British court hearing was told.

French authorities accuse him of selling a 1.3 million euro villa in south France for more than 10 million euros to a Libyan sovereign fund. They also accuse him of paying 500,000 euros in 2008 to Sarkozy’s close aide, Claude Guéant.