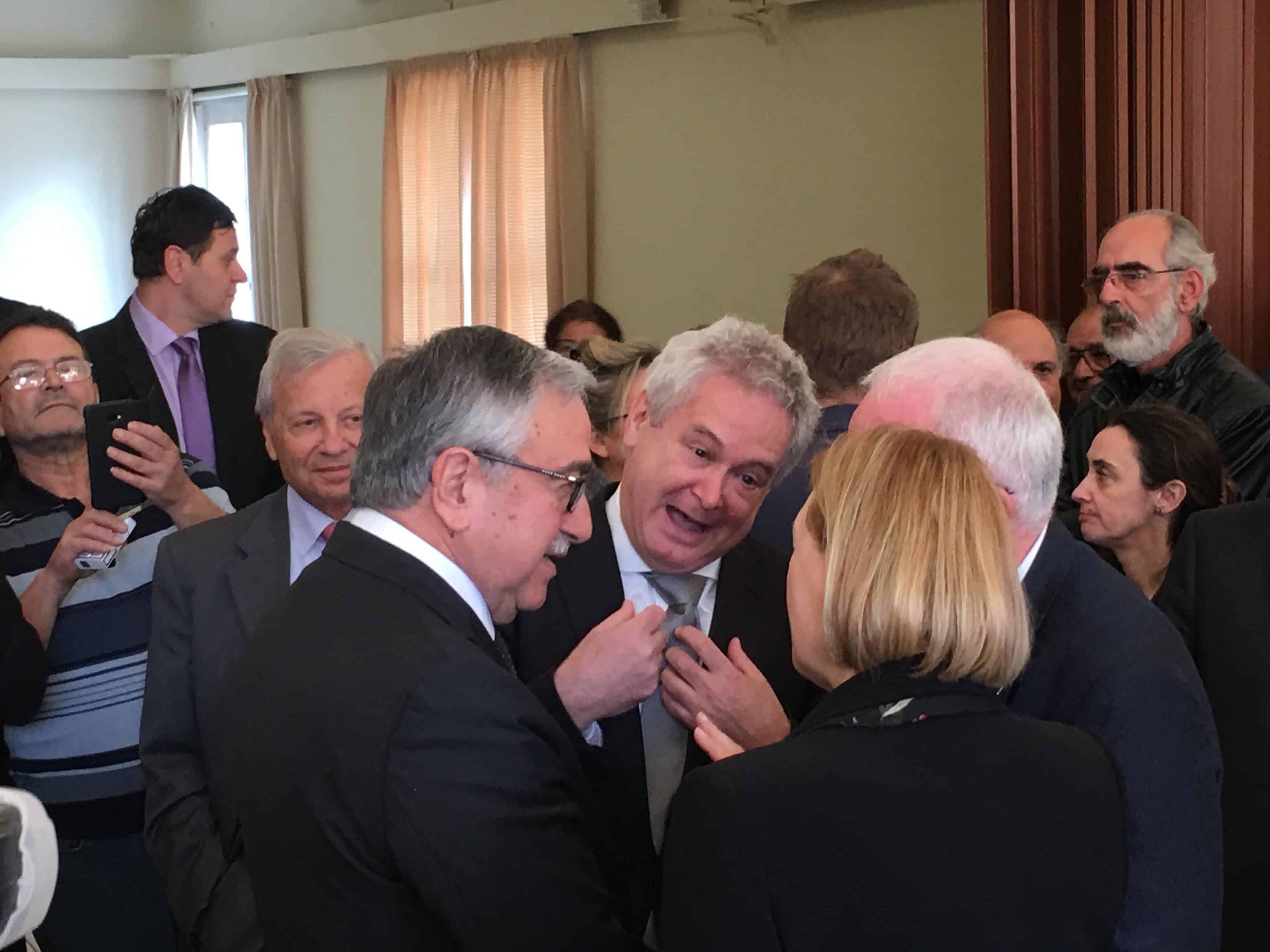 Athienou mayor Kyriacos Kareklas discussed the issue of the opening of a crossing in Pyroi with Turkish Cypriot leader Mustafa Akinci during a bicommunal event on Wednesday in Nicosia.

According to an announcement by Athienou municipality, Kareklas had the opportunity to discuss the need to open the Aglandjia– Piroi crossing with Akinci during a reception hosted by the Slovak embassy at Ledra Palace hotel in the buffer zone.

The mayor also discussed the issue with chief negotiator Andreas Mavroyiannis who reassured him that President Nicos Anastasiades had discussed the matter during Tuesday’s meeting with Akinci.

The Greek Cypriot side will not agree to the opening of other crossings unless that of Pyroi is on that list, Mavroyiannis told Kareklas.

Athienou has been pressing for years for the opening arguing that it would shorten the area’s distance with Nicosia.