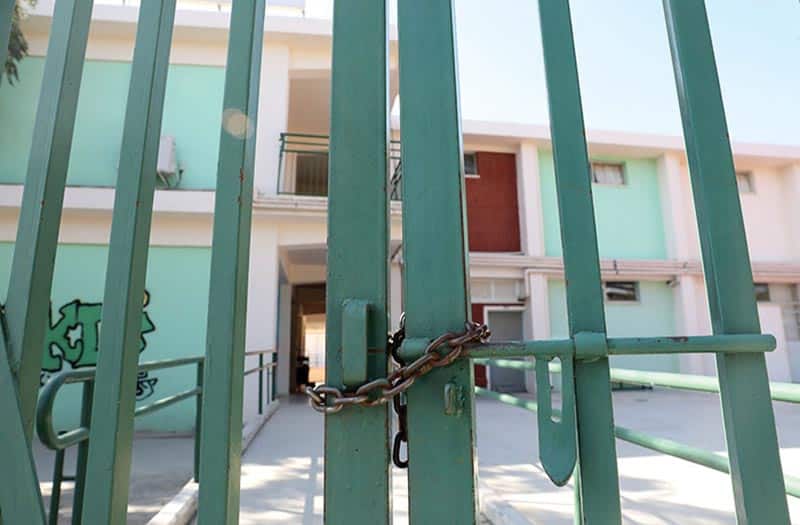 Teachers in secondary and technical schools across Cyprus staged a one-hour work stoppage at 11am on Wednesday in protest of a violent incident at a Larnaca school, while the secondary school parents’ association also approved the strike.

Three people were injured during a fight at the Larnaca technical school Ayios Lazarus on Tuesday after a student under attack called on teachers to come to his assistance.

President of union Oltek Panayiotis Lysandrou said the leaderships of the two teacher unions, Oltek and Oelmek, held an urgent meeting on Tuesday night to discuss the violent outbreak by an 18-year-old student.

They decided that at 9am on Wednesday the secretariats of the unions would visit the Ayios Lazarus technical school in Larnaca, where the incident took place, before the island-wide work stoppage.

“The work stoppage is being carried out to protest against, and to raise awareness about, the issue of violence in schools, which needs to be alleviated if it cannot be solved,” Lysandrou said.

Asked whether Oltek has proposed a specific plan to solve the problem, Lysandrou replied: “There are many different ways, but we are not experts. There are various bodies and professionals who can help us, we have to find them, we have to discuss with them and decisions have to be made at last.”

According to an announcement, the unions request an urgent meeting with the education minister to discuss the matter which should be followed by meetings with other stakeholders.

Yiannos Socratous, president of secondary-schoolteachers union Oelmek said they wanted to send a clear message to the education ministry “that this issue should be addressed much more seriously”.

“Teachers cannot and should not be turned from educators into police officers.”

Head of the secondary parents’ association Kyriakos Nikiforou on Wednesday suggested more counselling in schools and said there should be more psychologists and social workers to help troubled children.

The 18-year-old student attacked a classmate, 17, as well as two of his teachers at the Larnaca school.

According to the report received by police, just after 1pm on Tuesday, the two students began arguing, after which the 17-year-old sought the help of a teacher.

Two teachers who tried to separate the students were injured by the 18-year-old.

The 17-year-old was transferred to Larnaca general hospital where he was kept as a precaution.

The injuries of the teachers and the 17-year-old did not appear to be serious.

The 18-year-old, who police was told was “out of control”, was examined by a psychologist at Larnaca general hospital. Later in the evening he was transferred to Athalassa psychiatric hospital.

A national strategy with a view to preventing and managing violence in schools was announced by Education Minister Costas Hambiaouris in October last year.

At the time he said promoting a safe school environment, and responding in the best way possible to pupils’ emotional and social needs, was a central concern for the state.

Vassiliou says still compiling list of artworks to be returned