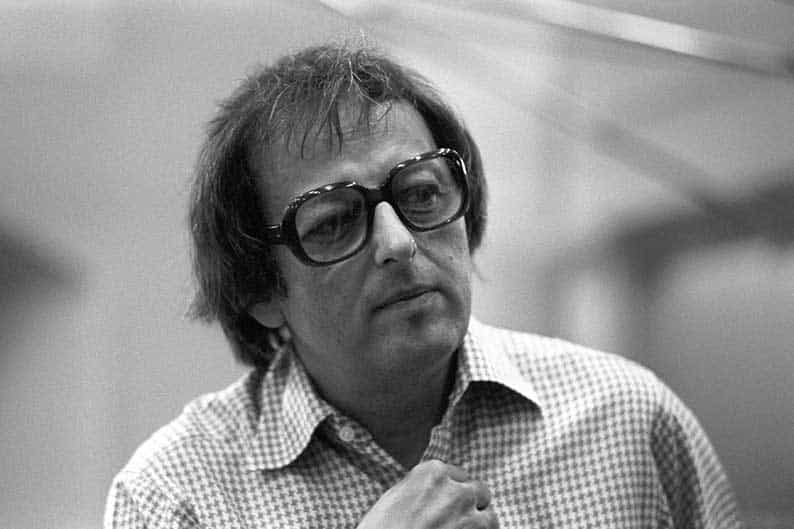 Andre Previn, who has died aged 89, was one of the most versatile and distinguished musicians of his generation.

His repertoire ranged from jazz through to the composition of classical music, film scores, and as musical director and conductor of some of the leading orchestras worldwide.

He was a pianist of the highest calibre, winning four Oscars for his film work and 10 Grammys for his recordings, as well as a lifetime achievement award from the Recording Academy.

Although he was German by birth and became a naturalised American in 1943, Previn had many associations with Britain.

But he will be principally remembered in Britain for his hilarious appearance on the Morecambe And Wise Show in 1971.

He was introduced as “Mr Andrew Preview” or “Privet” in a show which involved his conducting a spoof performance of Edvard Grieg’s famous Piano Concerto, with Eric Morecambe as the soloist.

Previn demonstrated his talent for high comedy – he learned his part during a transatlantic flight to Britain – and the sketch has been hailed as one of the funniest comedy moments of all time.

At a concert in Britain afterwards, Previn had to stop the playing of the concerto to allow the audience to stop laughing as they remembered the Morecambe And Wise Show appearance.

Previn was knighted in 1996, but as a foreign citizen he was not entitled to the form “Sir Andre Previn”, but was entitled to use the letters KBE.

Previn was born Andreas Ludwig Priwin to a Jewish family in Berlin.

In 1939, he and his family emigrated to the United States to escape the Nazis.

He was married five times, including, for a period, to the actress Mia Farrow.

He was principal conductor of the London Symphony Orchestra (LSO) from 1968 to 1979.

During this period, he and the orchestra appeared on television in the programme Andre Previn’s Music Night.

He also adapted and composed the music for several films, some of them stage-to-film adaptations, including My Fair Lady, Kismet, Porgy And Bess and Paint Your Wagon.

Previn made two albums with Dinah Shore as arranger, conductor and accompanist, and later collaborated with Dame Julie Andrews on a collection of Christmas carols, focusing on rarely heard carols.

He continued to release music into his eighties and in 2008 was handed the Gramophone lifetime achievement award for his work in classical, film and jazz music.

The collection of decidedly relaxed yet emotionally charged standards saw him buoyed by familiar territory.

The record peaked at number eight in the Billboard jazz albums chart.

In recognition of his work with the LSO, he was invited to become conductor laureate in 1993, a position he held until 2016.

He was then invited to take up the newly created post of conductor emeritus – a role he held until he died.