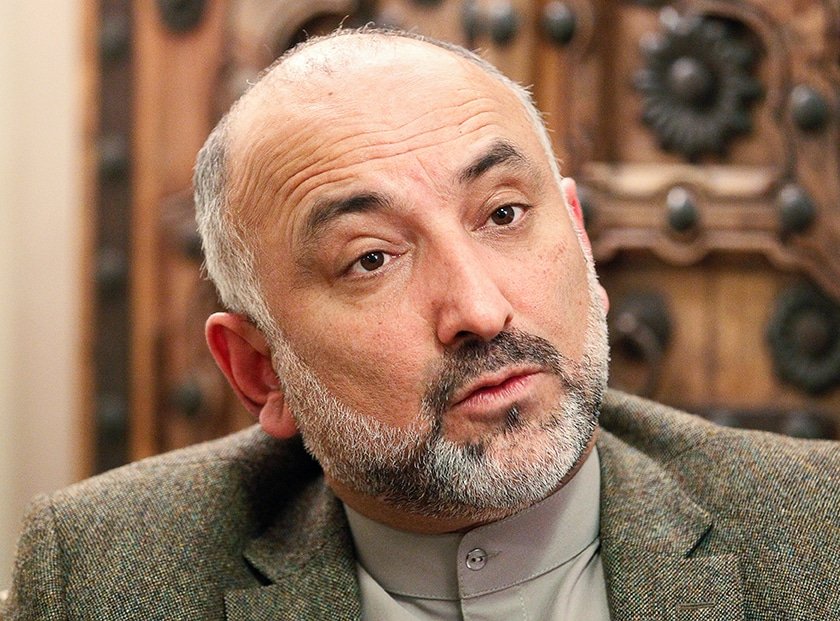 An influential former adviser to Afghan President Ashraf Ghani, now a leading electoral rival, has accused his old boss of hampering peace with the Taliban by blocking efforts to include a broad range of voices in the process.

With Afghan politics in deep confusion as talks between the United States and Taliban representatives proceed, Mohammad Haneef Atmar, a former national security adviser once seen as the second-most powerful man in Afghanistan, accused Ghani of exploiting the uncertainty to gain re-election.

“The president is making things very difficult by taking measures that are extremely unfavourable to the process,” Atmar, who resigned from the government last year, told Reuters in an interview.

The comments reflect the extent to which the peace process has become tied into upcoming presidential elections at which Atmar, a veteran of decades of Afghanistan’s treacherous and often bloody politics, will be a leading contender.

Like other candidates, Atmar has called for Ghani to step down in May, when his five-year term ends, to clear the way for a caretaker government that would allow a broader-based approach to the peace process.

“We are certainly supportive of a caretaker government when on 21th of May the mandate of this government comes to an end. Given his record we are much better off without him.”

Harun Chakhansuri, Ghani’s spokesman, said the president has clear plans for bringing peace to Afghanistan and had repeatedly called on the Taliban to talk with the Afghan side.

“The only person that has a proper plan, road map and initiative for peace is President Ghani, and the consensus on peace is the result of this road map,” Chakhansuri told Reuters.

Chakhansuri added that the president would stay until elections were held and said Atmar’s call for Ghani to step down was “baseless”.

Ghani has so far been sidelined from any direct role in the process by the Taliban’s refusal to talk to what it considers a US-appointed “puppet” government.

He was reportedly furious when a group of leading politicians outside the government, including both Atmar and former President Hamid Karzai, met Taliban officials in Moscow.

Atmar said the politicians were keen to convince the Taliban to talk to Ghani’s peace representatives but had been blocked by the president, who has pushed the United Nations not to relax travel restrictions on Taliban representatives.

“First he criticized everyone who participated and second, he is writing letter to UN to bar the Taliban from travel,” Atmar said.

An ethnic Pashtun former intelligence officer in the communist government who lost a leg fighting the anti-Soviet Mujahideen in the 1980s, Atmar, who speaks fluent English, is well liked by Western officials.

He was a central figure behind a 2014 bilateral security agreement with the United States and a 2016 reconciliation accord that allowed former warlord Gulbuddin Hekmatyar to return to Kabul and rejoin the political mainstream.

If he won the election, he said, his priorities would be national unity, peace, justice and cooperation domestically and beyond.

Atmar’s rift with Ghani adds to the uncertainty among many Afghans about the future and questioning whether the peace talks between the United States and the Taliban will bear fruit.

The election is also shaping up as a major challenge for the government, with rising speculation that the poll may be delayed or not held at all if a peace deal is reached with the Taliban.

Atmar, who resigned over “serious differences” with Ghani, said he was not confident the election would be free of the fraud that marred both the 2014 presidential election and last October’s parliamentary election.

“We are absolutely concerned about interference of the government in the election and he is seriously abusing his incumbency power,” Atmar said.

“If he does change the way he is behaving, he will be seen as the main obstacle not only to peace but holding a free and fair election.”

Bases warn of military exercises as of Sunday