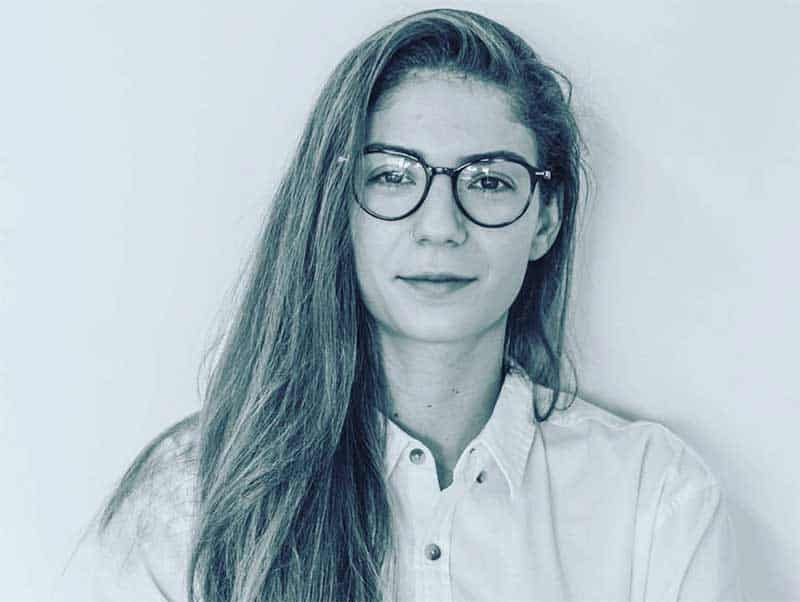 Where do you live?
I live in the old part of town in Nicosia, with my friend Stella and our dog Kasti

Best childhood memory?
The sound of the rooster crowing in the morning at my grandmother’s house, the breeze of the air coming in from the window and me waking up to go play with the swing in her garden until the time I had breakfast

Most frequented restaurant and absolute favorite dish? What food would you really turn your nose up to?
Hmm. Zest makes the best tuna steak with a nut crust that I have ever tried! It comes accompanied with a Quinoa Salad. What I dislike? Snails! How do people eat them in this country? I really don’t get it!

What did you have for breakfast?
A homemade coconut-cacao energy ball and a fresh orange

Would you class yourself as a day or night person? What’s your idea of the perfect night/day out?
Definitely a day person. Waking up early, having a nice breakfast in the yard and going for an excursion, probably an adventure with friends in the countryside

Best book ever read?
Love’s Executioner by Irvin Yalom. My existential issues were ripped off me, one by one, like a banana peel and then I could see clearly the answers to my aspirations.

Favourite film of all time?
I would say Pulp Fiction but at this point in life I think Eternity and a day of Theo Angelopoulos. Life has no meaning, we make one up by having moments and experiences, so don’t surpass them in your fast-pace mode of responsibilities.

Favourite holiday destination? What’s your dream trip?
The ideal holiday for me was at the Greek island of Poros where I would water ski 2-3 times a day in perfectly calm and crystal waters. Then I was spending time at the house, which was literally on the beach, and play with the owner’s dogs, eat seasonal and local food and go for drinks around the island during the nighttime. It was just simple yet so peaceful.

What music are you listening to in the car at the moment?
Rembetika – an old CD of my dad’s, which I can’t seem to get rid of but I am starting to like it!

What is always in your fridge?
Kombucha tea, a fermented SCOBY (symbiotic culture of bacteria and yeast) which is full of probiotics

Dream house: rural retreat or urban dwelling? Where would it be, what would it be like?
If you haven’t figured it out already… I would go for the rural retreat. Small traditional house Π-shaped, big garden, veggie patch and probably tons of animals.

If you could pick anyone at all (alive or dead) to go out for the evening with, who would it be?
Nikos Kazantzakis, I want him to give me a thorough explanation of his mindset and experiences when he was writing Ascesis: The Saviors of God. How he came up with those conclusions which still act as pillars in our modern society?

If the world is ending in 24 hours what would you do?
Give a hug to all my close family members and loved ones and really look them in the eyes, with honesty, love, vulnerability. Take a walk near a river with my best friend and just talk about everything. Then I would like to end up under a waterfall, making love in the dark as the world is turning into ashes.

What is your greatest fear?
Since I was a little kid I was afraid not to remember the things I lived, the moments I gained, growing up… then I think my greatest fear is forgetting, forgetting where we come from

Tell me a joke…
It’s not a joke but some words of wisdom….
The entire world’s technology won’t save you from the harm your body will cause you because of the way you are behaving towards it.

Fire destroys bus carrying students but no one injured

Slovenia says ‘a lot’ of EU states would back Brexit extension